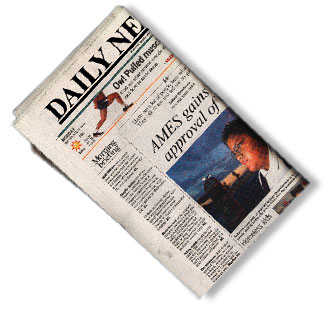 Did you happen to catch this morning's Tallahassee Democrat article on the controversy that is finally brewing in downtown Tallahassee? You might recall that I wrote a blog in early December about a bogus compensation plan that Tallahassee City Commissioners awarded themselves (and deemed legal by OUR city attorney who also received the 60%+ raise).

This whole issue was brought to light because Erwin Jackson wouldn't let it go. He asked the City Commission to bring in outside people to review the legality of the entire ordeal. The City Commission waived him off, citing the fact that it had already reviewed the legality of the raise with its own attorney. Mr. Jackson has continued to pursue this and finally it is getting some attention.

When I wrote about the good work that Mr. Jackson was doing, the blog article received a lot of traffic. Over 6,000 people (a lot for a real estate blog article on politics) have read my article on Erwin Jackson and the Tallahassee City Commission, and one reader in particular had a comment that seems to have gone beyond the blog. This reader, "Frank" wrote:

Good job. I thought it was the newspaper’s job to investigate and report on such things, not the Real Estate Blog’s. The Mayor’s finely nuanced remark that he believes everything the city atty says flies in the face of logic. It calls into question either the Mayor’s competence to serve or his integrity and it clearly confirms the newspaper’s credentials.

Thank you "Frank" for taking the time to comment on the Tallahassee Real Estate Blog. Apparently, word does travel (slow, but it does move!) The message seems to have traveled to the Tallahassee Democrat and they have helped make this issue public for review and discussion.

This morning's article is going to force some outside agency (maybe the Attorney General) to review the legality of the 60+% raise. I certainly am not a legal expert, but as a long-time resident of Tallahassee, I do believe that this self-serving action by the City Commissioners was not in our best interests and was highly unethical. The "whip cream on top of the cake" was having an involved party (City Attorney Jim English) act to provide a legal opinion on behalf of the citizens of Tallahassee.

Someone should also look at City Electric. We have extremely high rates due to the simple fact that our electric provider is not from the private sector. The decisions are not made by a business seeking a profit, but rather by someone who can sign away customer's money without any accountability. How much money does the City Electric spend on the float in the parade? Why was fuel bought at the worst possible time for the worst possible rate? The answers to these questions will also answer the most important one... Why are our electric bills of the highest in the state???