Two unrelated events occurred yesterday that really got me thinking about all of the issues and events that affect the Tallahassee real estate market. First was an email from a Tallahassee homeowner who needed advice on her home.

She is one of the victims of high unemployment, pay cuts, and lost jobs that have occurred in our area due to the struggling economy. The one chord that really struck with me was when she pointed out that she had worked for the State for 20 years yet had to take a cut in pay to remain employed. This is not the first time that I have seen this occur, and my heart goes out to her. 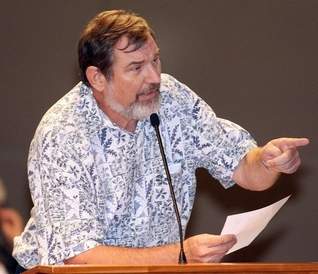 The second and totally unrelated event was an article that was published on the Opinion Page yesterday in the Tallahassee Democrat. Mr. Erwin Jackson has raised a question of the legality of the raise that the City Commissioners gave themselves without putting it to a public vote.

I really recommend that you watch the video below and you read the opinion piece in the newspaper because if this is truly an unlawful act on the part of our City Commissioners, then there needs to be a loud response by the residents of Tallahassee.

The point in tying these two unrelated events together is that during a time when people are calling me for advice about keeping their homes, even though their jobs have been reduced or terminated, I find it hard to read about City Commissioners giving themselves a 61% raise. Had this gone to a vote, would you have voted these part-time public servants a raise?

I do not claim to be an expert (nor do I want to be one) in the field of politics. Nevertheless, this issue is at the heart of our depressed housing market, so I will do my best to convey Mr. Jackson's point of view. If I miss something or do something that is incorrect, I trust our readers will correct me and I can make the correction.

So, if I understand Mr. Jackson correctly, it looks like our City Commission cooked up a plan to give themselves an unlawful raise by calling it something else. They called it "deferred compensation." Yet they deferred no compensation, they continued to cash their fully-funded paychecks, and they each received an additional $22K per year! Me thinks something is rotten in the state of Denmark!

Erwin Jackson Asks Tallahassee To Demand More Of Its Leadership

Tallahassee city commissioners are elected to be public servants, and we give them our public trust to represent our community interest. Now, however, many residents are questioning whether our commissioners are serving themselves instead.

Erwin Jackson will be speaking at the City Commission meeting, in City Chambers, today (December 2, 2009) at approximately 5:00 p.m. He asks that any and all concerned citizens be there to voice their objections as well. Additionally, he encourages letters to the editor at the Tallahassee Democrat and the submitting of "Zings" if they are appropriate.

The following video takes about 4 minutes, but it shows Mr. Jackson asking the City Commission to seek an independent review of this action by the Attorney General's office. He is swiftly told that the City Commission's attorney (who also got a 61% raise) had said it was fine and no outside review was needed...

Good job. I thought it was the newspaper's job to investigate and report on such things, not the Real Estate Blog's. The Mayor's finely nuanced remark that he believes everything the city atty says flies in the face of logic. It calls into question either the Mayor's competence to serve or his integrity and it clearly confirms the newspaper's credentials.

Thanks Frank. I'll be curious to see what is reported after tonight.

Thanks Joe for assisting in shedding light on this deferred compensation scam. The information you presented in your article was absolutely correct and the weight of the truth will cause the Commission to resend this vote.

Erwin, Thank you for working to bring this to the light Erwin. I hope that we really do get an outside review. I suspect they'll be sleeping less if they do.

Will the Florida Commission on Ethics be the appropriate body to give an opinion on this, perhaps? Thanks for bringing this to the public's attention, Ervin. I believe they've voted themselves more total compensation than any other part-time city commissioners in the state, and certainly more than for any other medium-sized city such as Tallahassee.

Maybe the Tallahassee Democrat could at least report the results of the investigation. (I won't get my hopes up on that, though.)

I have no idea Tallylynne, but it sounds like a good idea!

Very sad to read.. seems that too many public servants are too busy “getting theirs” that they are not stopping to ponder where our country, as a whole, is going. Of course we will all we go down together, including their own kids and grandchildren. Selfish is not even the right word.. it’s more like mass insanity at this point. I mean, with so much sick corruption taking place within our own borders it’s easy to see how our country will no longer belong to us, unless people start waking up, and quickly! We are setting ourselves up to be raped, beaten, and killed by every other tom, dick, and harry which enters our way, such as, China, Saudia Arabia, etc.. it’s open season when the system becomes a whore.

I did not vote for any of the city commissioners nor do I necessarily support them. However Mr Jackson is just like the people he is slamming. He is stating half truths and outright lies just to get elected and his agenda out. He has seems to only have cursory knowledge about the topics he rants about. While I agree somewhat with your statements I would not align myself with Mr. Jackson or Mr. Stewart. They too are politicians at heart!