It's Time To Extend The Mortgage Forgiveness Debt Relief Act

I am not sure why, but there isn't much talk yet about extending the Mortgage Forgiveness Debt Relief Act into 2015.

Before you (yawn) and figure this topic doesn't impact you, you might want to reconsider your position.

In fact, this issue will have a significant impact on home values for the next five to ten years, so you might want to take the time to speak your mind.

NOTE: This Article Will Be Periodically Updated As Events in Washington Unfold. Please scroll to the bottom and find the dated updates through 12/18/2015.

Only our government could create a program with this long of a name, but in its defense, the Mortgage Forgiveness Debt Relief Act has been a major contributor to the housing market recovery that is ongoing throughout most of the United States.

If you borrow money and the lender later cancels or forgives the debt, you may have to include the cancelled amount in income for tax purposes, depending on the circumstances. When you borrowed the money you were not required to include the loan proceeds in income because you had an obligation to repay the lender. When that obligation is subsequently forgiven, the amount you received as loan proceeds is normally reportable as income because you no longer have an obligation to repay the lender. The lender is usually required to report the amount of the canceled debt to you and the IRS on a Form 1099-C, Cancellation of Debt. The Mortgage Debt Relief Act of 2007 generally allows taxpayers to exclude income from the discharge of debt on their principal residence. Debt reduced through mortgage restructuring, as well as mortgage debt forgiven in connection with a foreclosure, qualifies for the relief.

Originally scheduled to end in 2012, it was extended another year to cover 2013 as well.

Not unless Congress decides to extend it again.

Consider this your cue to get involved.

Why The Mortgage Debt Relief Act Needs To Be Extended 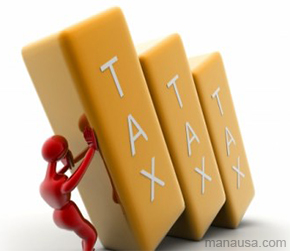 There are millions of people in the US who owe more on their homes than they are worth. And we know many of them would like to sell their homes, but they are trapped again. Many will want to do a short sale.

If these upside-down homeowners were to sell a home today (meaning go to contract today but close after the turn of the year), they would incur an income tax penalty for any debt relief they obtained through a short sale.

To determine how many people might find themselves in this position, we can take a look at information gathered and prepared by the National Association of Home Builders regarding the length of home ownership in the United States. 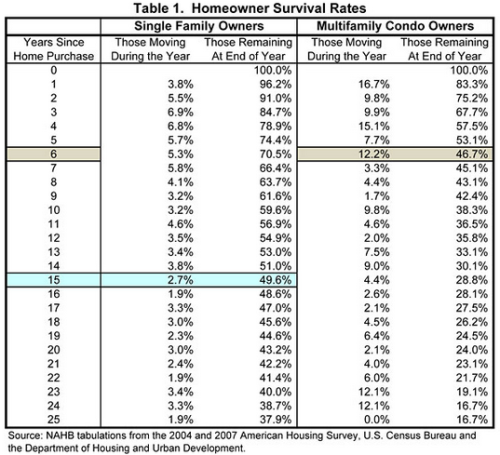 The table above shows that roughly 30% of single family homeowners move within the first 6 years of home-ownership, while 50% move within the first 15 years. That means people who paid a premium for their homes during the housing bubble (2004 to 2007) will be hitting the market in mass from 2010 to 2022. Basically, this means were are really only 3 years into the recovery for these upside-down homeowners.

SHOULD I SHORT SALE MY HOME?

We offer this free e-book to explain the short sale process to everybody who owns a home and wants to know more about all of their options. With over 86 pages of information on nearly every short sale question that we have ever received, it is a valuable resource for homeowners.

The book includes information about the Home Affordable Foreclosure Alternatives (HAFA) as well as the loss mitigation phone numbers for most lenders in the United States. Finally, we offer complete State-by-State guidance for our readers who are not necessarily located in the state of Florida.

Get your free copy now. All you have to do is tell us where to send it!

Of course, these statistics were created from past home sales, prior to the housing bubble. The rate of sales "back then" was not abnormally impacted by owning a home with a negative value, so people who no longer wish to own their upside-down home might be moving faster than was historically anticipated. Does this mean there could be many more sellers wanting to hit the market right now?

The Bill that will extend this through 2016 is now sitting on the President's desk. From everything that have read, it will be signed into law today. This means that short sellers still have an excellent alternative to a foreclosure sale.

Congressman Tom Reed (R-New York) introduced the Mortgage Forgiveness Tax Relief Act of 2015 (H.R. 1002) on February 13, and that bill is now being heard in the House Committee on Ways and Means. Two weeks later, Senators Debbie Stabenow (D-Michigan) and Dean Heller (R-Nevada) introduced a similar bill (S. 608), which is currently in the Senate Banking Committee. Both bills would extend relief to homeowners on forgiven mortgage debt through 2016. The bills would allow homeowners to exclude the forgiven debt from federal income tax forms and not report it as earned income.

The extension has been passed by the U.S. House and Senate, and is now headed to the President’s desk for signature. This will provide for the 2014 year ... time to press for an extension in 2015 as well!

With time running out before the expected Dec. 11 adjournment of the Congress, House leaders put together H.R. 5771 as a last effort to prevent tax increases for many Americans for 2014.

While there are many in the Senate of both parties who are disappointed with only a one-year extension of the expired provisions, H.R. 5771 is likely to pass as the last best alternative to no tax extenders bill at all. The President has signaled that he will likely sign a one-year bill.

The Senate Finance Committee passed a two-year retroactive extension of tax relief for households who’ve had mortgage debt forgiven by a lender as part of a short sale or loan modification. While it’s only a small step, it moves the bill closer to full consideration by the Senate.

“We applaud the Senate Finance Committee for approving a bipartisan compromise bill today,” National Association of Realtors® (NAR) President Steve Brown says. The legislation still needs to be passed by the full Senate and also by the House before moving on for President Obama’s signature or veto.

From the Washington Post: "Though there has been no formal announcement, the Senate Finance Committee under its new chairman, Ron Wyden (D-Ore.), expects to take up a so-called “extenders” package sometime this spring. “This is high on [Wyden’s] priority list,” according to a source with direct knowledge of the committee’s plans."

Update on the current status of the mortgage forgiveness debt relief act extension that expired at the end of 2013. The last one-year extension was passed on New Years’ Day 2013 and was good through 12/31/2013. Not much has effectively happened since that time. Bi-partisan bills in both the House and Senate (H.R. 2994/S. 1187) have been offered to extend the provision for one or two years. Unfortunately, the current prospect of these bills being enacted in the short term is not particularly high. I will keep monitoring and update the situation as changes occur.

Pent Up Supply Is Slowing The Market

If the Mortgage Forgiveness Debt Relief Act truly concludes at the end of 2013, I am concerned that people will have to wait to sell their homes. While this doesn't seem alarming, consider the fact that even with historically low mortgage interest rates, the Tallahassee real estate market is trading at about 70% of its "normal" rate.

That means only 7 out of 10 families who would normally be moving are doing so right now. This means we are in an environment where pent-up supply is growing, and we could end up with another melt-down if people stay trapped in homes that they either no longer want or perhaps they cannot afford to own.

By forgiving the income taxes on cancelled debt, Congress can make it easier for these trapped homeowners to make a move. In fact, this has exactly been the case for the past six years, and the program's success should be reason enough to extend it for several more years. Not just for 2014, but long enough to allow home values to return to levels high enough to end the need for short sales altogether.

Please consider taking the time to reach out to your elected officials and demanding a multi-year extension to the Mortgage Forgiveness Debt Relief Act, it could have a huge impact on the economic future of our Country.

I've emailed both my Congressman and one of my Senators in Pennsylvania to ask what is happening in Congress on any legislation to extend this Act and so far have had no response. From the Senator just an email that said " a response will come shortly". That was 2 weeks ago. From my Congressman, zero response. I would hope the realtor lobby groups would be pushing hard on restoring this Act. Anybody know if such efforts are being made?

My loan was modified in 2013 and I just received a 1099-C. Why am I getting this if the Mortgage Forgiveness Debt Relief Act was still in place in 2013? How can I not include it in my income tax filing for 2013. The taxes are really going to put me in a financial bind? I read something online that says to file a 982 and put the amount in #2 and 10B. Does this sound correct?

Yolanda, that is above my pay grade, go see an accountant. I will ask my accountant in Tallahassee to comment here as well.

Are they going to extend this Act through 2015 or 2016? I sold my house in 2015 in a short sale and without this Act, I would owe a lot in taxes. How come I don't see any articles about extending through 2015? Any insight would be greatly appreciated. Thank you.

Yes Selcuk. I have not seen confirmation that the President signed the extenders which specifically includes this provision, AND the IRS website still shows 2014 as the terminal date for the relief, but I suspect it has been signed. Surely there would have been a lot of noise had the President lined-out our provision on the 18th.

I get readers asking me all the time if the short sale tax forgiveness will be extended, so I'm happy to say ......