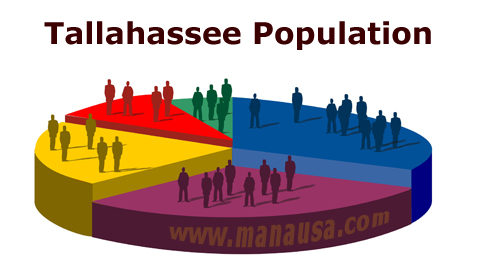 The Sunshine State is estimated to have had the modest addition of more than 21,000 residents between 2009 and 2010 after its population fell by more than 56,000 between 2008 and 2009, said Stan Smith, director of UF’s Bureau of Economic and Business Research. The population figures are interim estimates that will be replaced by numbers from the 2010 census when they become available early next year, Smith said.

Even though the rate of growth was low, this is VERY GOOD NEWS! Florida is used to averaging a growth rate of more than 125,000 people per year, but there was negative growth in 2009 (we shrunk!). So a return to growth, even at a lower than normal rate, is good news. Growing the population in Tallahassee and in Florida is one of the 3 cures for the Tallahassee housing market.

We have to remember that many people who want to move to Florida are locked into homes outside of our State. They have homes with negative equity positions and have to get them sold before they can make the move. So any growth could be a sign that some are making this happen already and maybe the national economy and housing market are at the start of a rebound.

The results from the 2010 Census are going to give us an idea how Tallahassee's population is doing, whether we shrunk again or if we followed the lead from our State and actually grew. I suspect we need to consume about 7,000 additional homes before we find balance in our market, which means assuming very low new construction figures, we need to grow by roughly 4,000 people before we have a chance at balance in the Tallahassee housing market.

Using our 2006 estimates for rate of growth in Tallahassee, we can estimate that time frame to be 3 to 4 years (the average growth rate for Tallahassee between 2000 and 2006 is estimated to be 1,166 people per year). So, what conclusions should we draw from this:

If it takes 3 to 4 years of population growth to achieve a balanced market, then we should expect pricing pressures for the next 3 to 4 years. The more new construction that occurs, the longer this period of pricing pressure will expand. However, the 2010 Census results might show a faster rate of growth, or any new industry could spur a faster rate of growth in Tallahassee, and this would reduce this period of time.

Home Sellers should not "wait until next year," rather they should either choose to sell now, or wait until values are better. Assuming 3 to 4 years before our population growth brings market equilibrium, it is a safe bet that values will not be above today's level in in the next 5 years!