Economic Forecast For The Tallahassee MSA 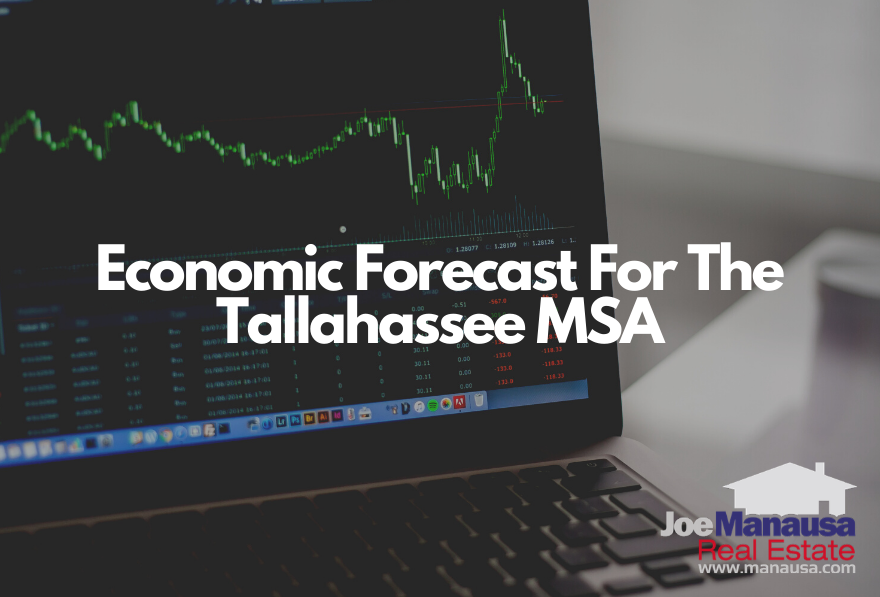 I received a timely and fact-filled email yesterday from Leon County Commissioner Bob Rackleff regarding "the collapse of Florida's growth. Reading through the email, I found it was a summary of the latest Florida & Metro Forecast from the Institute for Economic Competitiveness at the University of Central Florida. Needless to say, it was 94 pages of information that provides a lot of insight about their view of Florida's future.

For those of you who have a lot of time on your hands, I strongly recommend that you read through its summary section, as well as it's summary on the Tallahassee Metropolitan Service Area. You can download the Florida & Metro Forecast from the Institute for Economic Competitiveness here (all 94 pages...).

So, what does it forecast for the State of Florida (and specifically Tallahassee)?

While the figures for the State show a reduction in population growth, it does anticipate growth nevertheless. For Tallahassee, the report estimates our population to continue growing at about 1% each year. While this is a slower rate of growth than we have experienced in the past, it is better news than I had expected to read.

While we sit and wait to hear the verdict on State employment cuts (whether positions or salaries), this report states

"the Tallahassee area should see personal income growth averaging 3.1 percent each year, while average annual wage is also expected to grow 2.2 percent, one of the highest in the state."

I'm wondering how this can be possible?

Based upon their population forecast, Leon County population is forecast as follows:

While I'm no economist, I think we can glean some positive karma from a population growth of 7,600 people by the end of 2012 to help us consume a glut of homes that measures only in the "several hundred" range in Leon County.

I received this question from long-time reader "George" this morning and thought it fit in this blog quite well. George wrote:

Joe, I'd like your thoughts on the effects that   the pending/potential  budget reductions in higher education  will have on Tallahassee real estate. Thanks.  -George

First of all, what does the economic study say about cuts in higher education. On page 10 of the report, it states

"The one sector that has created jobs during this recession thus far and is expected to continue to expand through the duration of it and beyond is the Education and Health sector."

In Tallahassee in particular, the report on page 79 states

"Professional and business services will be the leading sector in Tallahassee. Education and health services follow that sector with 1.8% average annual growth."

George, while I haven't totally consumed this report yet, I find it paralleling other Florida Economic reports that see the higher education sector as a required service for our citizens, rather than as a huge economic incubator. The report does not address the void that is growing between people who have utilized the Florida Prepaid College Program and the apparent cut in the growth of "seats" in the classrooms in Florida.

I wrote a blog in October titled One Simple Way To Jump-Start The Real Estate Market that discussed how these 1.2 million future "students" should be seen as 1.2 million future customers of the school system and consumers of Florida's real estate and services for the years to come.

So George, to answer your question .... I don't think all the "talk" about education spending cuts (consider this the "supply side") has considered the fact that the future students ("demand side") want to know what Florida school to contact for enrollment. After all, they have already "paid their way," so the ball is in the court of the State of Florida right now. Solving the "how" in Higher Education can do as much or more to kick-start the Florida (and specifically Tallahassee) real estate market as anything else. After all, the customers have already been identified! 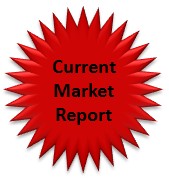 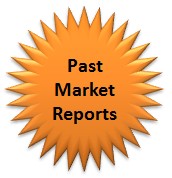 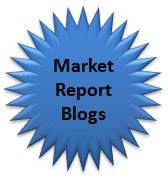 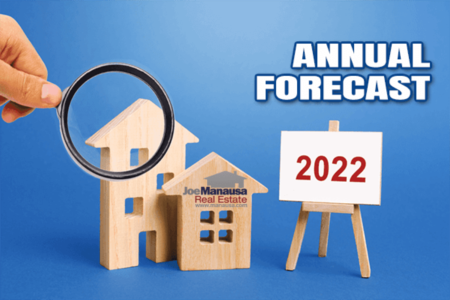 2022 Housing Market Forecast: Are We Moving To A Renter Nation? 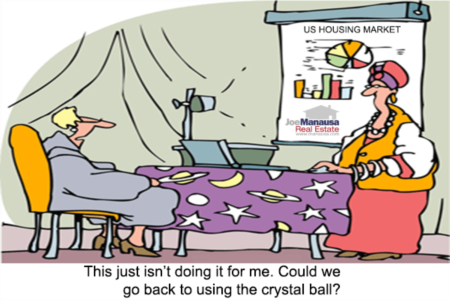 2021 is almost over, and I’m getting questions about my forecast for the housing market in 2022. I usually knock out ...