Ignoring The Shadow Inventory Will Not Make It Go Away 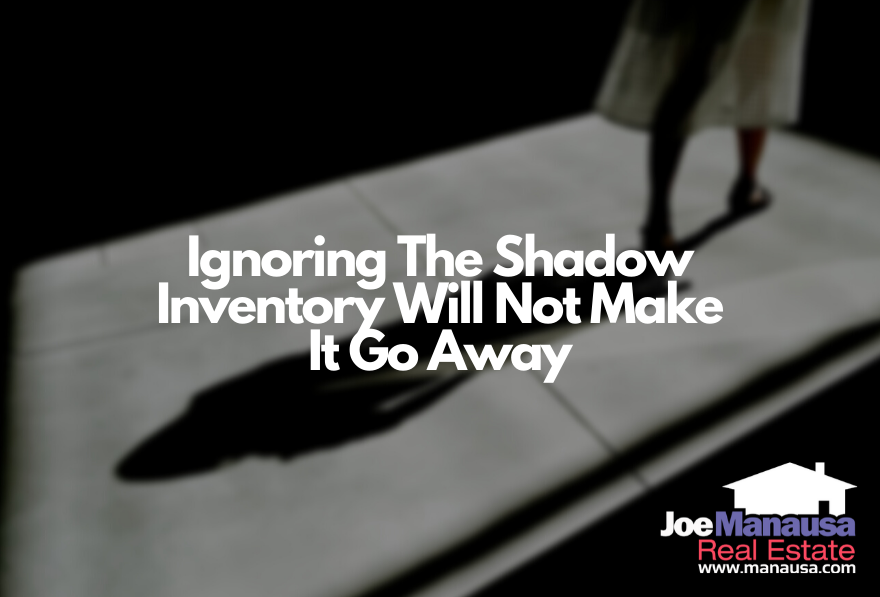 The National Association of REALTORS® released its monthly spin on the market two days ago, and I am noticing a growing trend of careful omission that seems to extend from coast to coast. Apparently, everybody is just hoping the shadow inventory of homes is just going to go away. 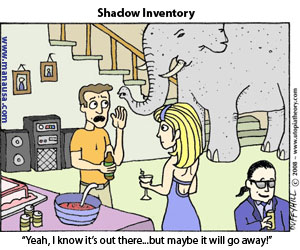 When reports and reporters talk about housing inventory levels, they need to address whether or not changing levels are caused by sales, or because of some other action. For example, if somebody plans on selling their home "when the market recovers," aren't they just "inventory in waiting?"

The key test for a durable recovery comes in the next few months as the tax credit deadline approaches,” Yun said. “If we see a surge in home buying comparable to last fall in the months leading up to the original tax credit deadline, then enough inventory should be absorbed to ensure a broad home price stabilization.

This is so typical of the real estate reports that I read from all around the country. This statement is not so much "incorrect" as it is a serious omission of the real issue. Sure the tax credit deadline is going to hit at the end of next month, and sure it is going to most likely slow down the rate at which median priced homes (plus or minus 20%) are selling, but is it really the biggest issue affecting inventory absorption?

Shadow Inventory Is The Elephant In The Room

I think the tax credit helped bring more buyers into the market, though not in the upper price ranges. $8,000 (or less) is not much of a motivator for somebody buying a $500,000 house though, so we saw homes priced well above the median values see little impact from the tax credit. When the tax credit goes away, I do not think it will have much impact on this segment of the market.

The shadow inventory of homes on the other hand is going to have a huge impact on inventory over the next few years. When we last analyzed the potential size of this pool of homes that should be in the market, but are not, we found that Tallahassee has more than 1 year's supply of homes in the shadow inventory. That means that while our measured statistics say that there are 12.6 months of supply of homes in Tallahassee, there is an equal or greater number of homes waiting in the wings for this great recovery.

Tallahassee is not abnormal in its shadow inventory issues. Almost everywhere around the country, homes are piling up that need to be sold, but have conveniently dropped out of the measured list of homes for sale. And there are dangerous signs that important market influencers are not paying attention to this.

But if we pretend like the shadow inventory does not exist, and we fire-up the construction industry again, it might have disastrous affects on an already battered housing market. The market needs to absorb all of the homes:

If you want to estimate the size of the shadow inventory in your area, just ask your REALTOR® how many homes failed to sell over the past two years that are not currently re-listed. Take that number and know that there is most likely a similar number of homes that are upside-down and with loan defaults that banks have yet to deal with. The number might be troubling. 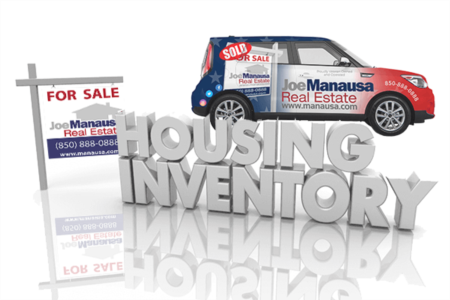 Available Inventory Up 51% Since May

The supply of homes for sale has been far too low all year, and it is much worse now than it was one year ago. But that ... 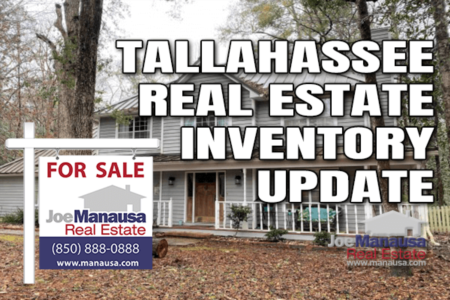 Prudent homeowners and prospective buyers are wise to study the supply and demand for homes in the market in which they ...