Why Foreclosures In Tallahassee Are Still Abundant

A good friend of mine who is also a real estate investor sent me an article yesterday that provides some insight as to why foreclosures in Tallahassee are going nowhere fast.

The recent article by 247wallst.com on "zombie homes," pointed out that roughly one in every five of the 770,000 homes in foreclosure across the US are vacant, and it's as if nobody wants them. But the big shocker is what this article explained about the foreclosure process.

Foreclosures In Tallahassee Take Too Long

It's one thing to say that the foreclosure process takes a long time. But if the information provided by 247wallst.com (via RealtyTrac) is accurate, then it goes a long way towards explaining the situation regarding foreclosures in Tallahassee. The article explained:

The average U.S. foreclosure ending in the second quarter of this year took 526 days to process. In some of the states with the most zombie homes, the average processing period was much higher. In Florida, the average foreclosure took 907 days to complete.

Why We Still Have Foreclosures In Tallahassee 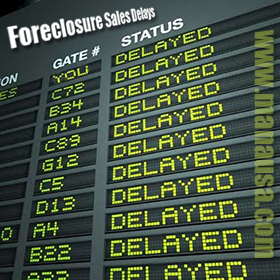 The simple reason that we still have homes in the foreclosure process is due to fact that demand for all homes has declined in Tallahassee. Even 2013, the best year on record going back to 2007/2008, is still recording home sales at a rate slower than what we saw in the 1990s.

With the glut of homes for sale in Tallahassee, the ones that are not in peak shape are being sold at a large discount (a discount too large for the banks to allow). So we have the banks saying "no" to short sales, while also not proceeding forward on the foreclosure sale. When will it come to an end?

The answer most likely is dependent on each different lender in our area, and to a degree, each property. If the bank feels that a property in foreclosure is appreciating (which is the case for homes under $225K on the eastern half of the Tallahassee real estate market), then the bank knows that a delay might actually result in more money for the bank.

Of course, I think most banks fail to realize the rapid decline of vacant foreclosures in Tallahassee. Our high temperatures and high humidity are not favorable for maintaining vacant housing.

If you are a real estate investor and want to be on the alert for the newest foreclosures in Tallahassee, just drop me a note and we can set you up with an investment specialist who will notify you of all the best deals in Tallahassee.