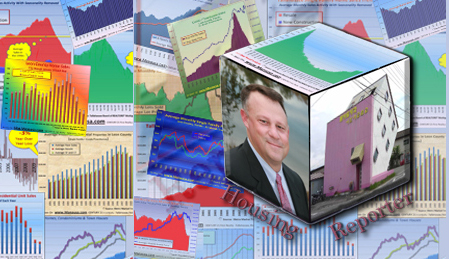 Well I am back from the CARTUS Broker Network International Conference that was held in Phoenix, Arizona this week, and guess what I have not done? I haven't gone on my real estate profile on Twitter and announced to the world that "I'm back in Tallahassee." With roughly 154,000 followers on Twitter now, I suspect nobody would really care. Or would they?

I wrote a blog post on Twitter and Real Estate a little over a year ago (I had 2,100 followers) and tried to explain the value of Twitter as best as I could from my inexperienced vantage point. I have enjoyed gaining a better understanding of this micro-blogging service since that post was written, so I figured I would share a few new insights for all of you "what the heck is twitter" folks.

Different strokes for different folks, right? Well I use Twitter primarily as a way of sending the housing reports that I find out to people who like to get a running stream of information about the housing market in the US. I occasionally post some overseas news, but HousingReporter on Twitter is primary a US housing report news feed. Remember, "tweets" are only 140 characters long, so I'm not sending these reports, rather I'm sending a headline and a link to the report.

Some people use twitter for much more than this. They tell you what they are up to whenever they have a chance... some use it to promote a product or products, while others use twitter primarily to "lurk" and see what others are saying and doing. Whatever your tastes, twitter provides an immediacy not found with other social media.

My buddy "Rock," like myself, is a forty something year old guy who asked me about Twitter. I came up with an analogy to explain it to him and thought I would pass it along.

So once you are following a lot of people (say more than 100), the stream of updates is far more rapid then you could possibly read. So why do it?

Being on twitter is like going to your high school reunion. Imagine you show up at the reunion and everybody from your 1,000 person class is mingling in the old gym. There are groups of people talking about everything and anything. Some are catching up with old friends, some are talking about current events, and others sharing stories that they've heard.

You walk into this gym and you (head to the bar) and then start looking around for people you remember. Technically, you know everybody in the room, but more likely you're looking for somebody you used to hang out with in school. So you wander around the gym and you hear all of these conversations. Mostly, you're looking for a familiar face, but you cannot help but overhear bits and pieces of conversations as you wander through the room.

Then you spy someone from the sports team who was a good friend so you head over to him. He's talking to somebody about something, so you don't interrupt, but you are now listening to a discussion and all the other conversations in the room just become background noise. You might chime in on the discussion, or you just might stand there and listen for a while. After a while, you might spot somebody else on the other side of the room and head over there. This process continues all night, as long as you stay at the reunion.

Note: When you see this button to the left of an article, you can click it (hint, hint) to send a link of the article to twitter. It tells people what you're reading and it creates a link to the web site which is a helpful thing for search engine optimization. The number above the "tweet" button shows how often somebody else has tweeted it already. If you like what you are reading, help the blogger out and broadcast the link to your followers!

Apparently, news and updates on real estate is interesting to 154,000 people on Twitter. I seem to gain about 300 new followers every day and I guess as long as the housing market is in disarray, I will continue to see this type of growth. Many people who find me on Twitter end up checking out my blog for various reasons, and I also create some valuable links to my real estate web site.

My traffic from Twitter has skyrocketed. I have learned so much about Twitter and how to use it in my business. I found a great Twitter followers tool that you can demo for free called Tweet Adder. I wrote an updated article on using Twitter for Business at the Internet Squeeze website, and it covers the 3 Keys to using Twitter for business.

Thank you Tom, you are very kind. It was a great show and I always enjoy hearing Richard A. Smith's comments on the housing market.

I'm so insulted Chris ... Don't you think they follow me because they hang on my every word? :)

No paid followers, just good 'ol fashioned networking since early 2008. Over 160,000 followers now. I use TweetAdder to help keep me straight and I think it is a great tool for continuous growth.