A Great Way To Ruin The Housing Market

If I were to try to ruin the housing market, I wouldn't need to do too much.

The fastest and easiest method would be to immediately raise mortgage interest rates back to historical norms, as it would push more buyers out the market and bring values down to levels that would set consumer confidence back ten years.

Of course, you could ruin the housing market by changing down payment requirements to 20% of more. This would ensure that only the wealthiest of people could buy homes, and the US homeownership rate would plunge. I suspect land lording would move to large corporations instead of the current "people control" level that we enjoy today.

But there is another way to ruin the housing market, and Congress will soon decide whether or not to pull the trigger.

Will Congress Ruin The Housing Market?

If you have watched or read the news lately, then you'll understand the concept of the “Fiscal Cliff” towards which the US economy is heading.

Many news reports speculate that a change to the long-standing policy that allows homeowners to write-off mortgage interest from their income taxes could be part of a “Fiscal Cliff” deal. This would ruin the housing market. Completely.

It would take a few years for sure, but increasing the cost of homeownership right now would just be a poor decision.

While it is common to hear that "something that matters to My Group" is "vital to the economy," this time I suspect that it is true.

We are just starting to see signs of a housing market recovery, we don't need Congress to put a few more nails in the coffin right now. 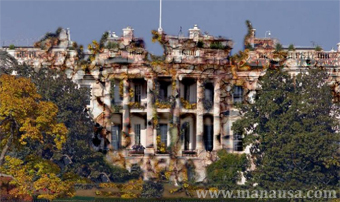 You can do your part.

And it is very easy to do. With less than 1 minute of work, you can let all your elected officials know that you are against them tampering with the mortgage interest deduction for homeowners.

Simply click on this link to alert your elected officials, then provide your name, address and zip code (so they know which district you are from), and the following email will be sent from you to each one.

Of course, if you would like to do it manually, you could "borrow" any of the language below that you like. But do let them know right now!

I am writing to you, as a constituent and as a tax-paying member of society, concerning an issue of critical importance to the United States housing market and the economy.

As my elected official, it is imperative you remain vigilant in opposing any plan that modifies or excludes the deductibility of mortgage interest.The mortgage interest deduction is vital to the stability of the American housing market and economy.

I am sending this message to ask you to stand with 70 million American homeowners. I will be watching to see who stands with us.

Thank you for doing your part, as we cannot allow Congress to ruin the housing market.