Last week, we uncovered an interesting methodology that we can use to evaluate long term home sales trends in the Tallahassee real estate market (or any other market in which you might have an interest). It involved using 20 years worth of housing market data in order to show the 1 year, 5 year, and 10 year moving averages for different metrics that we wanted to measure in the real estate market.

No other measurement is more important than overall home sales activity, and we measure this by looking at monthly home sales each month. In the real estate graph below, we have recorded monthly activity along with all of the trends mentioned above. 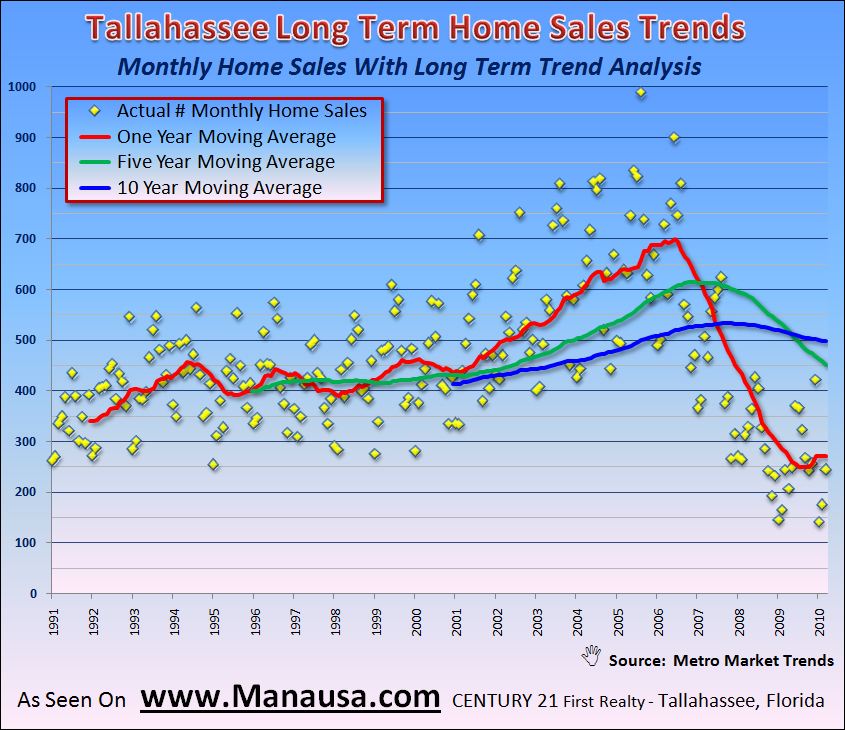 In the real estate graph above, we have borrowed an analysis process from Wall Street (thanks to long-time reader Steve R.). It has been a common practice for system traders to use technical analysis when trying to determine the future movement of a stock price. Steve suggested we use the same basic principal on the housing market, and the graph above is the result.

In our graph above, the red line is the fastest moving trend, and we see it crosses the five year trend three times, while crossing the ten year trend only once. When it crosses a longer-term trend and goes higher, this is a bullish sign and we can expect home sales to rise. This also suggests a period of great appreciation.

When our one year trend crosses below the longer trends, this is a bearish sign and we will see the number of home sales drop. In the case of a double crossover as we are now experiencing, pricing pressures due to sluggish buyer activity has caused depreciation in the Tallahassee housing market for the first time since the early 1990s.

The greatest "positive" that I take from the graph above is that it appears as if the one year trend (red line) has spent enough time below ten year trend (blue line) and using regression toward the mean we should expect fairly continuous growth in the one year moving average for the next several years.

This conclusion also jibes with our findings in the past that link an area's regular home sales to its population size. So expect continued bullish movements in home sales in Tallahassee, and expect another double crossover to occur in a few years or so. 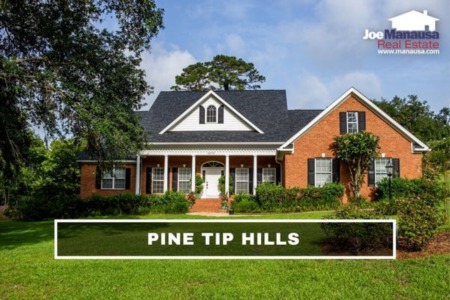 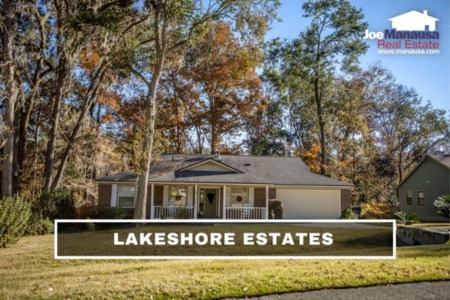