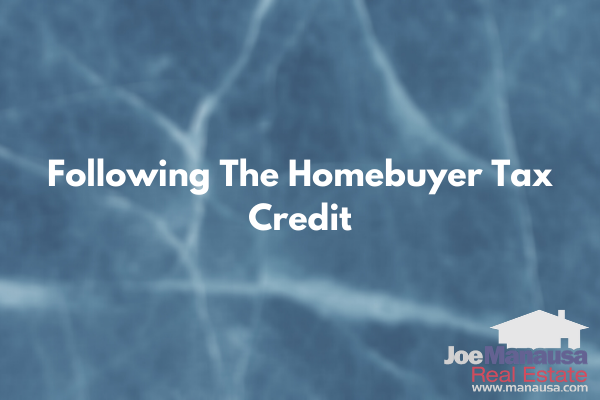 It has now been a month since the end of the Homebuyer Tax Credit and many of us are wondering how the market will react. For long-time readers of the Tallahassee Real Estate Blog, you know that I have predicted slower home sales, falling home values, but a rise in the "average" home price.

On February 17th, 2009, the American Recovery & Reinvestment Act 2009 was passed, which included a new, temporary tax credit as an incentive for first-time homebuyers. With this bill, first-time homebuyers could qualify for up to $8,000 in a tax credit for the purchase of a principal residence. The credit would cover the time frame of January 1, 2009 through December 1, 2009.

Later, it was determined that the housing stimulus was not so stimulating, so in November of 2009, the credit was expanded and extended. Now, the Homebuyer Tax Credit would include some existing homeowners plus first time homeowners in more price ranges if they were to buy a home prior to June 30, 2010 (but be under contract to buy one no later than April 30, 2010).

Examining The Results Of The Homebuyer Tax Credit Ending

The first place that we expect to see any changes due to the ending of the Homebuyer Tax Credit would be in the Pending Home Sales Report. This report measures the one-year trend of new purchase agreements, so any non-seasonal change in buyer activity would first be identified with this report. 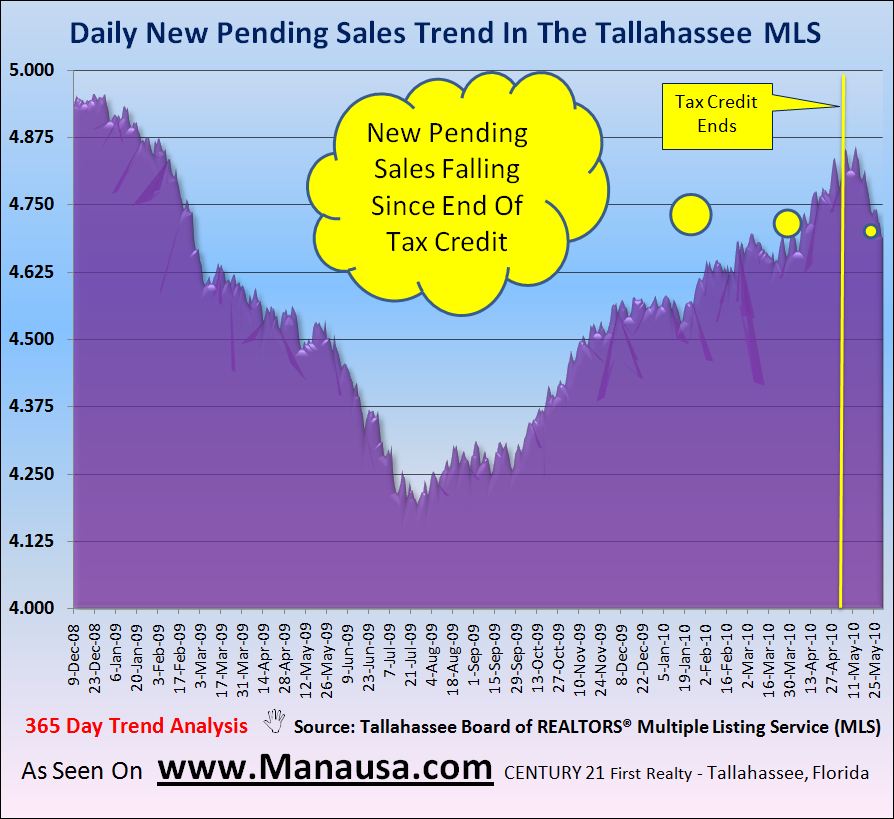 In the real estate graph above, it appears as if we are seeing a reduction in the number of new real estate purchase agreements since the end of the Homebuyer Tax Credit. The yellow vertical line marks the April 30, 2010 deadline for new contracts to qualify for the stimulus, and it appears as if the market really has noticed.

The next place that we will see the effects of the ending of the housing credit will be in the new closed sales reports, but these changing results should not begin until the first week of July. The following graph shows that new real estate closings are still on the rise. 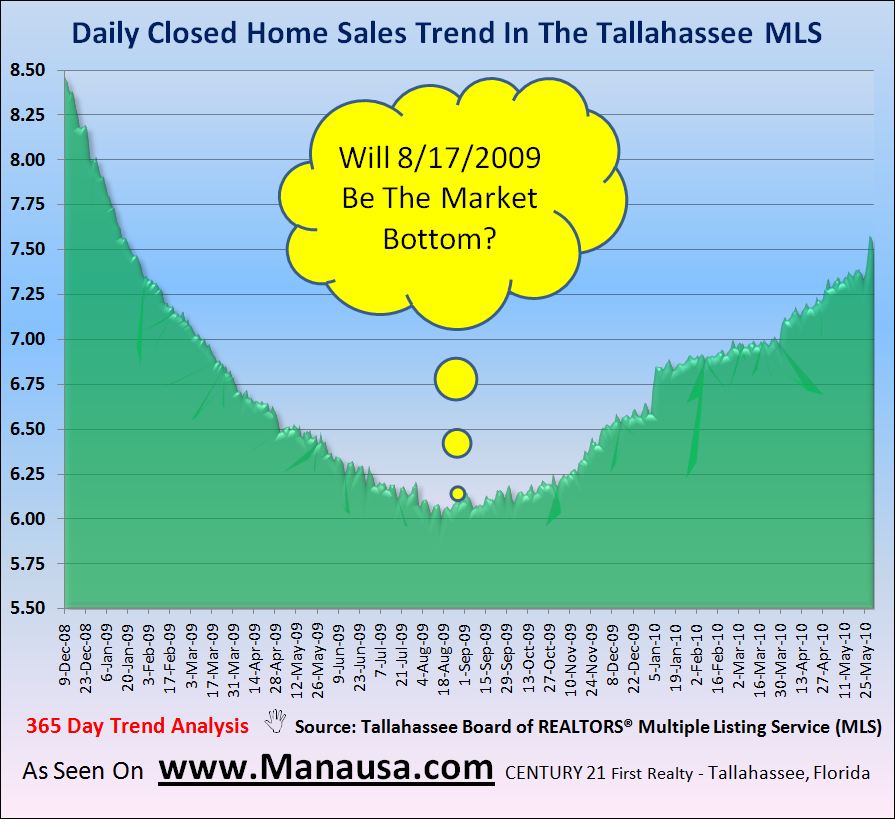 Time will tell, but the early indications are for a slowing in the housing market recovery. We should monitor local economic conditions, jobs, and unemployment to better project the future following the end of the Housing Tax Credit.

What do you see happening in the next six months in our market? Will the end of the housing credit be a minor blip, or something that will be remembered for a very long time? Will falling home equity levels restrict existing home owners in their future moves?  Will the strengthening economy bring needed relief to the housing market? What about foreclosures and short sales, will additional distressed property inventories have a major impact on our market? Let us know in the comments field below.

Thanks Jim, I agree. Anything we can do to get people working in the private sector again is a move in the right direction.

What Is Considered A Good Offer On A House?

Recently, a reader asked about making a good offer on a house and I think it makes for a great review. For new readers of ...

I have received a lot of questions and feedback about this real estate website over the years, and people have been asking ...