Four of the last five months have been “gainers” for year over year home sales in the Tallahassee housing market. After suffering through 39 consecutive months of losers, it sure is nice to be on a roll again.

The Year Over Year Home Sales Report is a valuable one, as it measures market movement by comparing a current month (in this case February of 2010) with its corresponding period in the year prior (February 2009). This removes all seasonal effects that often times are responsible for what appears to be market movement. 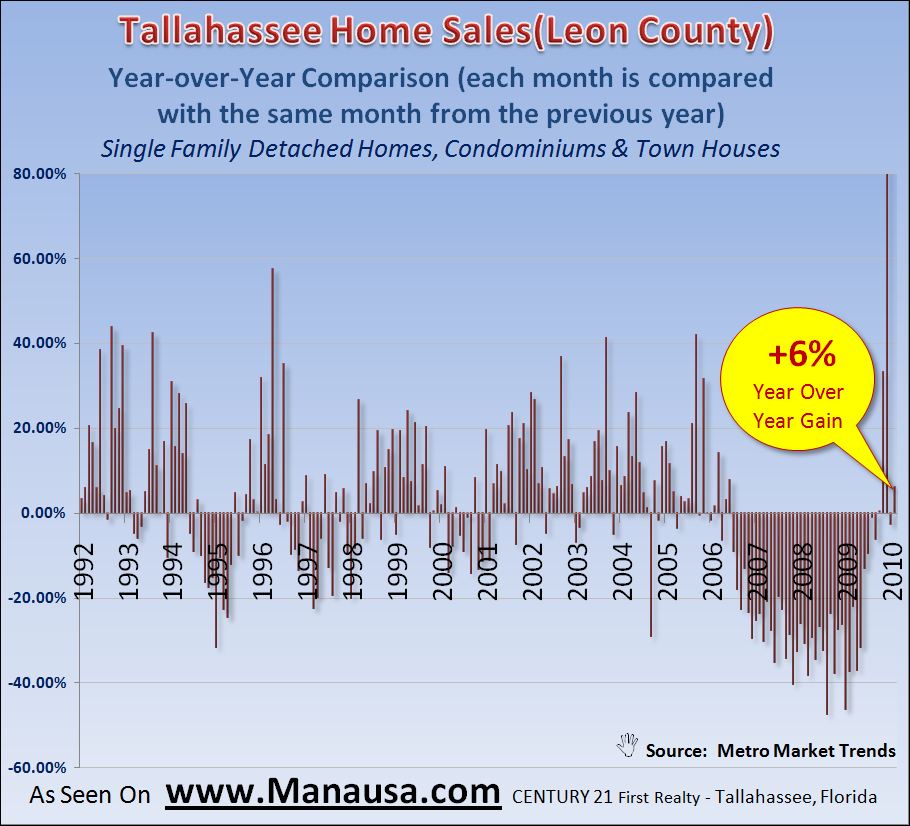 The 39 month period of consecutive declines was the longest running trend in the 19 year measurement, with no other streak running longer than 9 consecutive months. Because of this, I think we can expect to see more gaining months than losing months in the next three years.

With prices continuing to drop, we will see more buyers attracted to the market as home values become too tempting to pass up. This is a normal part of the recovery process and the faster we see the decline in prices, the quicker we will see the market fully recover.