New Homes are getting smaller, of course you know that if you are monitoring our new construction trends at the Tallahassee Housing Report. But we are not alone in Tallahassee, and today we brought a market snapshot from Louisville, KY to share a common finding:

We often find that Tallahassee is similar to other housing markets, and occasionally we find interesting blog articles written by top REALTORS® in these markets. The following is copied by permission from Tre Pryor of the Louisville Homes Blog, and speaks of new construction trends that are very much like those in Tallahassee.

Louisville follows the same real estate trends as other cities in our nation, only to a much lesser degree. But like I posted earlier this month, Louisville hasn’t seen a drop in home values since before 1978. That changed in 2008 and 2009. 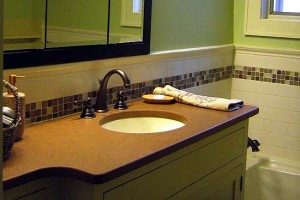 How does the market respond? For the most part, the same as the rest of the country. For starters, new homes are designed smaller. Here’s a snippet from Home Sizes Fall as Builders, Buyers Embrace Economic Reality.

Data recently released by the National Association of Home Builders (NAHB) found the average size of a new home that was completed in 2009 fell to 2,480 square feet from 2,520 square feet in 2008. The last time the average completed-home size fell by a statistically significant amount was 1982.

I can attest to this personally, as my clients that are looking to build are more interested in a smaller house footprint but want the home built with more energy-efficient, green technology.

The other response to a housing downturn is that more homeowners put off moving to a new home and instead focus on remodeling their existing home.

The most popular projects in the past–remodeling the kitchen and bathrooms–have decreased in popularity, as adding a bathroom has taken the honors of the most popular project. This makes sense since, for many homeowners, updating an existing room can be put off because it is often seen as a “luxury,” while for many, the addition of a bathroom is a necessity due to changes in the needs of the family.

Just ask any Louisville home builder how many of their projects are remodels vs. new builds.

As the Louisville market rebounds, this phenomenon will decrease. From the lyrics of a hit 80’s song, “He knows changes aren’t permanent, but change is.”