A few weeks ago I wrote a blog post titled Does Credit Repair For Homebuyers Really Exist? which was the first in a sequence of posts that will serve as a case study about credit repair services.

With the high number of people who recently had to sell a home as a short sale, the US is facing an epidemic of credit disrepair among people who formerly proved to be highly credit worthy.

I want to find out whether or not credit repair services actually help you improve your credit ratings, or if they are just selling snake oil.

As a reminder, a real client if mine (who we refer to as "John Smith") had to sell a house through a short sale several years ago. He has since recovered financially and wants to buy a home in Tallahassee.

He requested a credit report (all three credit bureaus) on April 1, 2013 and found his credit to be far below what is needed to get a home mortgage loan.

So, at the onset, John had a 568 credit score, and he wants to buy a house with FHA or conventional credit.

After reviewing several credit repair companies online, John picked the US Consumer Credit Restoration Association in an attempt to bring his scores up to the mid 600s and then even higher. His initial scores will get him denied for the loan product that he really wants to use to buy a house, but he has been cleaning up his finances diligently for the past two years. 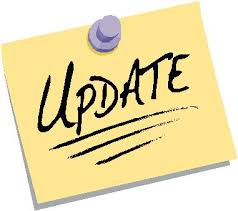 John and I spoke today about his experience thus far with USCCRA.

He told me that they have mailed numerous letters to his past creditors and he is starting to see a lot of return activity.

He has received numerous messages from past creditors and he had no idea of what to do with their requests. Fortunately, the folks at the credit repair company were very responsive and took care of everything. In fact, many of the letters coming back to John were solicitations attempting to trick him into paying them money.

While he's just over a month into his relationship with USCCRA, John is cautiously optimistic about them restoring his credit at a far faster rate than would have occurred without them.

He said the responsiveness rate has been excellent, and all of his questions he's had were answered promptly and professionally.

He and I discussed the possibility of him doing all of this himself, and he indicated that it seems like something he would be able to do on his own.

However, he said the money he will spend with the credit repair company (assuming they restore his credit) will easily be worth what he spent. Additionally, they have already shown him great value with the way they handled the first salvo of responses from his past creditors. They bring experience to the table, and it appears to be working in his favor.

We'll check back in with John again in about a month, and hopefully we'll have some tangible reports to share with you in this next credit repair case study update.

Joe Manausa Real Estate is a brokerage company headquartered in Tallahassee, Florida. Its unique business model provides specialists to both home sellers and home buyers, and the results speak for themselves. JMRE has significantly more 5-star reviews on google than any other local competitor. Joe Manausa Real Estate is a leader in internet marketing and utilizes search engine optimization, email marketing, social media and data analytics to get their clients’ home sold faster and for more money than any other Tallahassee brokerage firm. For more information, visit www.manausa.com or call us at (850) 366-8917.