Are You Hurt, Or Are You Injured?

I was fortunate enough to play for a Hall of Fame football coach at West Point, and he had numerous catch phrases that many of his players remember even decades after playing the game.

Whenever somebody went down during a drill, we knew the question the coach would have, and thirty years later I want to ask this same question to homeowners who purchased during the boom of the housing market.

Specifically, I mean the homeowners who would like to move now...

You know the value of your home has declined, you know you and your family need to move, so what are you going to do about it?

Are you hurt, or are you injured? If you are hurt, get up! Everybody plays hurt. If you are injured, we'll move the drill - Jim Young, Hall of Fame Football Coach

Doing Nothing Is A Decision 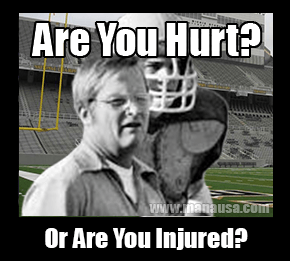 Bear in mind, if you purchased a home during the boom of the market and have no desire to move, this really does not apply to you. This is just for those that want to move.

But if you want to make a move and have been procrastinating the decision because you were hurt when values declined, you need to recognize that you have made a decision. You have decided not to move, even though an acceptable solution to your problem likely exists.

Coach Young's question has subtle innuendos. If he "moves the drill" that means that the player will get to rest ... while somebody else gets to play his position. This means there is a cost to getting injured, one that might cost you a starting position.

Home sellers who procrastinate do no do so in a vacuum. The market continues on. While you wait, interest rates are incredibly low, where will they be when you decide to move? How will that impact the affordability of your housing in the future? There are a myriad of considerations that you should review before making a decision, but do make a decision.

Stay or go. Either decision is fine. It's the "doing nothing" that causes regret.

In fact, the biggest regret that I hear when sellers finally unload their homes is that they wish they would have done it sooner.

My advice to any homeowner who is considering a move is to educate yourself on the process and to get as much market information as you need.

Take an exploratory step by talking to a home selling expert who will tell you what you need to do to sell your home.

Take advantage of our free service which will help you commit to either staying in your home or moving. Don't end up regretting being indecisive.

If you would like a free, no-strings-attached home valuation, simply fill out the form and we will help you out right away. 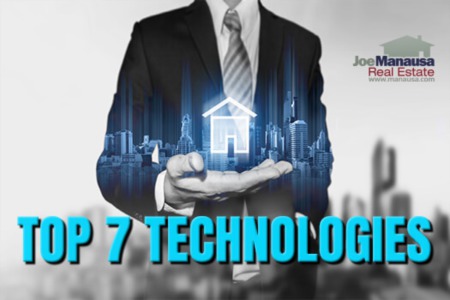 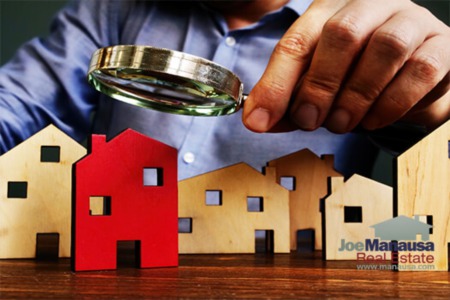