The Tallahassee foreclosure rate has fallen again compared to last year, according to September figures released Monday by Metro Market Trends. This is the tenth consecutive month of year over year declines that began in December 2010, and it is a promising sign for the long-troubled Tallahassee real estate market.

There are still a lot of distressed properties for sale in Tallahassee, and new lis pendens filings (the beginning of a the foreclosure process) continue to come in at rates that are multiples of what Tallahassee has experienced in the "normal times." But the rate of new filings is dropping as well. This might mean that the worst is behind us as far as homes being foreclosed, but the current rates will continue to create pricing pressures on all home sellers for several more years. 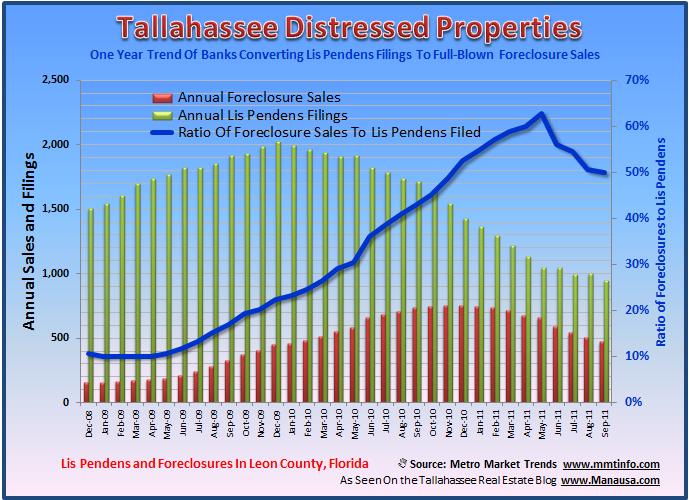 Data Behind The Tallahassee Foreclosure Rate

I was curious to see where the lis pendens filings were occurring in the Tallahassee real estate market, so I produced the following graph, organized by zip code. New filings have been spread out fairly equally across all zip codes, with the exception of 32303 which looms as the hardest hit area. 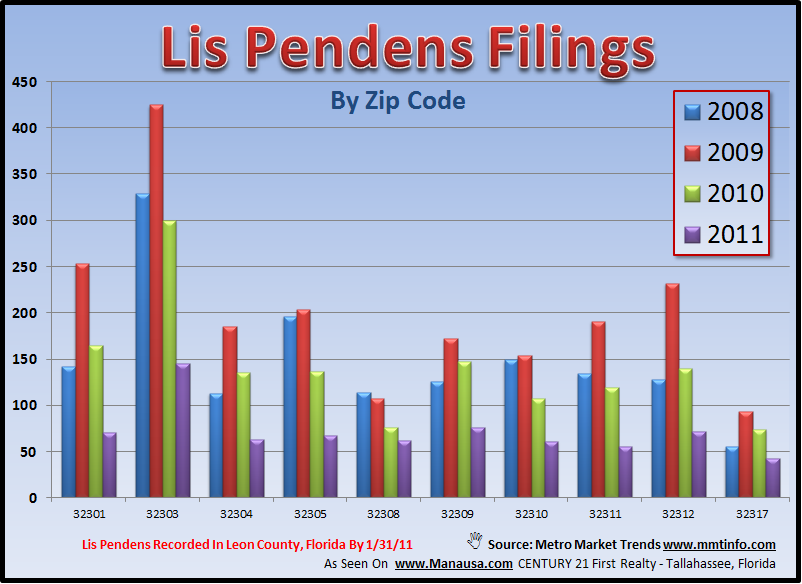 So, if you are wanting to know the real story on the Tallahassee foreclosure rate, just check in to our regular lis pendens and foreclosure reports that occur several times each month. The information is far more current that you will find anywhere else on the internet, and we use the actual figures from the Tallahassee real estate market to produce our results. The large national aggregators cannot monitor every market to the fine level of detail that we do, simply because they do not see Tallahassee as a large enough market to matter. To me, it matters.