Yesterday we reported that the home sales failure rate was dropping, and today we show that the home sales success rate is rising! Seems like good news all around for the Tallahassee housing market! The current trend of home sales success (the number of home sold over the past 365 days, divided by the total number of homes that were listed during that same period of time) has reached 44%, after reaching a low of 35% during March of 2008. 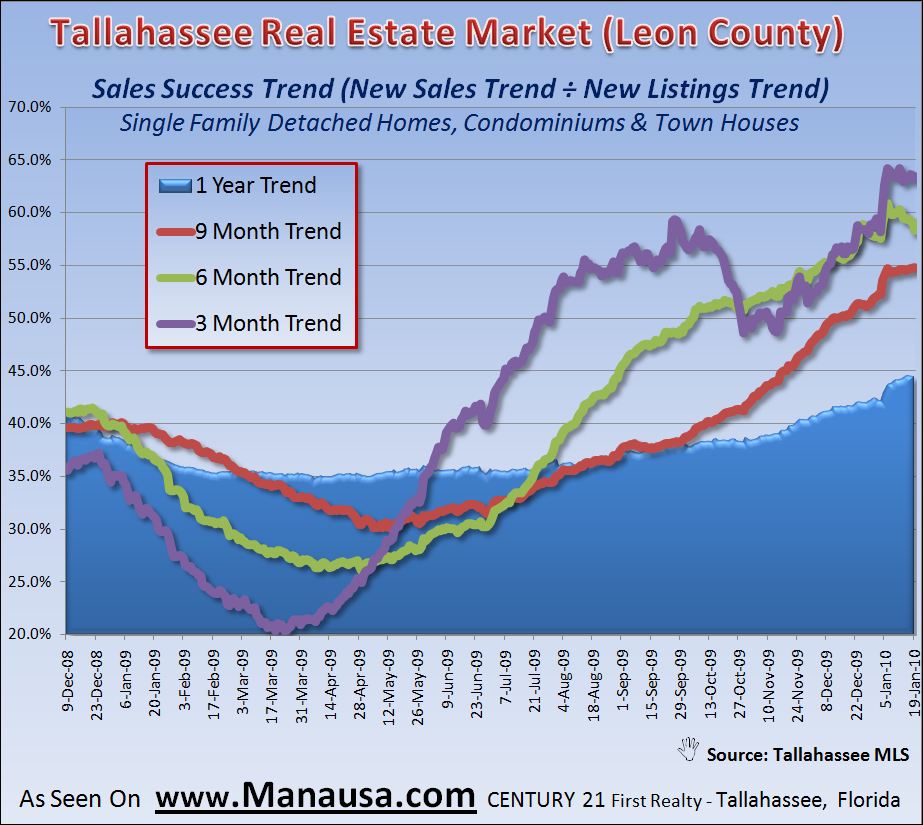 For those of you quick with a calculator, you might have noticed that the failure rate + the success rate equals more than 100%? That is why we say these measurements have little value in the absolute sense, but great value in the relative sense. This measurement has a changing denominator, and the sales and failures are measured against listed properties during the same period of time.

The fact that the measurement exceeds 100% means that more homes left the market during that time than came on. In the past, the combination of these two numbers yielded a result less than 100%, because more homes were coming onto the market than were leaving.

Right now, homes are leaving the market faster than they are arriving (which means the glut is being reduced). And more of these are leaving due to a successful home sale than due to a failure! So yes, this is good news for the Tallahassee housing market.