Centerville Trace is a Northeast Tallahassee neighborhood positioned in the heart of the 32309 zip code.

With roughly 150 homes built from the late mid 1980s through the mid 1990s (and a scattering thereafter), this popular community located along Centerville Road inside of I-10 features location, location, location.

Unlike many boom neighborhoods which we cover from time to time, most of the homeowners were already situated in Centerville Trace before the housing market bubble (and collapse) occurred. I could possibly means some owners who were ready to move ten years ago are just regaining the equity levels that will allow them to move now.

Centerville Trace is zoned for the following Leon County schools: 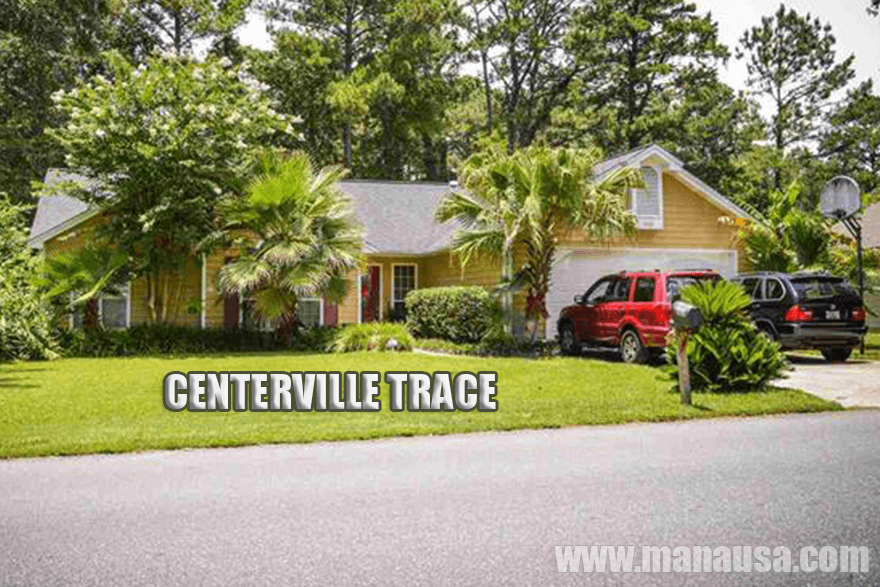 The following report includes graphs of average home prices, home values, and home sizes in Centerville Trace, as well as all current listings in the Tallahassee MLS and all closed home sales in the neighborhood going back to 1991.

It is important to note that the narrative contained below is for sales through December for all previous years, and through August 10th in 2016. The listings, graphs and closed sales table will be continuously updated into the future (meaning bookmark this page if you always want to know the current status of homes in Centerville Trace).

The average price of a home sold in Centerville Trace thus far in 2016 has been $199,400, though with only 3 homes sold it's easy for one sale to skew real market conditions and values.

Home sales activity in Centerville Trace basically "died" after the peak of the housing market. I suspect this has a lot to due with the strength of the existing homeowners to "weather the storm" and their demographic which typically moves more from desire than through necessity.

Currently, there is only 1 home listed for sale in Centerville Trace, and it is already under contract.

Last year's explosion of home sales is likely the result of numerous owners who had been waiting for higher sales prices to return to the neighborhood. It's no surprise that buyers want this neighborhood, so whenever we see slow sales, you can safely bet it's because too few sellers have tried the market.

Average home values in Centerville Trace thus far in 2016 have been $101 per square foot, also likely skewed due to low liquidity in the market (very few sales). Home values remain 24% lower than those recorded at the peak of the market in 2008, but again, there were so few sales we have to take sales in surrounding neighborhoods into effect when forecasting home values here.

Don't be surprised when home values to surge much higher during the remainder of the year. Last year's average was $112 per square foot, and that was a year when more homes sold than in any year prior going back more than ten years.

The average home size sold in Centerville Trace typically falls in a range of 1,700 to 1,800 square feet, but one very large sale this year has exploded our year-to-date value to a record high.

Homes For Sale In Centerville Trace

The following map and list of homes are the most recent listings in Centerville Trace. If there are no homes shown, than no homes are actively listed for sale. We update this list of homes every 15 minutes, so you can be assured that this page will always bring you the most up-to-date listings and sales that can be found for Centerville Trace (bookmark this page if this is a neighborhood that you want to track).

The following list contains all home sales in Centerville Conservation going back to 1991.

I hope you enjoyed our August 2016 update on home sales in Centerville Trace, please feel free to drop me a note if you have questions not covered in this report.