The Market Is Slow, But Here Is Where Tallahassee Is Moving

We all know the real estate market is slow, but do you know where Tallahassee is moving? I have assembled five newly updated real estate growth graphs to show the trends in Tallahassee home sales by area.

The first graph shows the top selling neighborhoods in Tallahassee from January through May 2011. Southwood continues to see the most home sales, and there is only one major change on the top five selling neighborhoods, and that is Killearn Acres has moved off of the list (now at #7). It is interesting to observe that all 5 are above the median home price in Tallahassee.

Where Is Tallahassee Moving 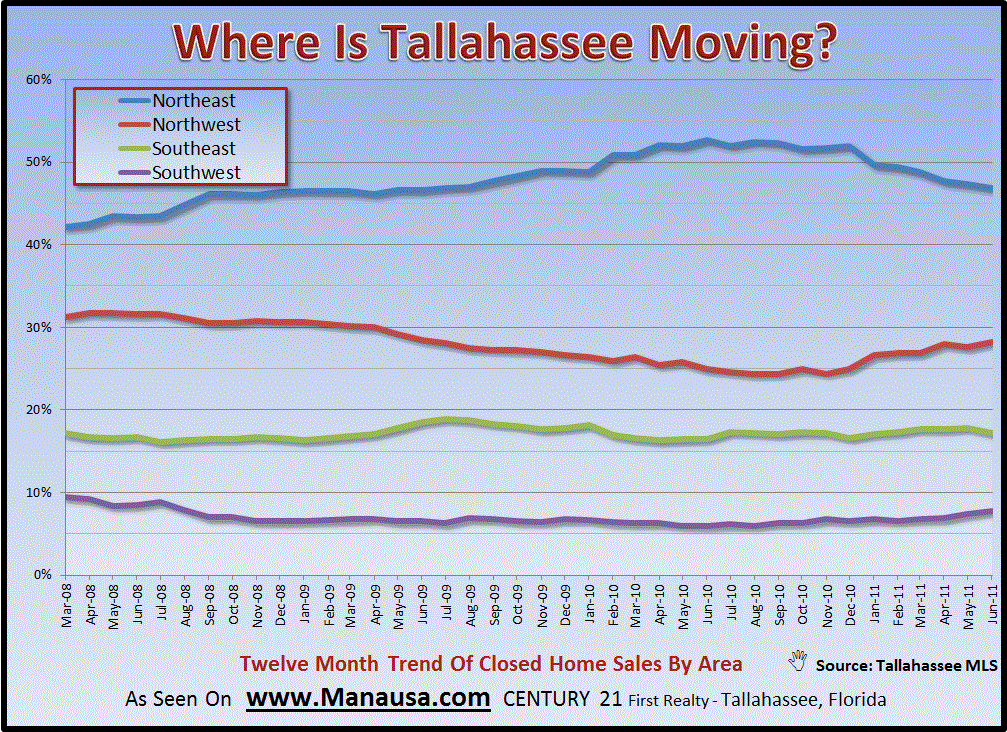 Homebuyers in Tallahassee have not wavered much over the past four years in terms of where they are buying. North Tallahassee has consistently remained the top choice roughly 75% of the time. 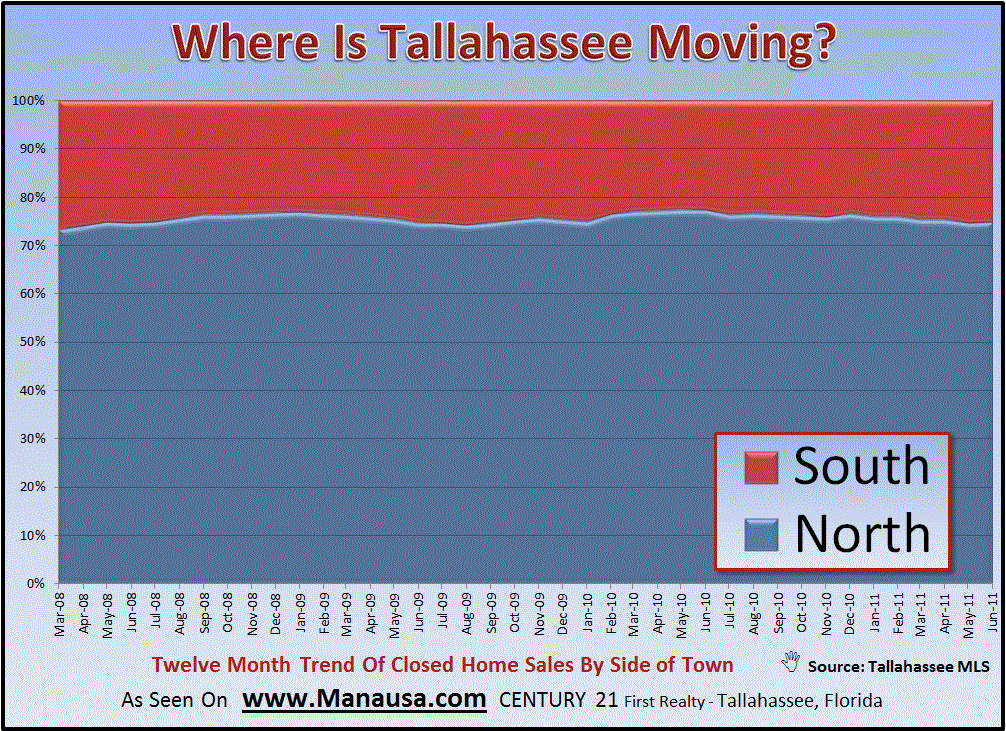 There has been a little more movement when we look at East Tallahassee versus West Tallahassee. The bargains on the over-built west side have pulled many homebuyers in that direction over the past few years, and it appears as if things are starting to accelerate. Roughly 37% of all homes sold in Tallahassee are on the west side right now, but it appears to be heading past 40%.

Tallahassee's real estate market appears to be settling back to our traditional norms in terms of where people are moving. The national mortgage experts anticipate another large volley of foreclosures turning in 2012, so perhaps we'll see some changes as we did in 2010.