The latest data on Tallahassee foreclosure sales is mixed, with the current trend of declining foreclosures being offset with a slight year over year rise in new lis pendens filings. When we discuss distressed properties in Tallahassee, we measure three very important phases of the foreclosure process.

Lis pendens filings had been falling since January of 2010, when the number reached 188 and the trend was nearly 170 filings each month. Unfortunately, last month saw a slight rise, though the trend is still  50% lower than the peak reached in December 2009. 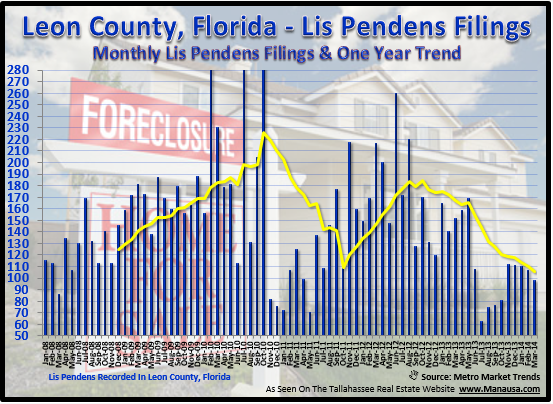 Whether this is a sign of renewed filings by lenders, or just a small blip in the recovery remains to be seen. By monitoring lis pendens in Tallahassee, we will always be ready to anticipate future Tallahassee foreclosure sales.