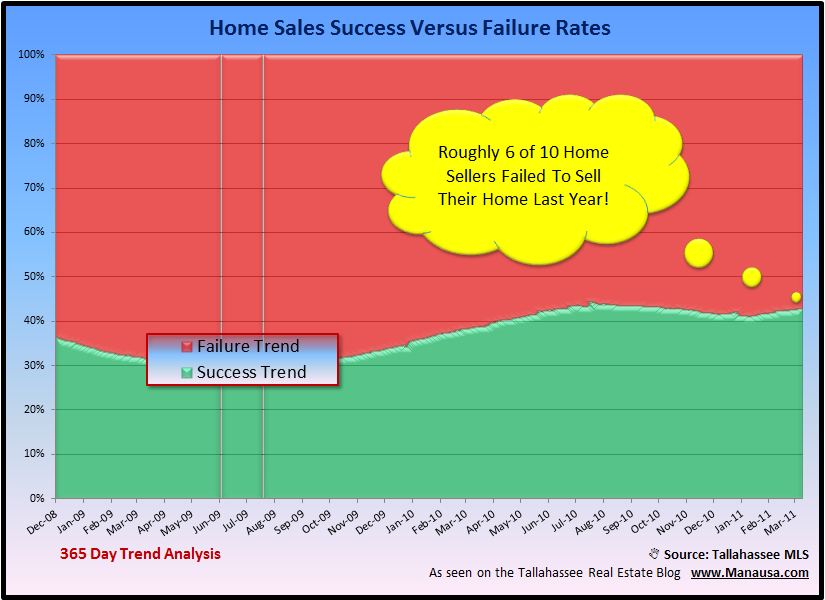 So, in simplified terms, we can say that over the past year, roughly 43% of the homes that were listed actually sold, while 57% of the listings taken failed to sell.

The success trend currently appears to be on the rise, though we know the normal seasonal surge of new listings is just hitting the market and might put a damper on this observation.

The failure trend once rose to 70% in June 2009 and it might be heading back to that level when these listings enter the market. We will keep a close eye on these activities because this trend analysis points the way to the speed in which the recovery will take.

It is time again to review a statistic that we have been maintaining at the Tallahassee Real Estate Blog for quite some ... 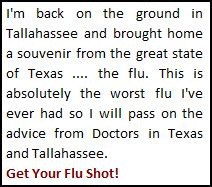 How Successful Do You Want To Be Selling Your Home