Our first real estate graph shows the number of home sales recorded in Leon County each month, and the current one-year trend has reached a new low as of the end of July. This new housing market bottom shows signs that we have not actually hit the bottom yet.

For our long-time readers who are "chartists" in the stock market, I have provided this graph to show the short term trend (one year), the medium term trend (5 years), and long-term trend (10 years) are heading south.

With our abundance of supply of homes, pricing pressures are forcing home sellers to net less when they sell a home in Tallahassee. Our next real estate graph shows that existing home sales continue to see falling prices. 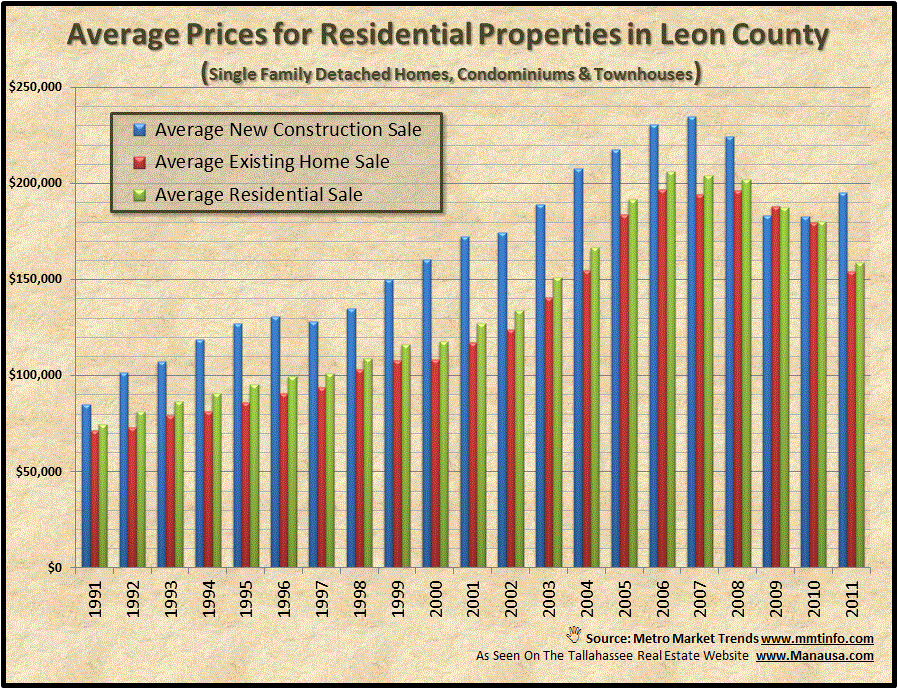 The average price for a home in Tallahassee has dropped below $155,000, which means that average prices are similar to what we saw in the market back in 2004. That erases most of the appreciation that occurred during the boom of the housing market.

The latter part of 2010 combined with the first seven months of 2011 have lead to a new housing market bottom, but thus far year to date, 2011 is not as bad as we saw in 2009. The only question remaining for Tallahassee home sales this year is will 2011 surpass 2009 as the worst year on record. 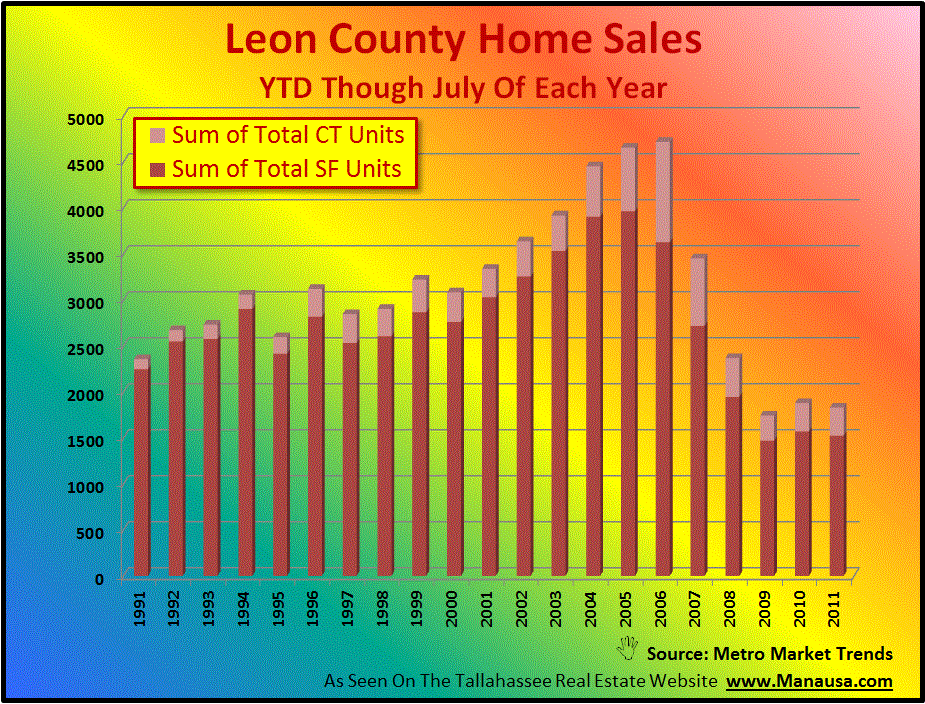 Many people believe that slowing sales at the end of 2010 was caused by the end of the Homebuyer Tax Credit and that the remaining months in 2011 will certainly be stronger than the same period a year ago. I am not so sure. As values continue to decline, more and more home sellers find themselves facing a short sale situation, which only perpetuates the problem of trapped home sellers who cannot re-enter the market as home buyers. I suspect 2011 might very well prove to be the worst year on record (going back to 1991), and that means we will see a new housing market bottom reached again.