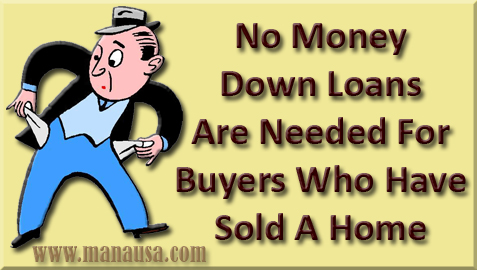 Holy cow, I have to agree with Lawrence Yun on quite a few points that he made during the release of the monthly  Existing Home Sales Report last week. Dr. Yun, the chief economist for the National Association of REALTORS® explained that existing home sales in March were down compared to March of last year, and there exists more than 8 months of supply of homes for sale at a national level.

As we know from our own Tallahassee housing reports, 5 to 6 months of supply are considered a balanced market and anything higher than that produces a buyer's market and home values do not appreciate due to the intense competition among home sellers. Dr. Yun made a case for the need to have the mortgage market return to traditional lending standards, noting

"sales would be notably stronger if mortgage lending would return to the normal, safe standards that were in place a decade ago – before the loose lending practices that created the unprecedented boom and bust cycle,”

I agree that the mortgage market must come around to pre-2002 standards where the rate of default was low and people with good credit were able to get loans to buy homes. The demand side of the market is my biggest concern, because people who have recently sold a home have little or no cash from the sale. It is the cash from the sale of their previous home that has been traditionally used as the equity or down payment to purchase the following home. Yun reported:

low-downpayment loans should continue to be available for those consumers who have demonstrated financial responsibility and are willing to stay well within their budget.

And this is exactly opposite of what is occurring in the mortgage markets. The amount of cash required by homebuyers at closing is on the rise, and I believe changing the down-payment requirements on loans that traditionally have had a low default rate is now hurting the market as much or more than any other singular factor. As I wrote in "Housing Market Needs New Type Of Fix" one year ago, the absence of no-money down loans has put a squeeze on the real estate market.

The following short video was released by NAR, and it contains Dr. Yun's commentary on the state of the housing market and the report of existing home sales through the month of March.

REMINDER: This Saturday is the big May Family Dollar For Diabetes Car Wash. Help Haley May raise money for this important charity. You can download a flyer for the car wash here.

I sometimes find it difficult understanding housing reports that are published or reported by the national news media, and ...

Housing Reports Without The Bias

Every month, we see new housing reports that are issued first by the National Association of REALTORS®, then by the ...