If you are shopping homes for sale in Southeast Tallahassee, you will inevitably run into listings in Southwood.

Southwood consistently ranks among the top 5 neighborhoods in town (based upon the number of annual home sales) and it totally dominates all other neighborhoods on the south side of town.

Proximity to downtown and numerous government office buildings makes this popular Tallahassee neighborhood one to be considered for people seeking a home anywhere from just below $200,000 to as much as $800,000 (higher in the far past).

If you are thinking of living in the Southeast quadrant of Leon County, then it is very likely you will be looking at homes in the Southwood neighborhood.

Based upon currently activity, it is like that Southwood will record its best year for home sales going back to 2006. Both existing homes and new construction is selling, and we've got both in our complete list of homes for sale below. 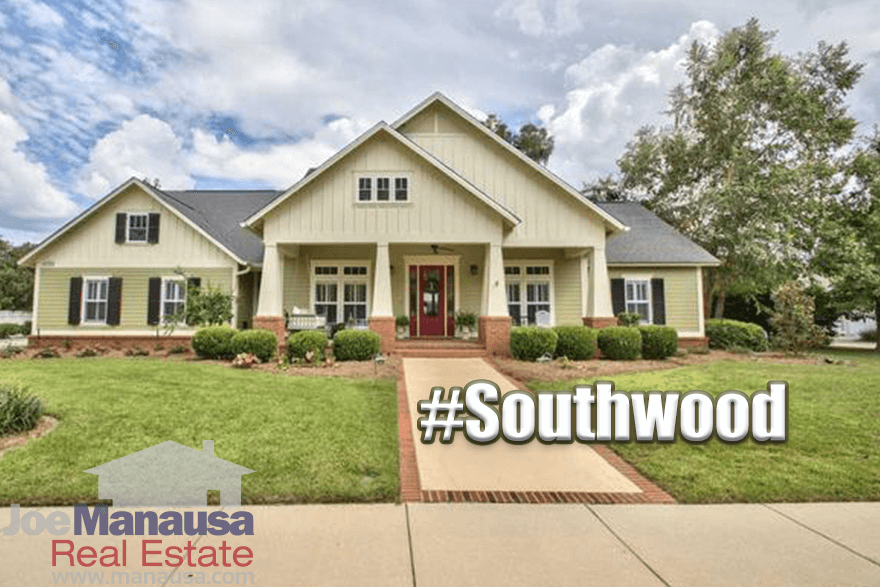 In this report, we will look at average home prices, home values, and home sizes in Southwood, as well as show current listings in the Tallahassee MLS and more than 2,700 closed home sales going back to when sales first began in Southwood.

It is important to note that the narrative contained below is for sales through December for all previous years, but through the the fourth week in September in 2016. The graphs and the closed sales table will be continuously updated into the future (meaning bookmark this page if you always want to know the current status of homes in Southwood).

Southwood home prices are nearly 13% higher in 2016 than they were in 2015, somewhat influenced by the sale of new construction (meaning the new homes are selling for more than the used homes). With very low mortgage interest rates still available for homebuyers, you are paying 15% less today than you would have at the peak of the market in 2007, while you are borrowing funds at a lower rate. This is significantly positive news if you are buying a home in Southwood.

Existing homes continue to be a bargain, as the median existing home is priced 13% below that of its new construction counterpart.

Average home values are up 8% in Southwood this year when compared to the average in 2016. When you look at the graph below, please recognize that it lumps detached homes with attached homes, new construction and existing homes all together, so use this figure just to recognize the direction of the market, not as a method to determine a specific home's value.

Through the fourth week of September, the average value of a home sold in Southwood has been $144 per square foot. This is an amazing growth of 78% since the bottom of the market in 2010.

* Report fluctuations: Unlike the majority of neighborhoods in Tallahassee, Southwood has a robust new home sales market. It is not uncommon for Leon County to record new construction sales while omitting information on square footage, so some of the home sales in this report show homes with zero square feet and thus zero "value." We update sizes as the information becomes available.

The following list shows all 2,700+ home sales in Southwood going back to its first year of sales in 2001.

I hope you enjoyed our September 2016 update on home sales in Southwood, please feel free to drop me a note if you have questions not covered in this report. 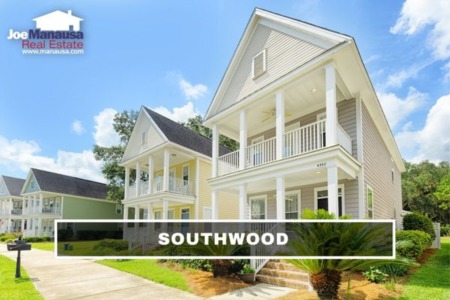 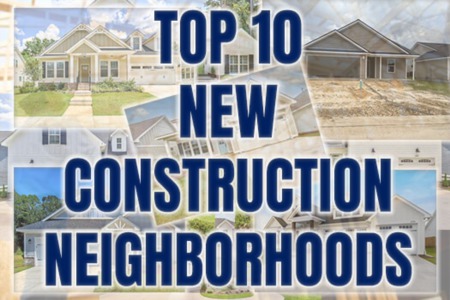