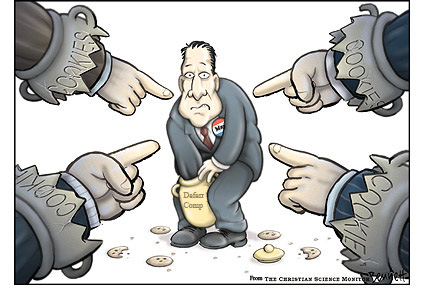 Often times, we see something wrong and there is nothing we can do about it. So many things are beyond our control that we learn to live with much of what we long ago learned was wrong. But sometimes, we can step up to do the right thing; to right a wrong.

This is one of those times. As Tallahassee citizens, we have the right to force our City Commissioners to hear our individual voices as well as our collective anger for their bold display of arrogance. Our City Commissioners have been caught with their hands in the cookie jar, and we need to tell them that we demand justice.

If you want to let the city commissioners know that you think them stealing more than $1 Million from city tax payers is wrong, just be at the Tallahassee City Commission meeting at 4:30 on Wednesday, January 27, 2010. Around 4:30 in the afternoon, the meeting moves to the "unagendaed speakers" time which allows concerned citizens to speak and ask questions.

If you are a concerned citizen (perhaps a city employee who has had your position reduced or removed due to "tough economic times") and would like to let them know that their stealing is hurting our community, then I urge you to attend.

The part of this that really stinks is that the practice of lying and stealing extends beyond the commission. Last week, the Tallahassee Democrat reported

"City Attorney Jim English and City Manager Anita Favors Thompson have been receiving deferred compensation since 2002 and 1999, respectively. English has $187,443, and Favors Thompson has $165,326. Treasurer-Clerk Gary Herndon and Auditor Sam McCall have $96,153 apiece."

"Deferred compensation is a written agreement between an employer and an employee where the employee voluntarily agrees to have part of his compensation withheld by the company, invested on his behalf, and given to him at some pre-specified point in the future."

You see, they quietly gave themselves all this money without deferring any of their compensation. This means this is a raise, not deferred compensation. I believe if an outside agency was called in to investigate, they would find illegal actions have occurred. Certainly they would unethical behavior at a minimum.

Why is Tallahassee City Attorney Jim English not being brought forward to defend his "legal opinion" on the raise he concluded was "deferred compensation?" Everybody involved can point to Mr. English as the one who said it was legal to rename the illegal raise as something else.

I wonder where the research and notes are from Mr. English's position on this simple subject. Will he cite anything that supports his re-definition of an increase in compensation? Why is the State Attorney General and the Florida Bar not yet involved in what is arguably a question of ethics in his role as attorney for the citizens of Tallahassee?

Am I missing something here? His legal opinion was used to give himself a raise! How is this not unethical? Should he not have insisted an outside, un-biased, non-beneficiary look at the legality of increased compensation for himself and the rest of our "city leaders?" 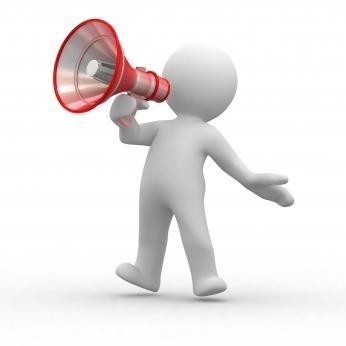 Have Your Voice Be Heard

The Tallahassee City Commissioners need to hear it from you. If only 1 or 2 people seem to notice this illegal action, then nothing will be done about it. We need 20 or 30 people to represent all of our angry citizens and speak at the commission meeting on Wednesday.

Tell the commissions that you want your money back. The $1 Million stolen could do great things for Tallahassee. Tell them we want a full investigation into the legality and ethics of how this occurred, so that we can ensure that it doesn't happen again in the future.

Be there and be heard. Get the word out. Forward this to your friends and ask them to be there as well. It is time to take our city back from people only looking to fatten their wallets.

Well done, Joe. I have two websites you need to review before the Commission meeting tomorrow. Steve Stewart, who is running for mayor against Marks, is the guy that unearthed this atrocity:

He actually found the 2005 video of the commission proceedings where Mayor Marks seconded the move for approval of the Deferred Comp plan (4:00). Mustain notes that this is contrary to City charter and therefore is against it. Then Marks has Jim English's wisdom (5:30) back him up about the legality of this move. Well coordinated in advance. Clearly, Mustain was not in the pre meeting when all of the details were ironed out. REMEMBER: these were RETROACTIVE raises, too.

This is Steve Stewart's blog where he highlights his ideas for unhooking the utility from city govt.

Folks, we've got a viable candidate that knows the issues in Steve Stewart. Time to let the rest of Tallahassee know that we are tired of these shenanigans and need to make a change in our representation.

Thanks Tim. I've seen them both, tomorrow could be quite interesting. Lots going on in Downtown Tallahassee

In regard to Jim English. My memory is that a Ethics Commission find of unethical behavior was made against him at the time of his full-time employment by the City. A fine, I think, of $1300.00 was levied. The City hired him anyway and the fine was not paid. The praise for Jim from the Commission at that time was so effusive that Jim said to me," If I had known they liked me so much I would have asked for a raise."

Further: while it would seem the notion of this trick came from the devious mind of Jim English my bet is that it originated with the West Virginia housewife who, you might remember, "knows more about coal than any of you people!"

That entire dias needs to be flushed out. (with care as to who is voted in or hired to take their places.