Located on the NW side of Tallahassee about a mile away from The CENTRE of Tallahassee (formerly known as the Tallahassee Mall), Town N Country Park is a well established neighborhood with homes mostly built forty to sixty years ago.

When The CENTRE of Tallahassee is fully up and running, expect this central location in town to become a hot-spot for younger people who want to be located near where it is all happening. This makes Town N Country Park a super opportunity for owner occupants and investors alike.

In this report, we will look at home prices, home values, and home sizes in Town N Country Park, as well as show current listings in the Tallahassee MLS and all closed home sales going back to 1991.

For the 3 real estate graphs found in this report, you will find the number of closed home sales for each year (red columns, measured on the left vertical axis), and an important real estate statistic shown in blue (measured on the right vertical axis. It is important to note that sales are through December for all previous years, but through the first week of June in 2015.

Average home prices are down 11% since last year, mostly because two very small homes were sold this year. Home prices fell 4% in 2014 versus 2013, and much of the blame can be placed on the abundance of distressed properties that were sold. The average recorded sales price is $117,514 for Town N Country Park thus far in 2015, but expect it to end the year closer to $140,000.

Home sales activity in 2015 is consistent with the best years since 2005. Through the first week in June 2015, there have been 7 closed home sales in Town N Country Park.

Average home values in Town N Country Park declined in 2014, as distressed home sales has a significant impact on valuations. But 2015 has seen values rise to just short of where they were two years ago.

Buyers and investors would be wise to recognize that single family homes on more than a quarter of an acre within walking distance to shopping and schools will return to high demand when the supply and demand for houses in Tallahassee stabilizes. As I have said before, you can bet an investment made in Town N Country Park today will provide an excellent return when the housing market in Tallahassee stabilizes.

Through the first week in June, the average value of a home sold in Town N Country Park this year has been $88 per square foot. This means that home values are still much lower than the current and future cost of replacement.

The average home size sold in Town N Country Park typically falls in a range of 1,500 to 1,700 square feet, but 2015 has started off well below the normal range.

The following list of homes are the most recent listings in Town N Country Park.

I hope you enjoyed our June 2015 update on home sales in Town N Country Park, please feel free to drop me a note if you have questions not covered in this report. 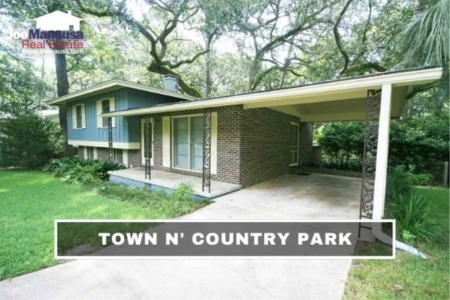 Town N Country Park contains about 270 five, four, and three-bedroom homes that were built starting in the early 1960s.... 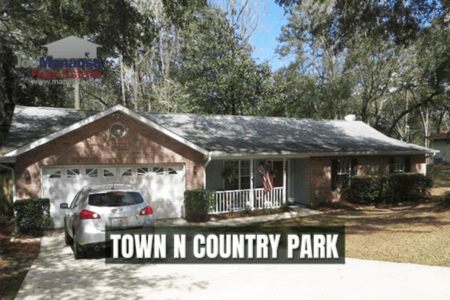