Condo sales in Tallahassee (combined with townhouse sales) dropped a little in 2009 from the level recorded in 2008. Unit sales of Condos and Townhouses in Tallahassee were similar to levels seen in the 1990s, but much lower than during the boom years of 2001 through 2007. When compared to the single-family detached home sales market, one would say condos and townhouses "held strong" in 2009. 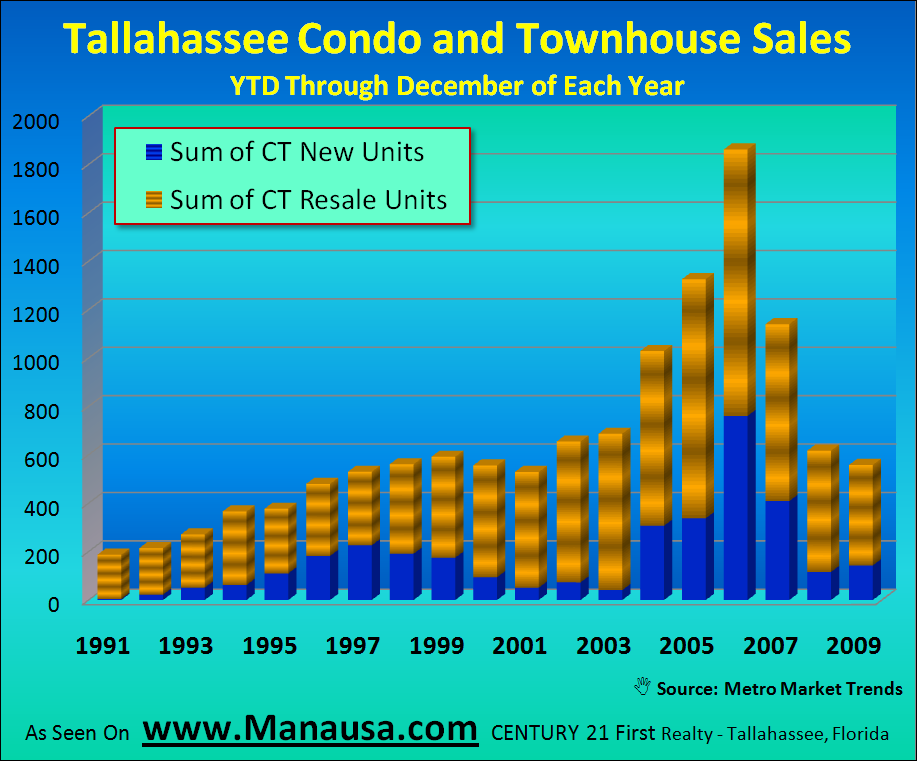