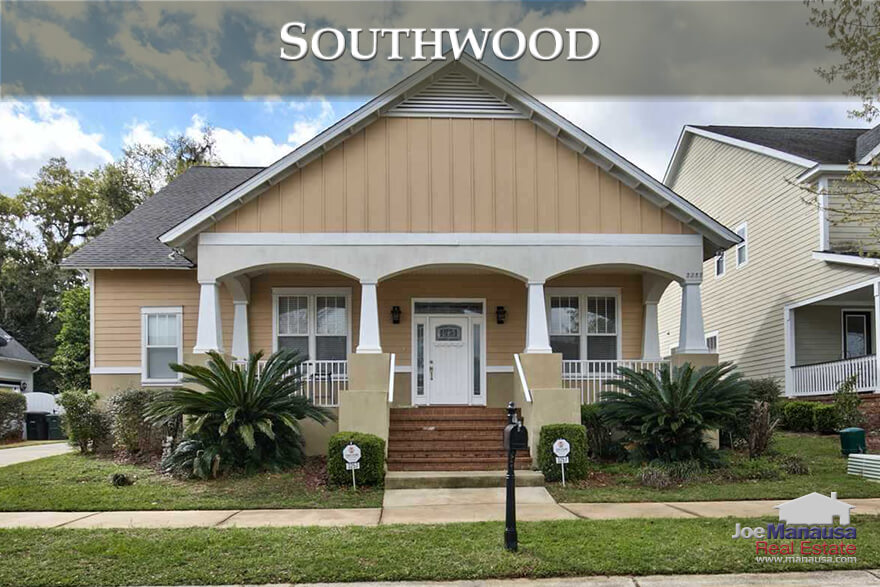 Southwood is the most active neighborhood in the SE Tallahassee real estate market.

Featuring homes painted in pastel colors and white trim, the houses look similar to those neat, cookie-cutter houses featured on the set of “The Truman Show.”

Southwood appeals to many demographics, and it currently offers homes for sale across many popular prices ranges for Tallahassee.

The following list of homes includes all active listings for sale in Southwood.

In this report, we will look at average home prices, home values, and home sizes in Southwood, as well as a table of the most recent 1,000 closed home sales in Southwood.

The graphs and the closed sales table will be continuously updated into the future (meaning bookmark this page if you always want to know the current status of homes in Southwood).

Average home prices in Southwood moved 2% higher in 2017 versus the average posted for the 2016 calendar year. Currently, the average Southwood home price is $326K, and it is important to note that high end sales (those above $600K) are finally picking up (take a look at the table of home sales at the bottom of this report, 5 homes above $600K sold in the last 75 days of the year).

Activity in the Southwood housing market remains steady, and inventory is moving. Currently, there are 42 homes for sale in Southwood, and 13 are under contract. Two of the ten new homes are under contract, while 11 of the 32 existing homes have contracts in place.

Homeowners should feel comfortable knowing that  existing homes are selling fast when an aggressive marketing plan is utilized.

Average home values moved more than three percent higher in Southwood in 2017 when compared to the average in 2016.

Most neighborhoods in Tallahassee appreciated at a much higher rate in 2017, but one has to consider why this is so.

Over the past ten years, very few neighborhoods had much new construction going on. Southwood was one of the exceptions. This means that the inclusion of new homes in Southwood kept averages higher, whereas most other neighborhoods were merely resales that declined with the market. Thus Southwood appeared to maintain values at a higher level when the reality is that existing home values had fallen further. Similar results can be seen in Bull Run, another Tallahassee subdivision with new construction soaring over the past ten years.

Is Your Agent Too Broke To Be Your Broker?

Most Real Estate Agents Have No Marketing Budget

The average real estate agent in Tallahassee will only sell five homes this year, and more than half will sell two or fewer. This means they do not earn enough money to spend the significant amount it takes to attract MANY buyers to your home.

They certainly cannot spend the type of money needed each day to promote your home and generate the buzz you need to attract MULTIPLE buyers. We are effective. And we spend more money each month marketing our listings than most agents earn in a year.

Let us show you how we can get your home sold for MORE MONEY than anybody else in the market!

The following list shows the most recent 1,000 home sales in Southwood.

This concludes our January 2018 update on home sales in Southwood, please give us a call at (850) 366-8917 or drop us a note and let us know how we can help you with your housing needs. 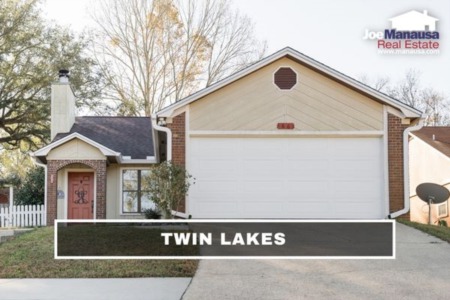 Twin Lakes has nearly 100 detached and attached two and three-bedroom homes that are nearly forty years old and ... 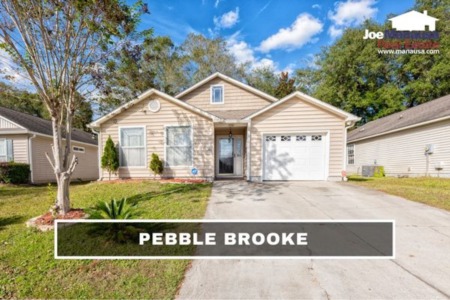 Residents of Pebble Brooke enjoy access to a wide variety of shopping and entertainment venues while living in modern ...