The Mother Of All School Zone Housing Reports

Are home values affected by the school zones in which they reside? Who's to day, but today's blog post will take a look at home values by school zone. This information has been pulled from the Tallahassee MLS and I will start with a caveat that the information is often sketchy at best. Real estate agents enter their listings in the multiple listing service as a means to promote the property to other real estate agents, and the information that is provided is not checked for accuracy.

I have included links to the maps of each school zone in the appropriate paragraphs below. These come from the Leon County School Board and I believe are accurate for the 2011 school year. Note that school zone lines change often, so it is possible for a home to sell in one Tallahassee school zone and then later sell in another. 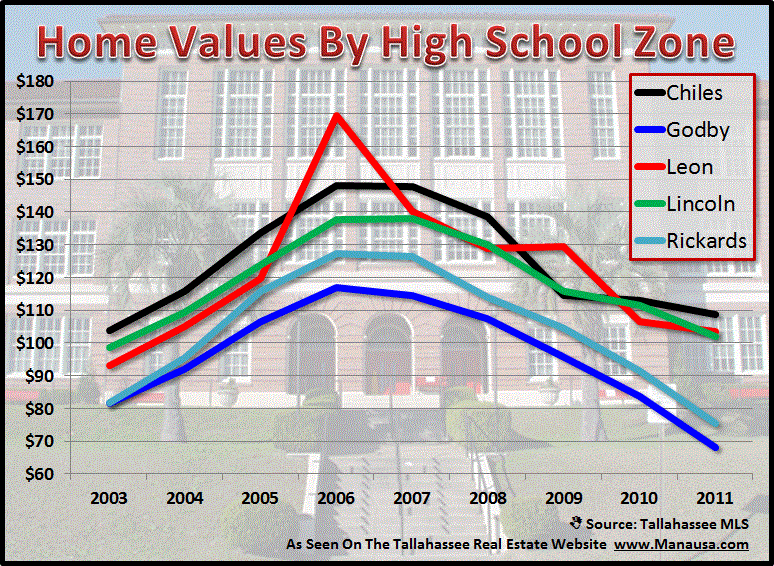 Overall, home values have declined by as little as 26% (in the Chiles And Lincoln school zones) to as much as 42% in the Godby High School zone. 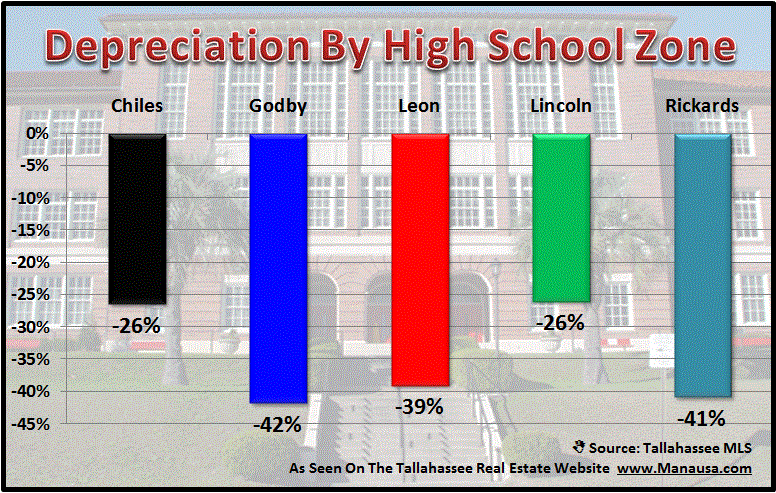 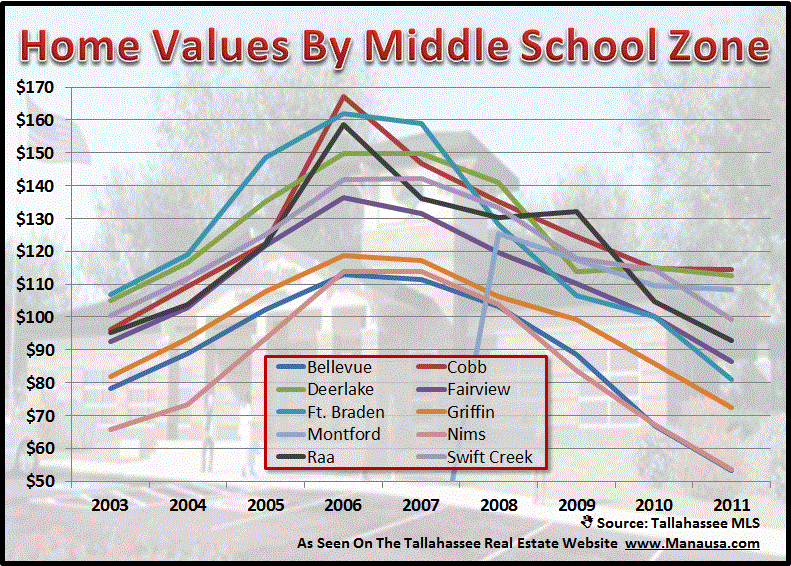 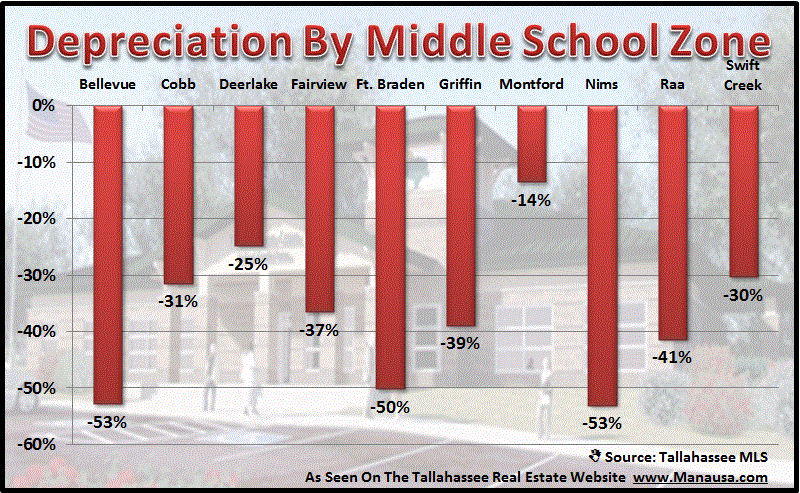 Due to the large number of elementary schools, I have separated them alphabetically into three different real estate graphs.

Elementary Schools From Apalachee To Conley 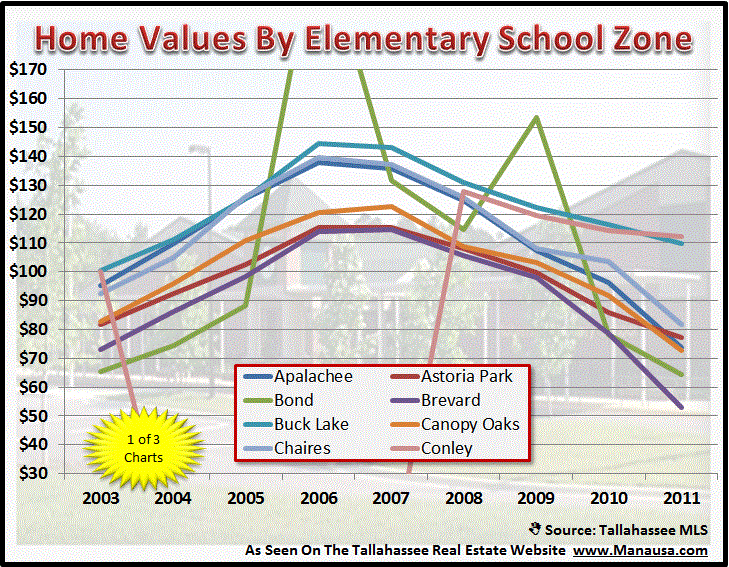 Elementary Schools From Roberts To Woodville

Bond, Pineview and Wesson stand out among Elementary School Zones with falling values, as each of these recorded a decline in home values exceeding 70%. Roberts and Sullivan Elementary performed the best with both showing a 21% depreciation rate (Conley came into existence after the peak of the market). 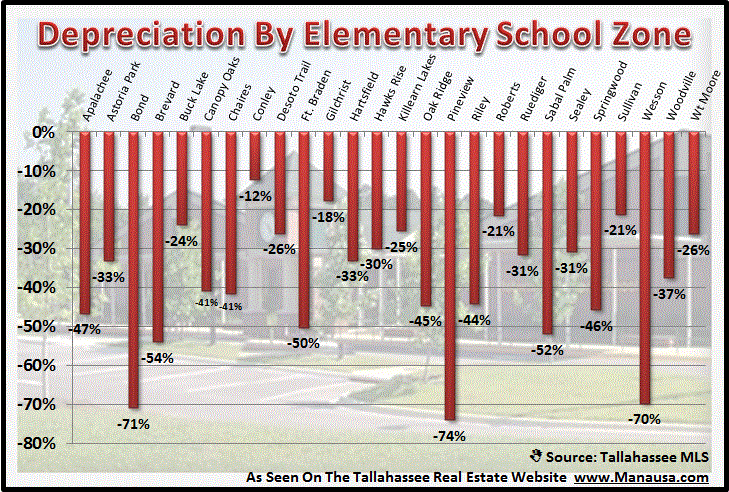 While we cannot necessarily tie home value changes to the school zones in which they lie, I would propose that anybody looking to buy a home in Tallahassee consider the opportunities. If you do not have children that will be attending public schools, you might just find an exceptional value in the school zones that have performed lower than the rest.