Like many people who live in Killearn Lakes Plantation, I've discovered a great little neighborhood (56 homes) that joins Killearn Lakes to Bannerman Road. It's called Sable Chase and it is relatively new, with new home sales that started just five years ago.

Unlike some of the larger subdivisions in Tallahassee for which we report, Sable Chase has fewer than 1 home sold each month, so the trends are not as clear to see. The key to trend reporting is to have enough sales (liquidity) that you can draw clear conclusions from the data. With fewer than 1 sale per month, we see quite a bit of "noise" in the data. 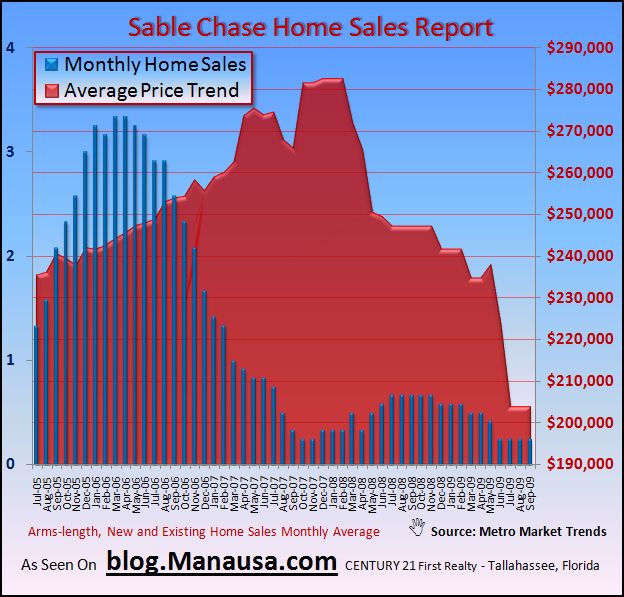 In the real estate graph above, the vertical blue bars show the average number of homes sold in Sable Chase each month, while the red field represents the average price trend. Like most neighborhoods in Tallahassee, Sable Chase home prices have been on a steady decline since the top of the market.

In order to get a feel for the level of depreciation in Sable Chase, we look at the overall average price per square foot of arms-length existing home sales. We can see that the peak of the market enjoyed home values that exceeded $150 per square foot, but recently, prices have trended down to $125 per square foot. This seems consistent with many other areas which have seen similar drops. 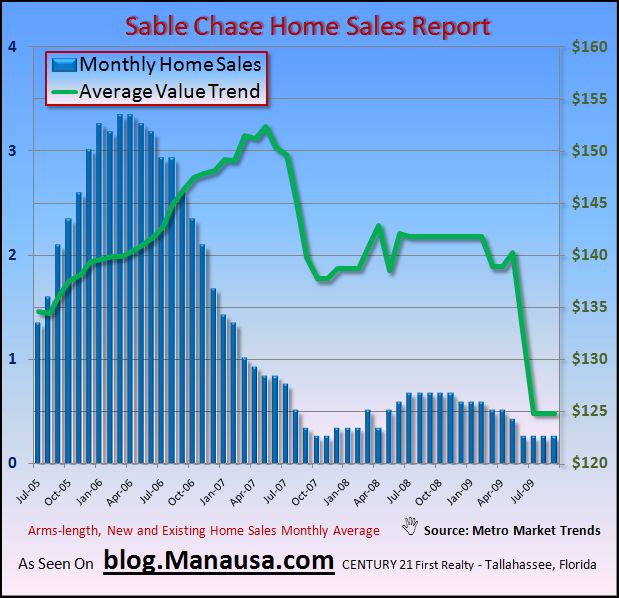 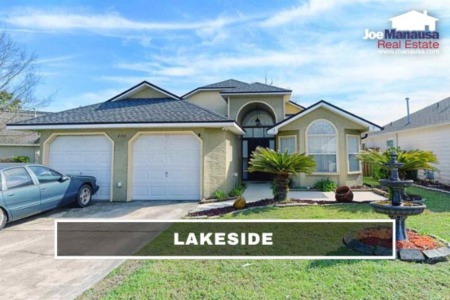 Lakeside in Northwest Tallahassee has 140 three and four-bedroom single-family detached homes all built since 1995.... 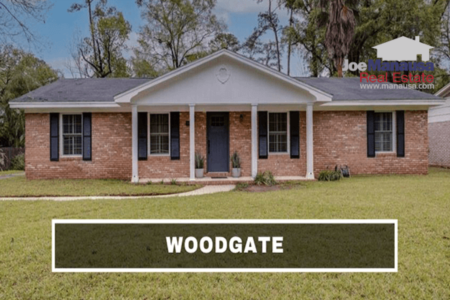 Woodgate is located well south of I-10 on the east side of Thomasville Road in the Betton Hills area of Northeast ...