Located on the NE side of Tallahassee between Meridian Road and Thomasville Road, Ox Bottom Manor offers large custom homes in the high-demand 32312 zip code region of NE Tallahassee.

With homes that were built from the late 1980s through the early 2000s, Ox Bottom Manor has a complete array of homes, from a bit out-dated to completely renovated and state-of-the-art. Based upon home sizes and valuations, Ox Bottom Manor represents the segment of the market that typically trades at double to triple the current median home price and not quite double the median size.

In this report, we will look at prices, values, and sizes of homes in Ox Bottom Manor, as well as show current listings in the Tallahassee MLS and all closed home sales going back to 1991.

For each of the real estate graphs found in this report, you will find the number of closed home sales for each year (red columns, measured on the left vertical axis), and an important real estate statistic shown in blue (measured on the right vertical axis. It is important to note that while the graphs and table will update on a regular basis, the analysis of the information that we provide is current as of this writing in Mid March 2015.

Home sales activity this year has picked up over last year and the current pace, if continued, would make this one of the best years in the past ten. Unfortunately, this is still far fewer home sales than pace that was recorded in the 1990s, so we are going to have to see demand increase sometime in the near future. Thus far in 2015, there have been 9 closed home sales in Ox Bottom Manor.

Average home values in Ox Bottom Manor have dropped 3% since last year, and remain 22% below the peak of the market home values established in 2006.

Through late March of 2015, the average value of a home sold in Ox Bottom Manor has been $124 per square foot. This is up 5% over the bottom reached in 2012, but still not high enough to help many of the homeowners make a move.

As we enter the eighth year of the housing market recovery, you have to wonder how many Ox Bottom Manor homeowners represent pent-up supply, having waited several years in the hopes that home values would return to levels high enough to allow them to sell and move to their next home.

The average home size sold in Ox Bottom Manor typically falls in a range of 2,200 to 2,700 square feet, and this year buyers have been selecting homes pretty much in the middle of this range.

The following list of homes are the most recent listings in Ox Bottom Manor.

I hope you have enjoyed our March 2015 edition of the Ox Bottom Manor Housing Report. Please check back to this article to see updates on both the graphs and the table of homes that have sold. Please feel free to drop me a note if you have questions not covered in this report. 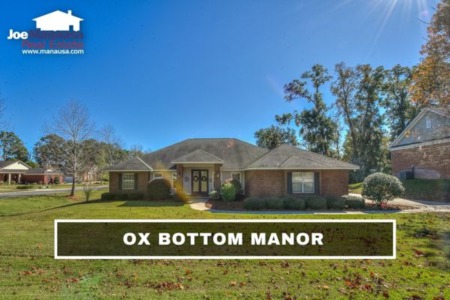 Ox Bottom Manor is a residential neighborhood located in NE Tallahassee. It is known for its spacious lots and upscale ... 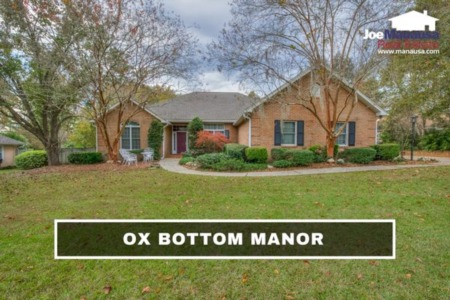 Ox Bottom Manor is located north of Ox Bottom Road on the east side of Meridian Road in the 32312 zip ...