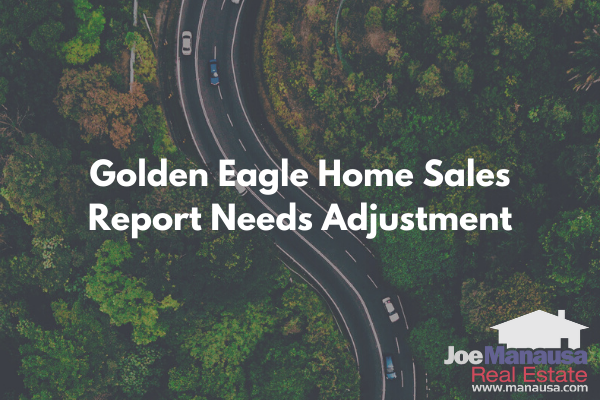 Home sales in Golden Eagle, as this report will show, demonstrate the importance of having a neighborhood expert evaluating market activity. One large sale in Golden Eagle has skewed the averages so much that a computerized valuation would most likely mislead you into believing the market was behaving differently than it actually is.

Existing home sales in Golden Eagle have dropped below 2 per month and are down 77% since the top of the market in November of 2005, when we saw more than 8 homes selling each month. Home values are down 23% since the peak, but values have been fairly stable since August of last year.

In the real estate graph above, the blue bars show the average number of homes sold (annualized) each month, while the red line measures the average price per square foot for home sales in Golden Eagle. 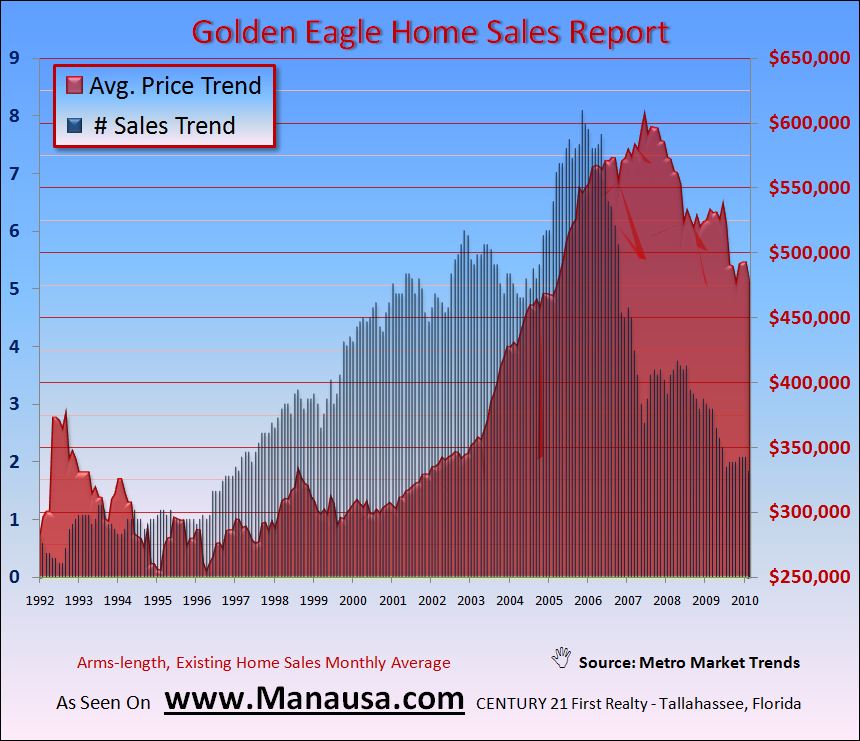 Why We Look Beyond Average Home Sales Prices

One reason that we look beyond averages in any specific home valuation is because of the impact just one sale can have. Golden Eagle had a very large sale in October, with a price of $4.25M. As no other resale home in Golden Eagle has ever sold for an amount higher than $1.25M, and only 6 have been recorded over $1M, this one sale distorts the averages so much that it could easily confuse some automated home-valuation web sites.

The following two graphs show how the above two graphs would appear had this sale not been omitted from the data. They make it appear like the market is returning with vigor!

All Past Arms-Length Existing Home Sales In Golden Eagle Plantation 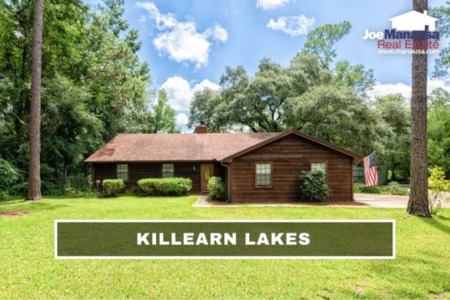 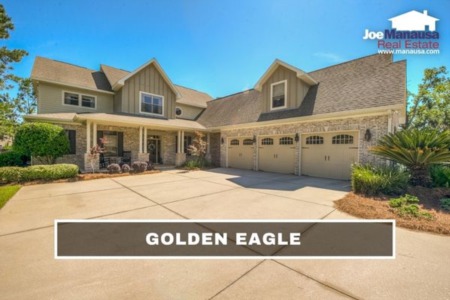