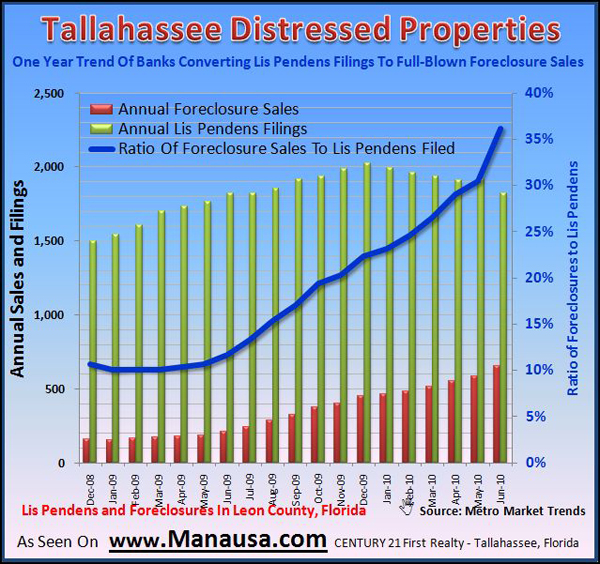 After conducting a preliminary study on foreclosures and lis pendens in Leon County last week, we knew that something exciting was happening and it needed to be analyzed with much more scrutiny. In case you missed the blog, it was titled Tallahassee Foreclosure Report Posts Postive News and it contained evidence that the banks were both slowing down on new lis pendens filings, as well as speeding up on pushing through foreclosure sales.

For those of you new to the Tallahassee Real Estate Blog, we report both lis pendens filings (the beginning of the foreclosure process) as well as foreclosure sales, in order to see how many distressed properties actually make it to auction on the court house steps.

No Great Change In Location Of Foreclosures In Tallahassee

The first thing that I did was run two separate reports, one showing the subdivision (Neighborhood) of all lis pendens filings, and then I also did one for each zip code. I was hoping to find out if any new trend existed in where new foreclosures in Leon County were occurring, but I could find none: 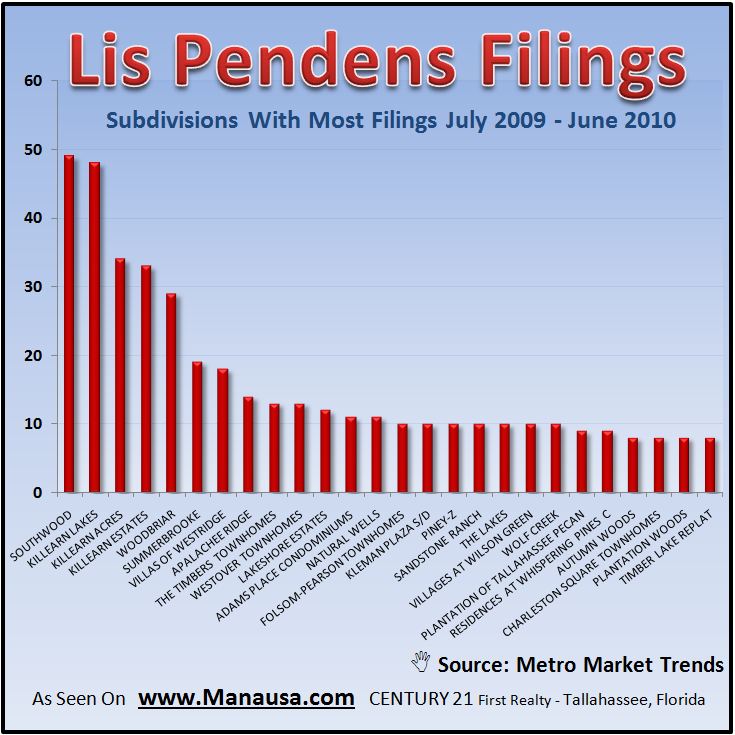 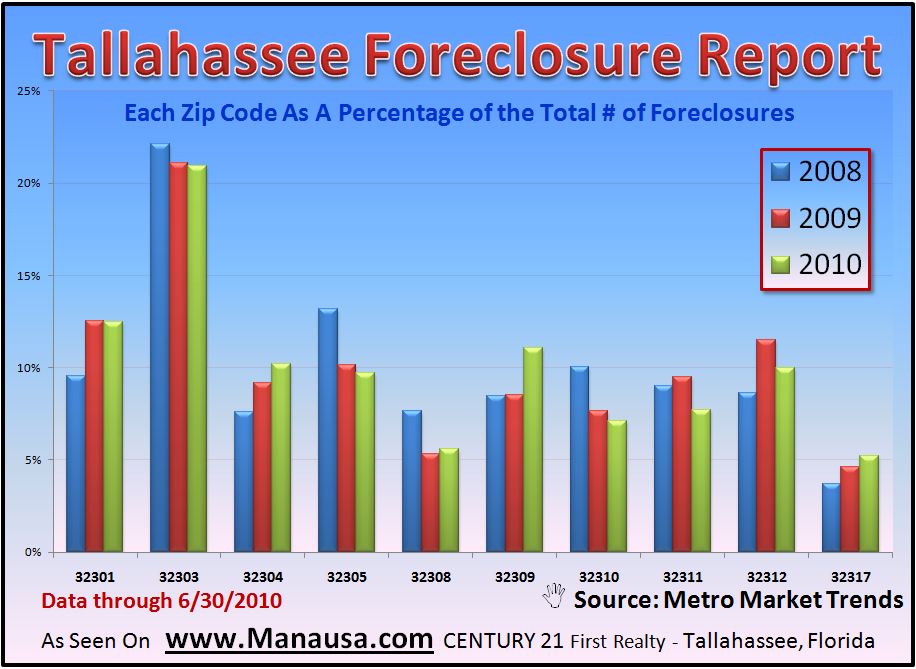 As one can see, nothing much seems to have changed in regards to the location of foreclosures in Tallahassee. But the graph is what really caught our attention, and we believe it says quite a bit about the volatility of the next 6 to 18 months in the Tallahassee housing market.

Foreclosure Sales Go Through The Roof In Tallahassee 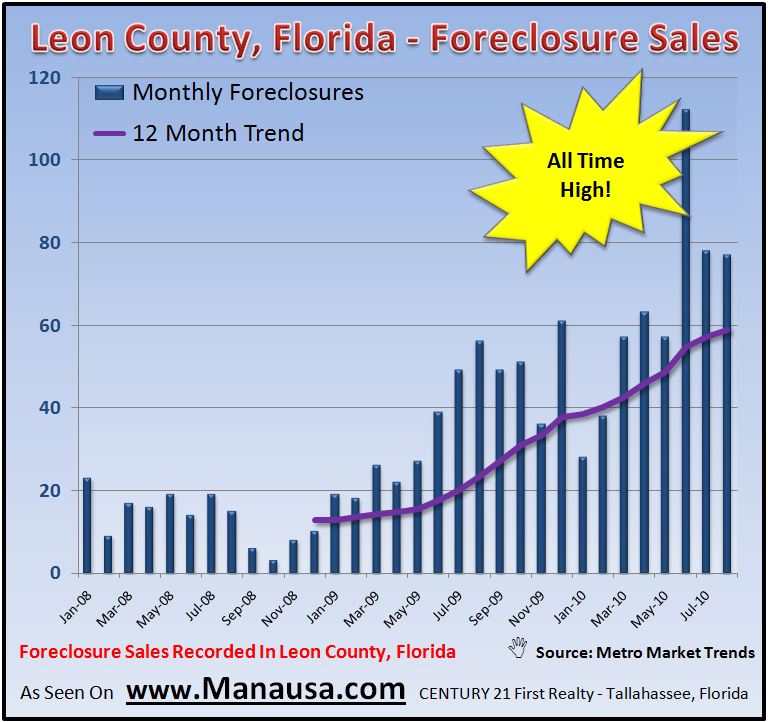 As you can see from the real estate graph above, foreclosure sales in Tallahassee skyrocketed during the month of June, hitting nearly double the previous record high. We have been discussing the build-up of homes in the shadow inventory, of banks that were being very slow to deal with the problems of distressed assets in their pool of toxic loans, and perhaps we are finally seeing the first step in the banks move to purge these loans from their books.

If you are facing foreclosure, get good real estate advice right away. Right now, the conditions still favor the homeowner in negotiations with the lender, but as we work through the inventory of distressed properties, "normal" times will return.

One question--what sets bank's asking price on a foreclosure?

We have a 50 year old foreclosure up for sale in our neighborhood (zip 32311, off Apalachee pkwy), and it is priced the same as newer homes that are absolutely move-in ready with no need for updating (this home needs a new roof, new HVAC, the entire inside needs painting, and is not plumbed for a dishwasher). I can't imagine the bank will get anything near the asking price--it just doesn't seem to represent the true market value right now--especially considering the repair work that needs to be done.

Also, what role does mortgage insurance play in foreclosures and the bank's asking price?

Great post. There is a lot of good data showing a new trend on the foreclosure front. Let's hope it holds up. Can you also provide monthly data on lis pendens filed, similar to the monthly data you provided on foreclosure sales?

I wonder if there are any trends in terms of which banks or which zip codes are actually seeing the most foreclosure (REO) sales.

1. Not all sellers (banks included) get good advice on pricing and not all sellers want to believe good advice on receiving it. A poorly priced listing is usually one of those two situations.
2. Mortgage insurance plays no role in anybody's asking price. It has nothing to do with the property or its value, it has everything to do with the strength of the buyer (somebody who pays cash certainly does not require mortgage insurance).