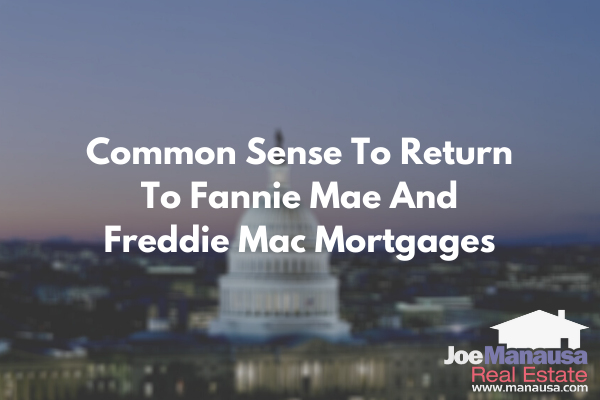 There was an interesting article in yesterday's Wall Street Journal about Fannie Mae and Freddie Mac, the backers of the majority of new mortgage loans.

In a nutshell, the article outlined how these Government Sponsored Entities (GSEs) were now going to behave responsibly, much like private providers of capital which do not operate with a government safety-net to protect them against losses made from the purchases of bad loans.

So what does this mean to people who had planned on buying a home in 2014 and what do you think the real estate industry response will be to the announcement of these coming changes? 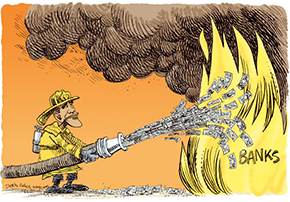 While I recommend the WSJ article to anybody who has a concern for the future of housing, the purpose of today's post is to recommend action for buyers who have been sitting on the fence, waiting to buy.

I suspect that the real estate industry response will likely be so politically charged that it will violate common sense, but it shouldn't stop changes from being made.

Supposed industry experts and consumer groups will claim these changes will make housing less affordable ... and they likely will. But something needs to be done.

Bad loans are bad policy, no matter how much they "help" the current housing market.

The changes that are going to be implemented simply charge a higher amount of money to people who have a history of not repaying loans under the terms of the loan agreements.

if you were lending your own money, wouldn't you charge excellent buyers a little less than you would spotty borrowers? Wouldn't you want your money to be kept safe from people who likely wouldn't pay you back?

That is what banks do. That is what all private capital markets do. And now Fannie Mae and Freddie Mac (which buys two thirds of the new mortgage loans in the US) and going to raise fees to people with lower credit scores and smaller down payments. The riskier the loan, the higher the fees. Isn't this just common sense?

According to the WSJ article, even after these changes are implemented, the fees charged by Fannie and Freddie will be lower than what private firms would charge. That means the government is still stimulating the real estate market, just not nearly as much as they have during the earlier stages of the housing market recovery.

In my opinion, these changes are needed. The housing market needs to carry its own weight if we want a permanent, long-term solution.

Even though I believe these changes are needed, I certainly acknowledge that home affordability is going to decline. Fewer buyers will be able to afford loans, and thus demand will be constrained going forward.

If you are somebody who plans on borrowing money with less than a 20% down payment and a credit score that falls below a 760, I would encourage you to take advantage of today's current programs. Find a home, get it under contract, and lock-in to a low interest rate, low fee loan with a lender as soon as possible (like today).

If you take quick action and get a loan that will likely be shopped to Fannie Mae and Freddie Mac, you will long look back to this decisive action as one of the smartest financial moves of your life. 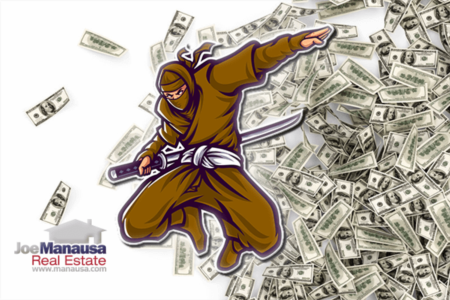 Will NINJA Loans Bring Down The Housing Market (AGAIN)

If you remember back to the housing market expansion in the early 2000s, we saw the growth of "NINJA" loans, as they were a ... 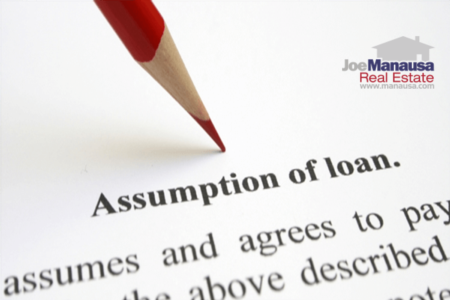 Will Assumable Mortgages Save Housing?

I was recently asked if assumable mortgages might bring some relief to homebuyers who are dealing with the worst home ...