Tallahassee home values have declined 34% on average since the peak of the housing market. After doing an exhaustive study of all the home sales in the Tallahassee MLS, I can now demonstrate which neighborhoods are finding the most difficulty holding value in the current housing market. 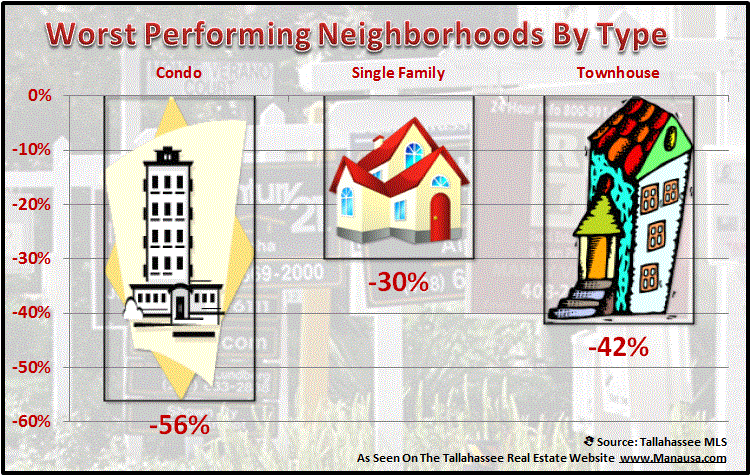 There could be an argument for "extremism" in these results, as many of the recent sales that are showing lowered values are distressed properties. Historically, we did not include distressed property sales because they were a small minority of the overall market, but their numbers are rising and have exceeded 30%, so I have included them in this analysis. If you have to sell a home, the abundant supply of distressed properties will be your competition. 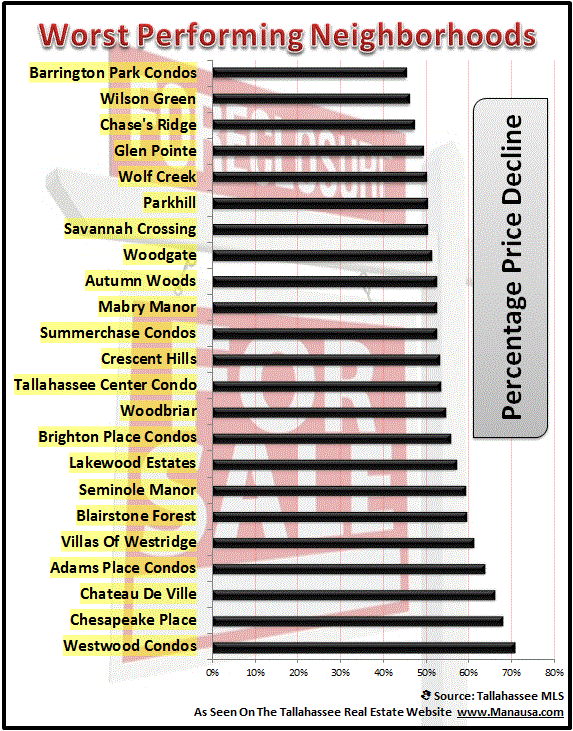 I was expecting to see mostly newer subdivisions in the list of hardest hit neighborhoods in Tallahassee, and though many of these are less than ten years old, there was still a strong showing from the more established neighborhoods in our housing market. 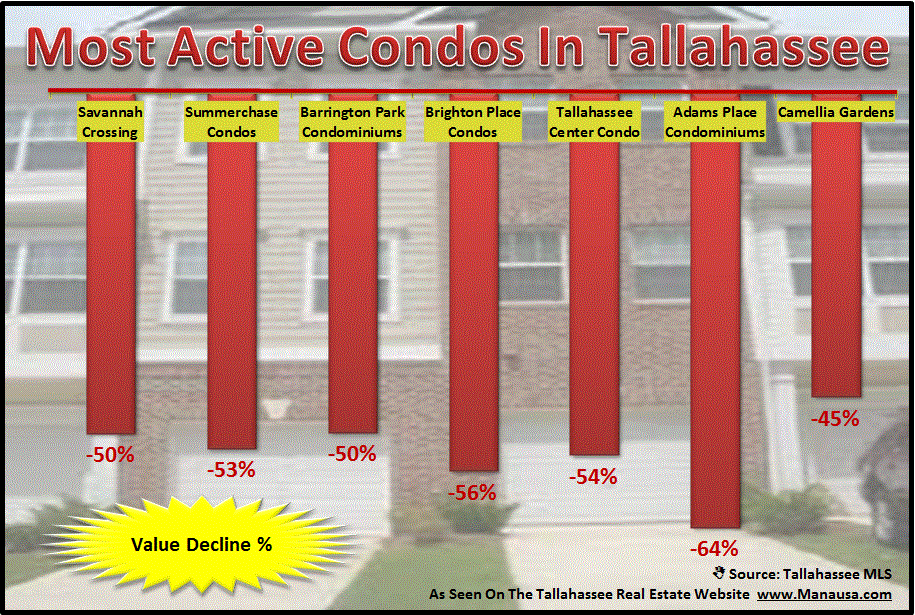 The following table lists all 44 of the below-average performing subdivisions in Tallahassee, and I have shown the "age" of each based upon the first sale registered in the Tallahassee MLS. Older neighborhoods (meaning that were created from 2003 and prior simply show "< 2003" as their age.