There were 24 foreclosure sales in January, which is a drop of 14% when compared to January of 2010. Simultaneously, new lis pendens filings dropped from 127 in January of 2010 to only 60 last month (a reduction of 53%). I believe that the large drop  in new lis pendens filings could be a very positive sign that the bulk of distressed properties are either "in the system" or have actually already been sold. 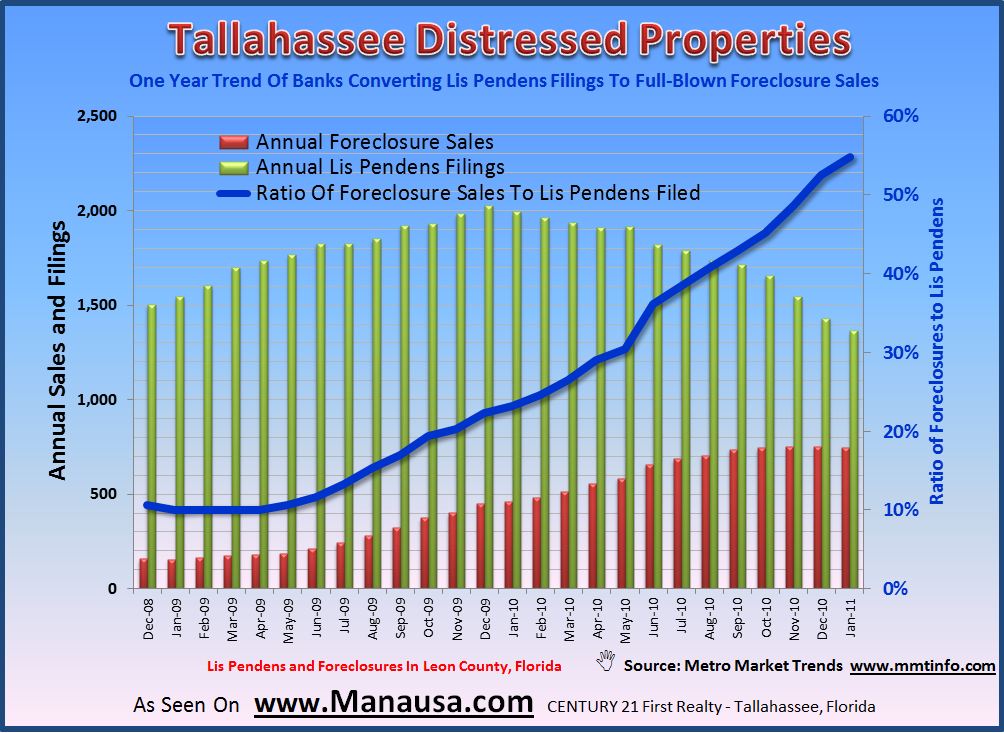 When we look at the foreclosure graph above, the red bars show the trend of annual foreclosure sales while the green bars show the trend of annual lis pendens filings. The ratio of the two is shown with the blue line, representing the percentage of lis pendens that currently are proceeding to foreclosure sale. The fact that this ratio is soaring higher right now is a sign that one or some of the following conditions are occurring:

Tallahassee Foreclosure Reports Have Been Updated

In case you are not a regular visitor to our Tallahassee Foreclosures Page, the following new reports have been published and can be viewed at any time: