The peak of the housing market came a year later in Killearn Lakes Plantation than it did for the majority of neighborhoods in Tallahassee, and because of that this popular community in Northeast Tallahassee appears to be faring better than most. The average home price in Killearn Lakes thus far in 2011 is $174K, down from $252K in 2007. 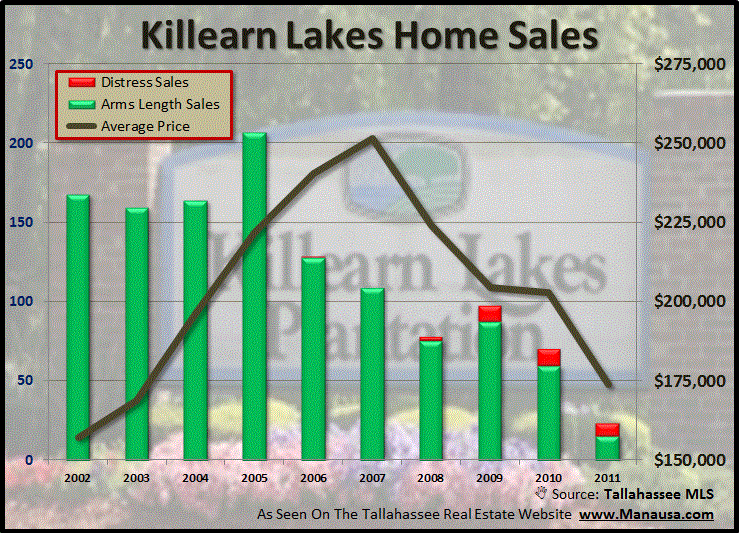 When we look at average home values in Killearn Lakes Plantation, we see that the decline is "only" 25%, which is far better than the 30% decline in home values across the entire Tallahassee real estate market. The real estate graph below shows that home values have averaged about $104 per square foot in 2011, which is roughly the same as they were in 2003. 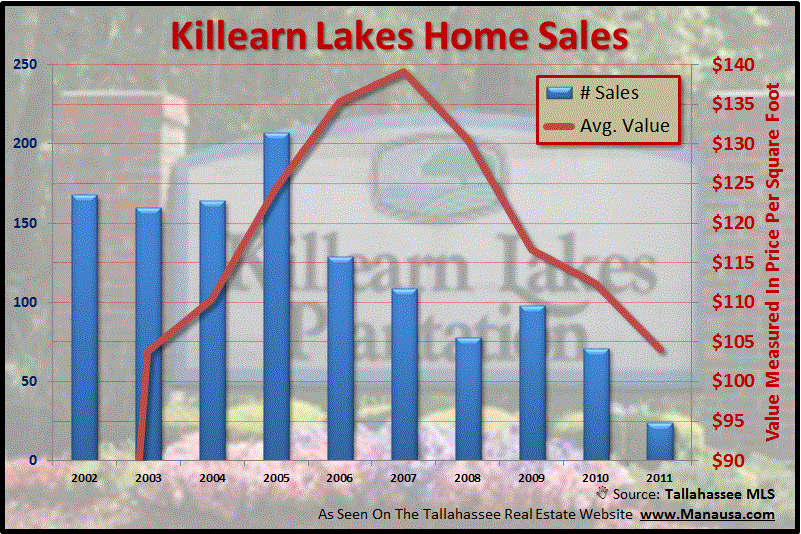 Currently, there are 71 homes for sale in Killearn Lakes Plantation. KLP has been near the top of the list in terms of the number of homes sold each year, and time will tell if we will see home value declines there begin to match the rest of the Tallahassee housing market. Both of our graphs show that values are still falling, so if you want to sell a home in Killearn Lakes Plantation, you need to decide just how motivated you are. You can either sell it fast for the highest value, or plan on holding on for another 5 to 7 years to get a better sales price.