If you are a regular reader of the Tallahassee Real Estate Blog, then you know we've recently reported on Shannon Forest and Royal Oaks, two very popular neighborhoods on the Northeast side of the Thomasville Road corridor.

But just to the north of these two subdivisions is the Foxcroft neighborhood, featuring homes at prices at and below $200,000.

But Foxcroft appears to be having a very strong year for home sales, thus it is likely the sub-$200K homes will soon be just a memory.

In this report, we have produced an analysis of home prices, home values, and home sizes in Foxcroft. Additionally, you can view the current listings in the Tallahassee MLS and all closed home sales in Foxcroft going back to 1991.

For all of the 3 real estate graphs found in this report, you will find the number of closed home sales for each year (red columns, measured on the left vertical axis), and an important real estate statistic shown in blue (measured on the right vertical axis. It is important to note that the analysis of the information that we provide is current through the second week of May 2015.

Average home prices have not changed much since last year, as the average recorded sales price is $183,400 thus far in 2015.

Average home values in Foxcroft are up 5% so far in 2015 after recording a small decline in 2014. If our recent reports on the other neighborhoods in this part of Northeast Tallahassee are any indicator, I would expect values to continue to rise this year in Foxcroft.

The average value of a home sold in Foxcroft this year has been $102 per square foot.

The average home size sold in Foxcroft typically falls in a range of 1,700 to 1,900 square feet, and this year is no different.

The 8 home sales in 2015 averaged 1,789 square feet, and I suspect every home that hits the market priced correctly will sell right away (meaning home size will not be an issue in Foxcroft this year).

I hope you enjoyed our May 2015 update on home sales in Foxcroft, please feel free to drop me a note if you have questions not covered in this report. 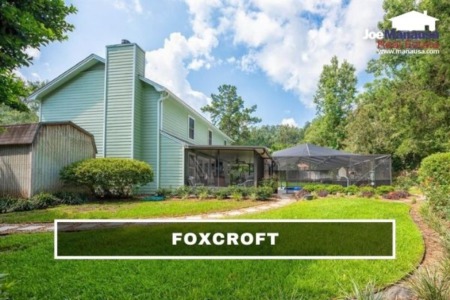 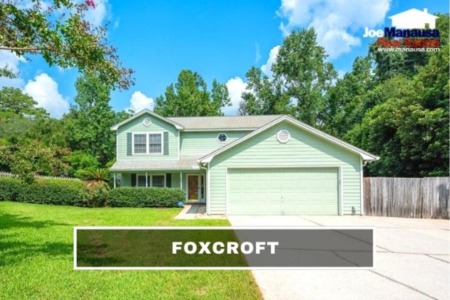 Foxcroft is a super-popular neighborhood located on the east side of Thomasville Road on the western edge of ...