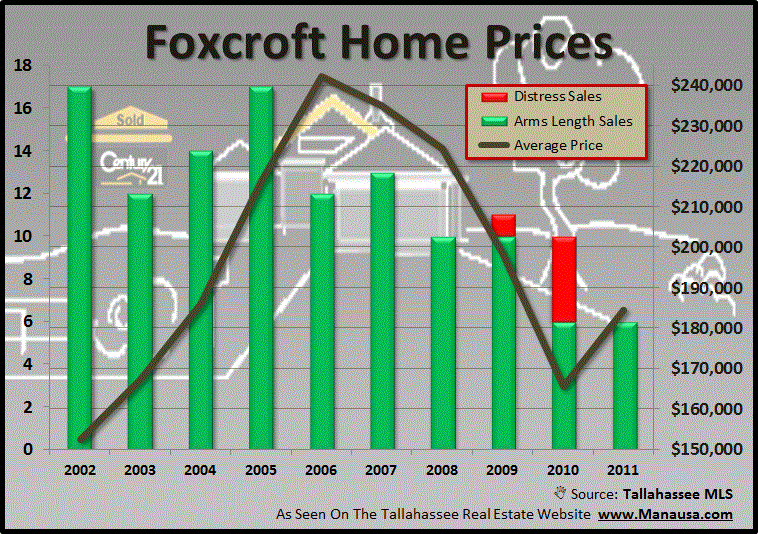 Foxcroft home values appear to be on the rise again. Last year, home values had dropped a whopping 36% since the peak of the market, but this year’s apparent recovery has reduced the depreciation total in Foxcroft to 24%.

In the real estate graph below, the vertical bars measure (left axis) the number of home sales each year, while the blue line shows the average home value in Foxcroft (measured in price per square foot on the right axis). Note the nice little spike in the value line below. 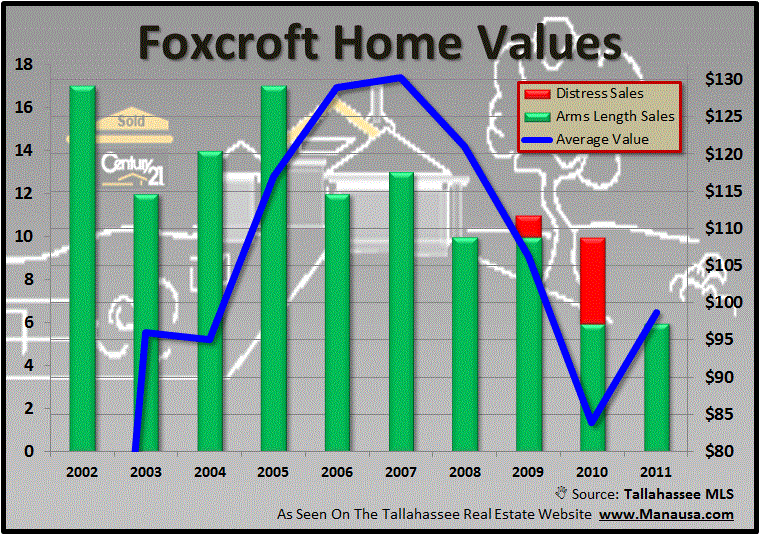 The reason for the spike can be seen in the vertical bars which measure the total number of home sales. Note last year that 40% of the homes sold were distressed properties (red section), while 60% were arms length sales. Thus far in 2011, none of the six sales recorded in the Tallahassee MLS were marked as distressed sales, thus the higher sales prices.

If you are considering selling a home in Foxcroft, you should be aware of the shadow inventory of homes that likely will become distressed sales in the future. They will have a significant impact on the future value of your home. Home values in Foxcroft are still on the decline, the graph above is merely a false positive report that we will continue to see in spots around Tallahassee that have cyclical distressed properties wash through the reports.

The advice to people who need to sell a home in Foxcroft is the same as anywhere else in Tallahassee. Either choose to own your home another 5 to 7 years (minimum), or sell it as fast as you can. The supply of homes in Tallahassee is still high, and demand is only at 53% of the level that we would expect to see if the housing market was not in a recovery phase. Choosing to wait a year or two will cost you money.