Eastgate in Northeast Tallahassee has been a favorite "value location" for the past several years.

Situated inside of I-10 with access to "everything," it should be no surprise that buyers have been flocking here lately.

Homes On The Market In Eastgate 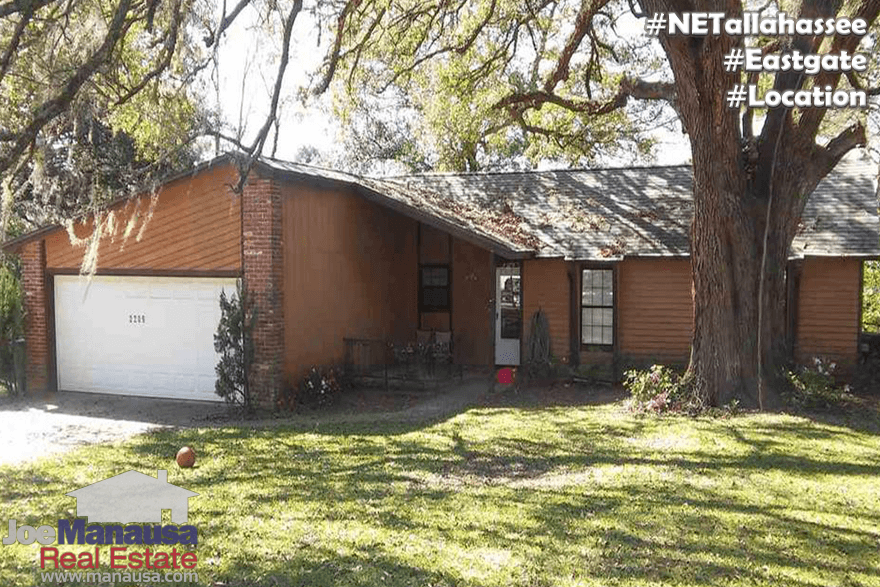 If you want a single family detached home, in a great neighborhood that is within walking distance to dining, shopping and more, than consider Eastgate as one community you should monitor.

Eastgate is zoned for the following public schools:

In this report, we will look at average home prices, average home values, and average home sizes in Eastgate, as well as show a table of all closed home sales going back to 1991.

It is important to note that the narrative contained below is for sales through December for all previous years, but through the first week of April in 2017. The graphs and the closed sales table will be continuously updated into the future (meaning bookmark this page if you always want to know the current status of homes in Eastgate).

While home prices moved higher in 2016, they have absolutely soared thus far in 2017. The 3 homes sold this year had an average sales price of $166,600 (as we projected in our previous reports on Eastgate).

Home sales activity in 2017 has been brisk, and for the foreseeable future, it will continue to be a seller-side issue. The number of homes sold in Eastgate in 2017 will only be dependent upon the number of homeowners who decide to move, as buyers are already lining up waiting for this location. Currently, there are five homes for sale in Eastgate and four are already under contract. Buyers ... if you snooze, you loose!

Average home values in Eastgate are up more than 17% in 2017, and this is due to 1) the fact that home values were beaten down far too low in recent years, and 2) the homes that have sold thus far in 2017 have been a little smaller. Expect values to end the year FAR higher than where they closed last year.

Right now, home values at $128 per square foot are roughly 7% lower than those recorded at the peak of the housing market in 2006, and up a full 32% from the low set in 2013. This means that Eastgate is recovering now faster than the average Tallahassee subdivision.

The average home size sold in Eastgate typically falls in a range of 1,200 to 1,500 square feet, and this year's home sales have been just below average. The first three home sales have averaged 1,306 square feet. Remember, everything marketed correctly in Eastgate will sell right away this year, so the average home size will be a reflection of the sellers that wanted to move, not so much in what buyers wanted. Buyers want EVERYTHING in Eastgate.

The following list shows nearly 500 home sales in Eastgate going back to 1991.

I hope you enjoyed our April 2017 update on home sales in Eastgate, please feel free to drop me a note if you have questions not covered in this report. 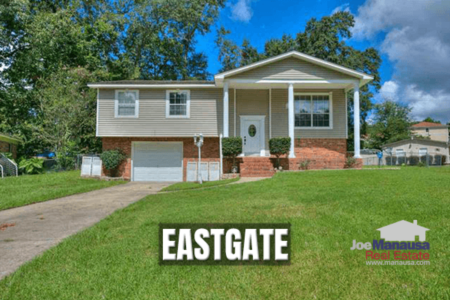 Eastgate is a popular neighborhood located on the east side of Capital Circle NE just south of I-10, perfectly ... 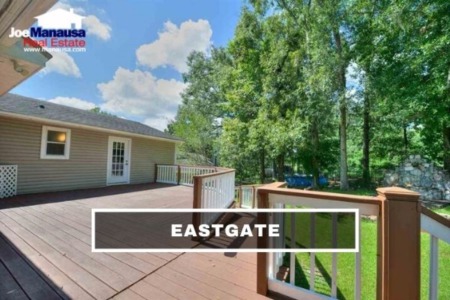