Who's To Blame For A Declining Real Estate Market? 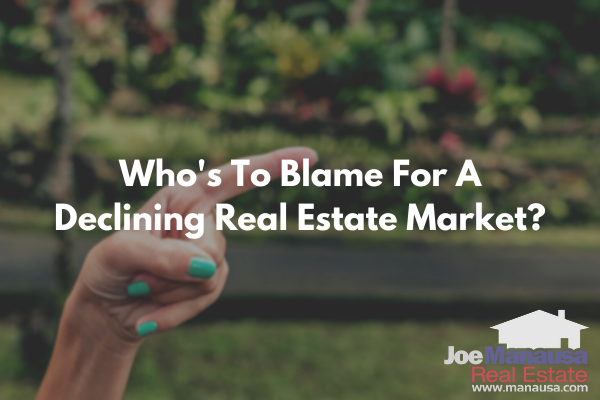 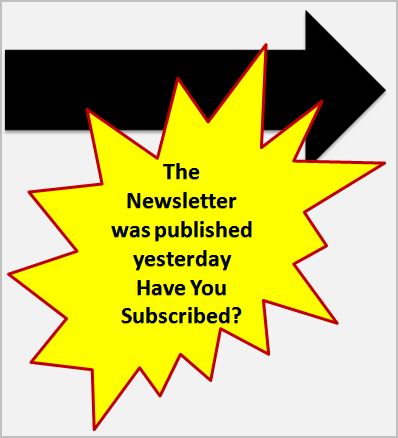 So, I decided I would read-up on this thought and try to truly discover the culprit in this crime of the century. I, like many other readers and real estate professionals would love to bring to light the guilty party so that we have somebody to throw darts at during our pity pity party.

Are Builders To Blame For The Declining Real Estate Market? 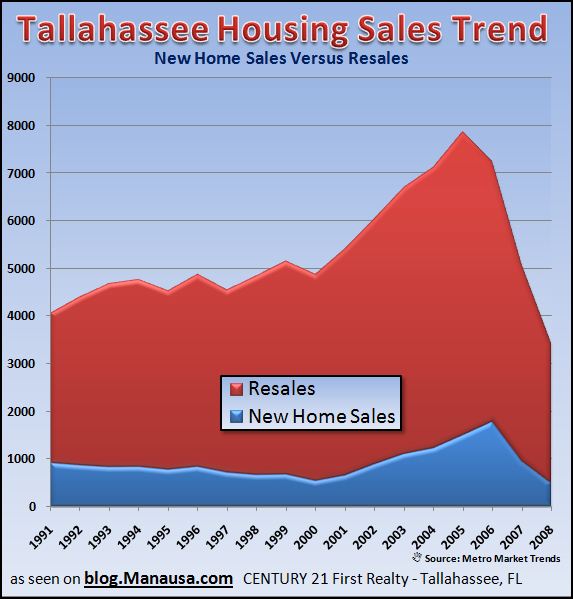 The first thing that really jumps out of the graph is that ALL sales really boomed during the years 2001 through 2006. We can see that the builder activity in blue certainly spikes up during those times, but we see the same spike in the resale market as well. It seems that both resales as well as new homes contributed to the boom of the housing market. From this data, I would be hard-pressed to say the boom of the housing market market (and thereafter the decline) could solely rest on the shoulders of the home builders.

Are Banks (and/or the Fed) To Blame For The Declining Real Estate Market?

In order to reverse the recession in 2000, the Federal Reserve (the Fed) dropped the Federal Funds Rate, which is the rate at which banks are charged for overnight borrowing). The US mortgage market reacted strongly to this stimulus, and rates hit a 40+ year low in the summer of 2003. Household debt rose to 130% by 2007 and home ownership rates hit very close to 70% in 2004. Home prices across the country increased by a whopping 124% during the period of 1997 to 2006, creating a market pace that was difficult to service.

In order to sustain momentum (read that to say continue finding new borrowers even after everyone with good credit had already done so), banks created new loan programs that would service higher-risk borrowers, by eliminating some of the traditional methods (i.e. down payments, credit reports, etc.) utilized to guarantee repayment of the loan. This resulted in an unprecedented volume of new loans and the  housing market boomed.

It would be very easy to point out that without easy-access to money, the market would have been cooled much earlier through diminished demand. Demand for homes was extended by bringing a new buyer-pool that traditionally was not able to participate in the market (the moderate to poor credit consumer), thus builders kept building and the market kept rolling along.

Now remember, the Fed stimulated all of this with lower interest rates to get the country out of its recession. The Fed could have maybe better controlled this by raising the over night funds rate when the market started expanding (but of course, this is the benefit of hindsight). Nobody was crying when the Fed reduced rates to stimulate the economy, so I would say it would be hard to use hindsight to blame the Fed.

Are REALTORs To Blame For The Declining Real Estate Market?

Greed and Fear Drive All Markets

The fact is, anybody who bought or refinanced a home during this time of excess was part of the problem. Greed was a major contributor, but it always exists in an open market. We just let it get out of control. Fear is in charge now. We saw 6 years of growth and it will take quite a few years (like maybe 6....) to consume the excess of homes that were created during the boom. Believe it or not, it's just all part of the cycle.

But Seriously, Are REALTORs To Blame For The Declining Real Estate Market?

Tallahassee Realtors have their share of liability in all of this mess too. When things were going great, we proclaimed that homes were always a smart investment, that they never (not even once) had seen a decline at the national level.....until 2007. It was true, but it was also what we wanted to believe, as we were heavily invested in the market. And not just as practitioners, but also as investors ourselves.

I believe in real estate as a long-term investment. If you own a home and plan to live in it for a while, you most likely will do very well.  Historically, it has rarely made sense to buy a home when you know you were going to move in less than three years. But for people who plan to be around for a while, you get a far better selection of homes and a great chance to make money when you buy.

Here are some historical appreciation rates that have occurred in the US (Existing home appreciation from 1968 to 2007):

Yes, we are in a cooling off period, but we've seen them before. Even during the decades above, there have been recessions and periods of slow growth. So, what do we learn from all of this..... We should let the "greed" side of the market motivate us to consider options to grow, but we should also let the "fear" side of the market warn us about the level of risk that we are comfortable taking.

Fear and greed drive the markets and both are needed to keep us straight. Consumers make up the market and it will always be the consumer who is to blame for the extremes of the market. In the middle of this decade, the consumer could not get enough of the housing market, and that is what lead to the boom. Now, consumers are scared and are not making discretionary buying decisions, and that is what is generating the decline. But do not fret, time cures all ills. Greed will rebound again.

Great article! Well thought out and researched... should help some folks understand how we got here...Thanks.

Thank you Eva. I suspect we all have a little involved in this.

What Is Considered A Good Offer On A House?

Recently, a reader asked about making a good offer on a house and I think it makes for a great review. For new readers of ...

I have received a lot of questions and feedback about this real estate website over the years, and people have been asking ...