With just over 130 homes, popular NE Tallahassee neighborhood Cameron Chase was "born" during the bull market in 2002 and sold out of new homes in just 3 years.

As a classic "boom neighborhood," we monitor seller activity to see if any patterns emerge that suggest an inventory of pent-up demand.

It has now been just over 10 years since the initial homeowners moved in, and thus it makes sense that many will be ready for their next move. As the southern boundary of Killearn Estates, Cameron Chase has an A+ location and is likely to remain popular for quite some time.

I believe the market will absorb these homes rapidly due to their style and location, but if a mass of sellers hit the market at the same time, we could see pricing pressure for a while. 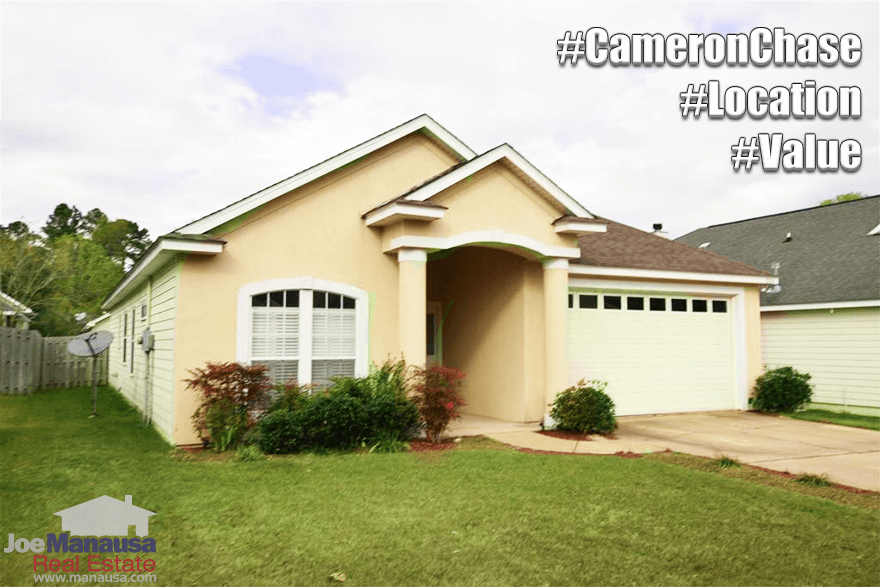 Cameron Chase is served by the following Leon County Schools:

The following housing report for Cameron Chase includes graphs of home prices, home values, and home sizes. Additionally, we have incorporated a continually updated tool that will display all past closed home sales going back to the first in Cameron Chase in 2002.

It is important to note that the narrative contained below is for sales through December for all previous years, but through 24th of December in 2016. The graphs and the closed sales table will be continuously updated into the future (meaning bookmark this page if you always want to know the current status of homes in Cameron Chase).

Cameron Chase home prices moved up 8% in 2016, and with 7 homes sold and closed we should consider this a fairly "normal" year for the neighborhood. The average home sales price in 2016 was been $234,200.

Home sales activity in 2016 has been right about where you would expect a neighborhood of 130 homes to be Seven homes have sold, three are on the market, and one is already under contract.

Average home values in Cameron Chase are up roughly 3% in 2016, which is only up 6% since hitting the bottom back in 2008. This means that values are still lower than those found at the peak of the housing market, and it is likely that many Cameron Chase homeowners are still upside down on their mortgages.

Fortunately, the market is shifting to a seller's market in this area and price range, so expect Cameron Chase homes to appreciate further in 2017.

The average home size sold in Cameron Chase typically falls in a range of 1,700 to 2,000 square feet, and home sales in 2016 were near the upper middle of this range.

I hope you enjoyed our January 2017 update on home sales in Cameron Chase, please feel free to drop me a note if you have questions not covered in this report. 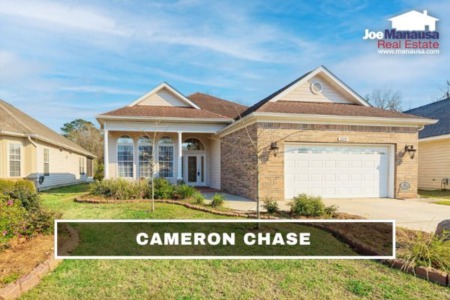 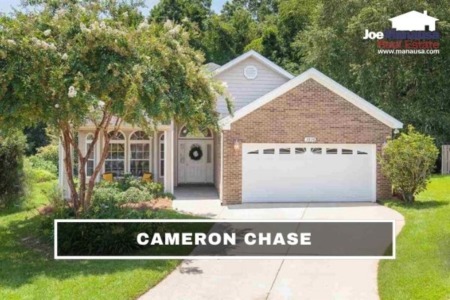