Bull Run home sales have boomed over the past five years, as did many of the "boom" neighborhoods in Tallahassee. Located in a great northeast location, these executive homes have a lot to offer for many Tallahassee families.

But this subdivision was "born" during the boom, so this brings on more challenges than most Tallahassee neighborhoods have to face. Bull Run home sales only commenced in 2005, so even as we face the toughest real estate market of our lives, these property owners will also have to deal with normal movement cycles.

When we look at the graph of home sales in Bull Run, we notice a much-better "stabilized" rate of sales than we do in older Tallahassee subdivisions. This is caused by many reasons, but I think the most prominent one is that falling land prices are allowing builders to bring smaller, new construction homes to the market at prices cheaper than existing homes are priced. 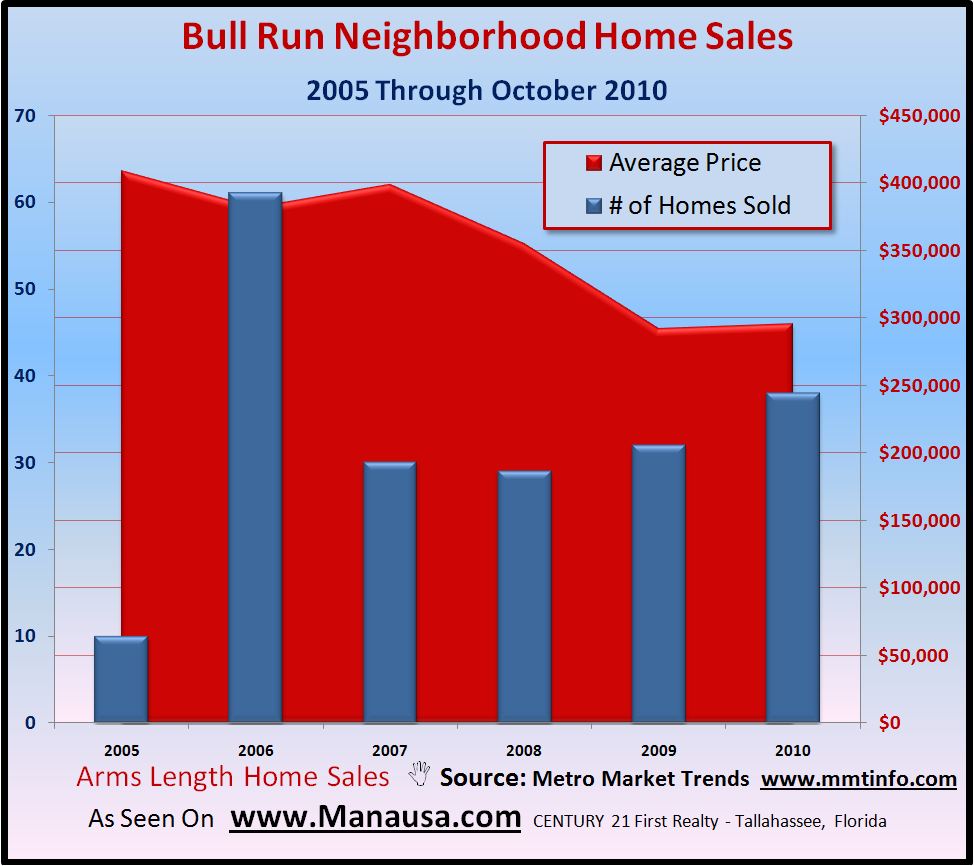 A much clearer picture of Bull Run appears when we look at valuations, in terms of Bull Run home sales price per square foot. 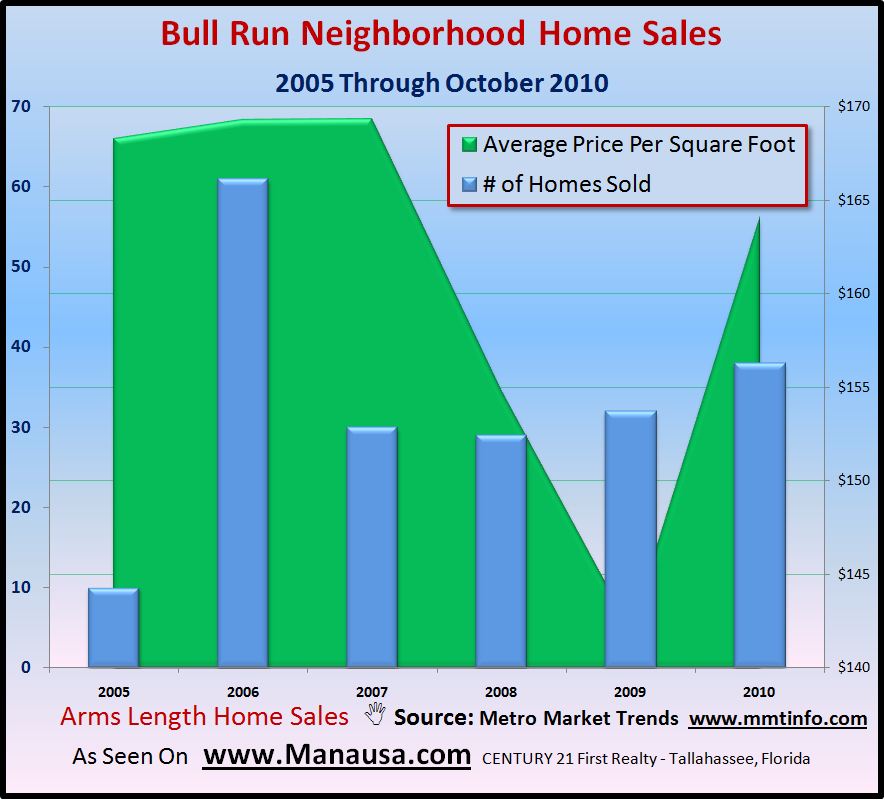 When we look at the green shaded section of the real estate graph above, we see rapidly falling values from 2007 to 2009, until a wave of smaller, new construction homes were sold in 2010. This gives the appearance of an appreciating neighborhood, but that is why doing thorough due-diligence is so important when you buy a home in Bull Run.

The demographic for Bull Run is primarily families with children, and demographically speaking, then tend to move every 5 to 7 years. Even if this trend slows, we should expect high turnover levels from 2011 through 2015.

My advice to homeowners is to sell your Bull Run home immediately if you want to avoid the largest competition that you will be facing over the next few years.

The following map shows each of the homes for sale in Bull Run. Simply click on any marker and the full details of the home will be revealed.

The following is a list of all Bull Run home sales in the Tallahassee MLS:

I hope you have gained valuable information regarding home sales in Bull Run, please don't hesitate to drop me a note if you want to more information about selling a home or buying a home in Tallahassee. 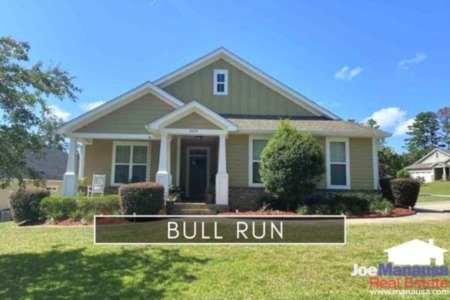 Bull Run is a smoking-hot newer neighborhood with roughly 380 four and three-bedroom homes on smaller lots. Located in the ... 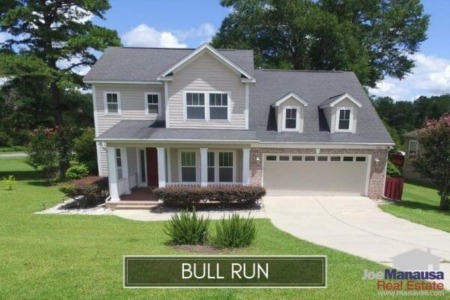 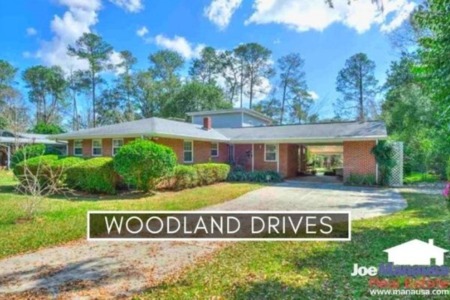 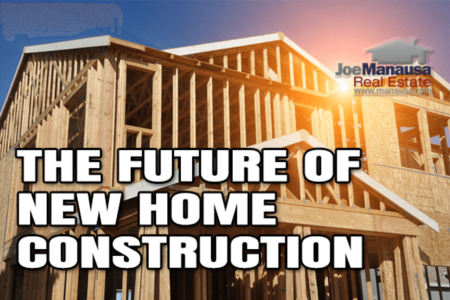