If you are looking for a home in the mid $400Ks in Northeast Tallahassee, take a good look at Buckhead.

Homes For Sale In Buckhead

The following list of homes are the active listings in Buckhead. 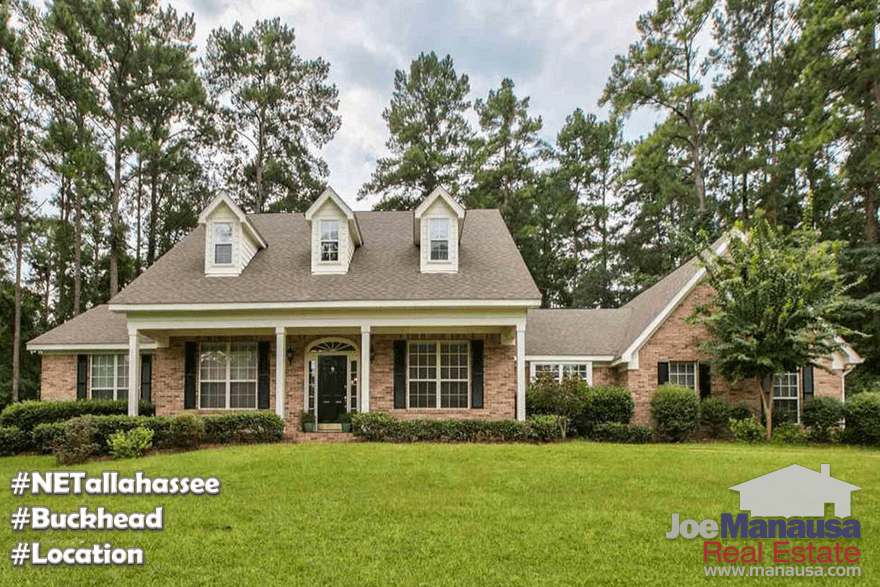 While most of the 32309 zip code contains homes that have been around a while, Buckhead offers a more modern array of properties, with new construction now and with homes built as far back as the early 1990s. You might say it is the un-Killearn of the area dominated by Killearn Estates.

Currently, there are four homes for sale in Buckhead, with only one already under contract. Properly marketed homes in this neighborhood will sell fast in 2017.

It is important to note that the narrative contained below is for sales through December for all previous years, but through the second week of March in 2017. The graphs and the closed sales table will be continuously updated into the future (meaning bookmark this page if you always want to know the current status of homes for sale in Buckhead).

Average home prices moved higher in 2016, though the one home sold this year was a bit lower at $435,000, most likely due to it being a smaller Buckhead home.

The pace of home sales in Buckhead returned to normal in 2015, and only the pace of sellers entering the market will determine how many homes will sell in 2017 (meaning there is strong demand for these homes and all homes listed and properly marketed with be sold this year).

Buckhead home values reached an all-time high in 2016 and have continued higher already this year. The one home sold in 2017 recorded a value of $170 per square foot. With this being a smaller home, expect to see the larger ones sell at a lower price per square foot for the next six months or so.

New construction had a strong impact on home values last year (new sell for more than used), but values are definitely rising. Well appointed homes, even if not brand new, are selling very well right now.

The average home size sold in Buckhead typically falls in a range of 2,500 to 3,500 square feet, and sales in 2016 fell into the middle of this range. This year has started off with a smaller home sale (and likely the reason why the average price per square foot shot up so high from last year).

The following list shows nearly 250 home sales in Buckhead going back to 1994, the first year homes were sold here.

I hope you enjoyed our March 2017 update on home sales in Buckhead, please feel free to drop me a note if you need a real estate broker or are considering selling your home. 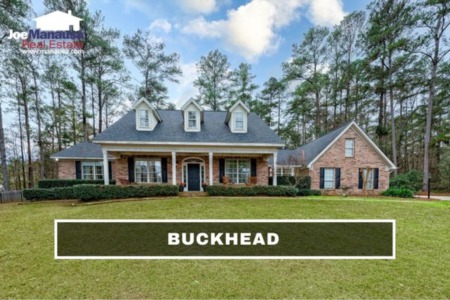 Buckhead is located across from Killearn Estates on the east side of Centerville Road, just north of I-10, and just a ... 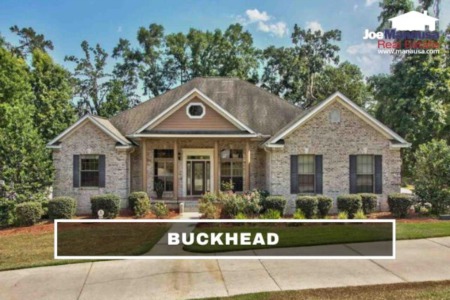 Buckhead has roughly 160 executive-style homes on half-acre sized lots in the popular 32309 zip code, filling a ...