Located inside of I-10 and along Thomasville Road, the various Betton neighborhoods (Betton Hills, Betton Hill, Betton Woods, Betton Estates, Betton Place and Betton Oaks) have long been favored by Tallahassee home buyers.

The Betton neighborhoods have wonderful parks and homes built from the late 1940s through the early 1990s, though occasionally new homes have been built since that time.

In this report, we will look at prices, values, and sizes of homes in Betton, as well as show current listings in the Tallahassee MLS and all closed home sales going back to 2003.

Betton Hills is one of Tallahassee's oldest and finest neighborhoods. Nestled close to downtown, between Thomasville and Centerville roads, the single family residences in this neighborhood blend design from old and new Tallahassee. Dramatic changes in elevation and lush vegetation add to the stunning beauty of vistas throughout the neighborhood. Betton Hills is also adorned with four lovely parks, Winthrop, Harriman, Chittenden (Bellamy), and McCord. Each park serves the neighborhood in different ways. Winthrop Park is well-equipped with sporting facilities, a fabulous children’s playground, and beautiful rose gardens. Chittenden, McCord and Harriman Parks feature walking trails, ponds, flower gardens or wildlife habitats. The character of this residential area is considered a valuable resource that is well respected in the Tallahassee community. In 2009, Betton Hills was a City of Tallahassee Neighborhood of the Year! - Betton Hills Neighborhood Association

For each of the three real estate graphs found in this report, you will find the number of closed home sales for each year (blue columns, measured on the left vertical axis), and an important real estate statistic shown in red (measured on the right vertical axis. It is important to note that sales are through December for all previous years, but through mid December in 2014.

Average home prices have been recovering in the Betton neighborhoods for the past two years, up until about six months ago. 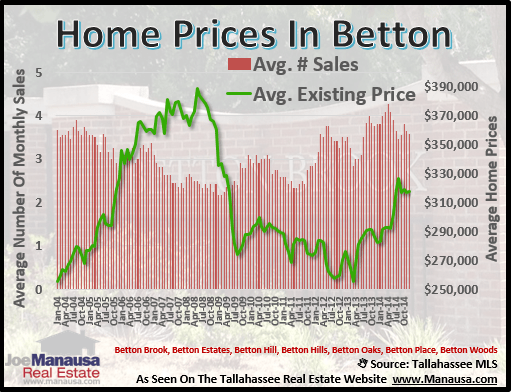 Home sales activity this year is robust, where the number of home sales has been higher than the most active years from 2002 through 2006. As far as the Betton neighborhoods are concerned, the recovery is here and they are just waiting for prices and values to return.

Average home values in Betton are up this year, though the rate of appreciation is just above zero and even slightly lower than the summer values of 2013. 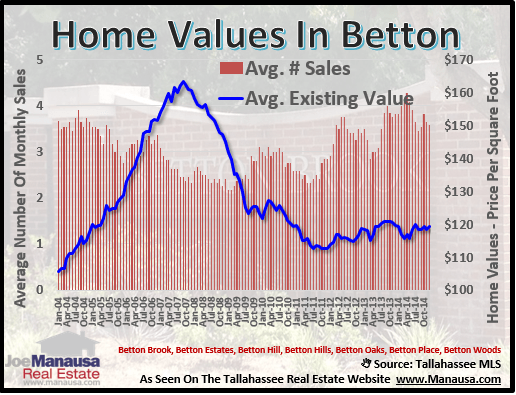 Through mid December, the average value of a home sold in the Betton neighborhoods has been roughly $120 per square foot. You can look at the table above the graph to get current values in each Betton subdivision.

The average home size sold in Betton typically falls in a range of 2,200 to 2,700 square feet, and this year buyers have been selecting homes near the top of this range. 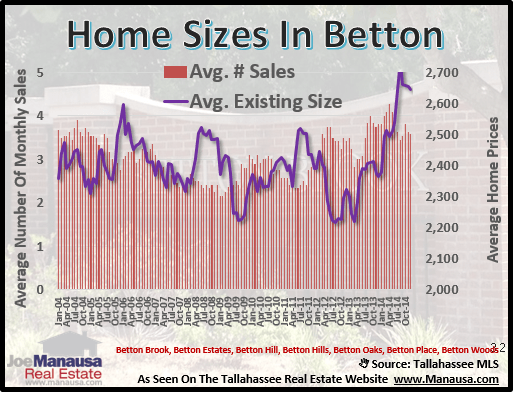 Homes For Sale In Betton

The following list of homes are the most recent listings in Betton.

The following list shows home sales going back to 2003 in Betton.

I hope you enjoyed our December 2014 update on home sales in the neighborhoods of Betton, please feel free to drop me a note if you have questions not covered in this report. 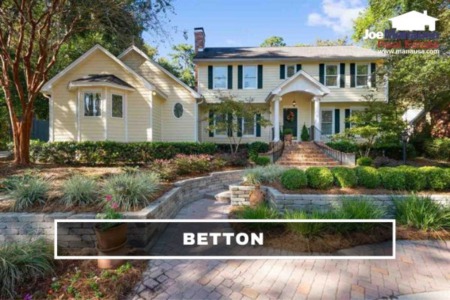 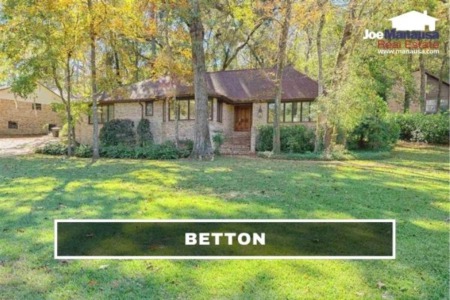 The Betton neighborhoods in Midtown Tallahassee contain a wide array of three, four, and five-bedroom single-family ...