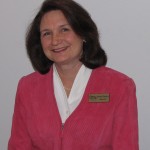 Andrea Chapman describes herself as a "Jersey Girl by birth, Floridian by choice."  She grew up in suburban New Jersey, getting her first taste of the Real Estate business as a teenager typing listings and answering phones at the agency where her mother worked.  She graduated from Douglass College of Rutgers University in 1974 and started working at Bell Labs in Piscataway, New Jersey, writing and evaluating training manuals.  In the evenings she attended graduate school at Stevens Institute of Technology, earning an MS in Management Science – Applied Psychology in 1976.

On November 29, 1975, Andrea married Robert Chapman, a Brown University graduate and student at Rutgers University graduate school.  In 1977 they moved to Miami, Florida, where Robert went to U Miami medical school, and Andrea provided support by working at Southern Bell (now Bell South).  Her positions included short-term planning of digital trunks, supervisor in special services repair, and personnel assessment.  During this time, the Chapmans bought their first home – a townhouse on a lake.

Andrea became a “stay at home Mom” in 1983 with the birth of her daughter, Colleen.  She and her family moved to Lakeland, Florida in 1985 when Robert accepted a position at The Watson Clinic.  Son Scott was born in 1986 and the family was complete.  The Miami townhouse didn't sell right away, so Andrea rented it out and became a long-distance landlord for a few years.  When it was back on the market, the townhouse sold about 6 months before Hurricane Andrew landed.

When the children were in school, Andrea volunteered in schools and clinics, held every office in her homeowner's association, joined the Junior League and a tennis team, took some accounting courses at Polk Community College, wrote articles for magazines and newsletters, and worked part-time as a substitute teacher and tax-preparer.  She also developed a knack for painting, papering, and repairing things around the house.  In her neighborhood, she was known as “the lady who painted her own house.”  It took over a year of part-time labor, but Andrea scraped, sanded, caulked, primed and painted every exterior inch of her one-story stucco home, including soffit and trim.

In 2001 she started working for the YMCA, both as an aerobics instructor and writer/editor of newsletters, annual reports, and other marketing materials.  In 2006, both children were in college and Andrea and her husband decided to move to Tallahassee.  When the Lakeland house went on the market, Andrea removed all wall paper, painted the entire interior taupe, and helped with the updating of kitchen and bathrooms. Eventually, the house was purchased by a nice family from Texas.

Andrea and her husband enjoy the natural beautiful and outdoor possibilities of Tallahassee. They can often be seen riding road bikes in their northeast Tallahassee neighborhood.

The experiences of selling and buying a home, preparing a home for sale, and evaluating the potential of houses on the market drew Andrea to the field of Real Estate.  With children launched and husband busy at Capital Health Plan, there is now time to devote to realizing her own career potential, and Real Estate combines her interest in technical, financial, aesthetic, and interpersonal areas.