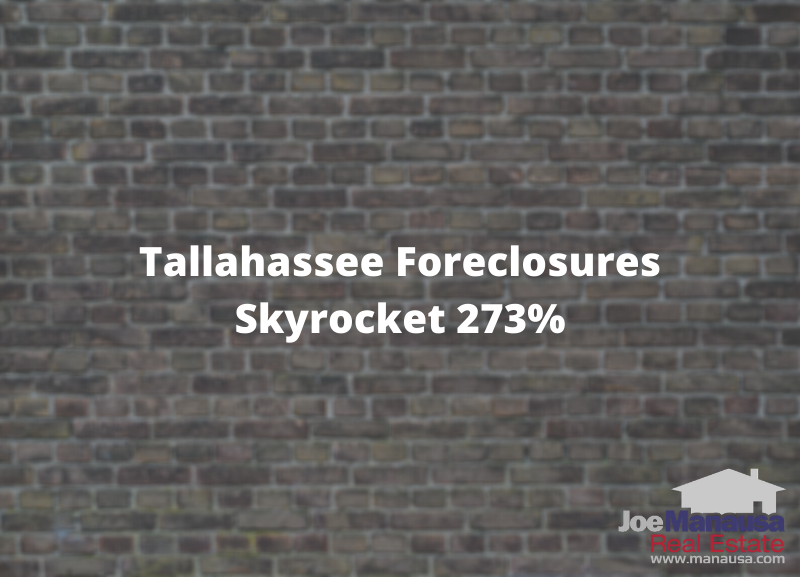 We've been watching the lis pendens filings stack up for quite some time, knowing that foreclosures would eventually have to follow. It appears that the time is upon us. Banks now seem to be making the decision to follow through on the foreclosures that were previously just being shelved.

Tallahassee Year Over Year Foreclosures On The Rise

There were 56 foreclosures in Tallahassee that were posted during the month of August, which is up 273% compared to the 15 that were closed in August of 2008. To get an idea of what Tallahassee foreclosure activity looks like in a real estate graph, the blue field below shows it quite clearly. 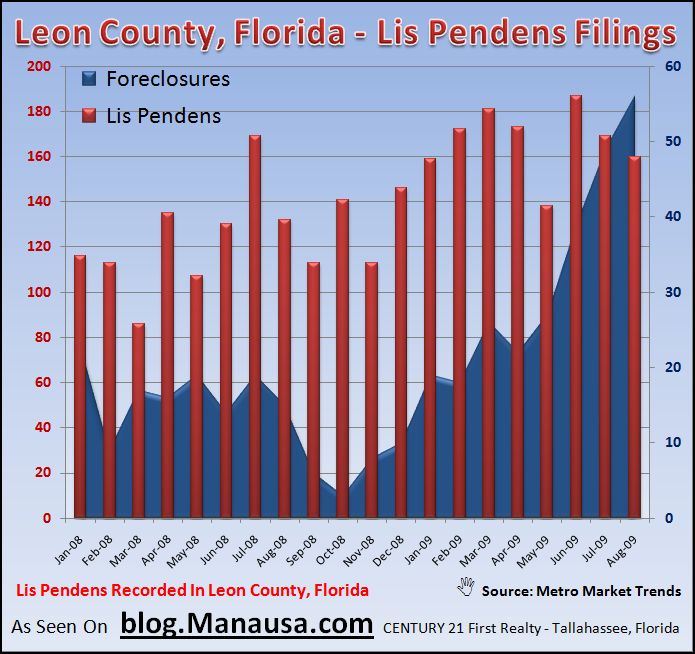 By tracking the number of lis pendens filed in Tallahassee, we get a feel for how distressed properties are affecting (and going to affect) the housing market. The following real estate graph shows lis pendens filings with a 1-year trend. 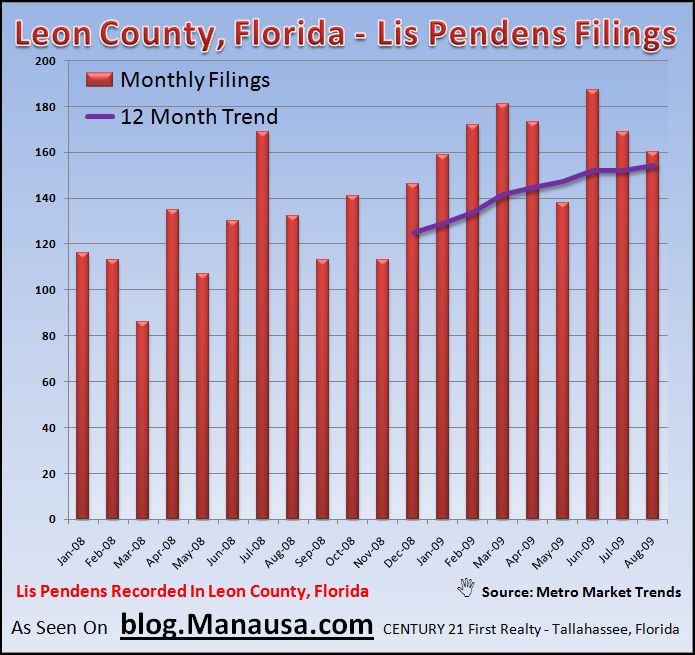 Keep checking out the Tallahassee Real Estate Blog every day for updates on real estate in Tallahassee Florida.

It doesn't seem that long ago that distressed properties dominated the listings in the Tallahassee MLS, but times do change.... 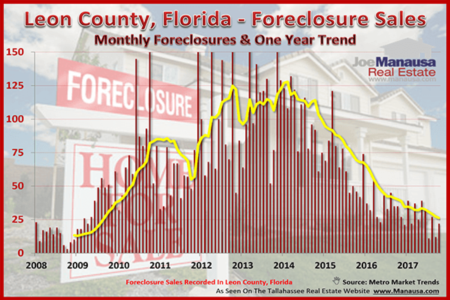 Can You Still Find A Foreclosure In Tallahassee For Forty Cents On The Dollar?

Recently a homebuyer asked me if you could still find a foreclosure in Tallahassee for forty cents on the dollar, so I ...