New lis pendens filings in Tallahassee dropped 20% in January when compared to January 2009, but foreclosure sales were up. This indicates that banks are more willing to proceed on mortgage foreclosures than they have been in the past. 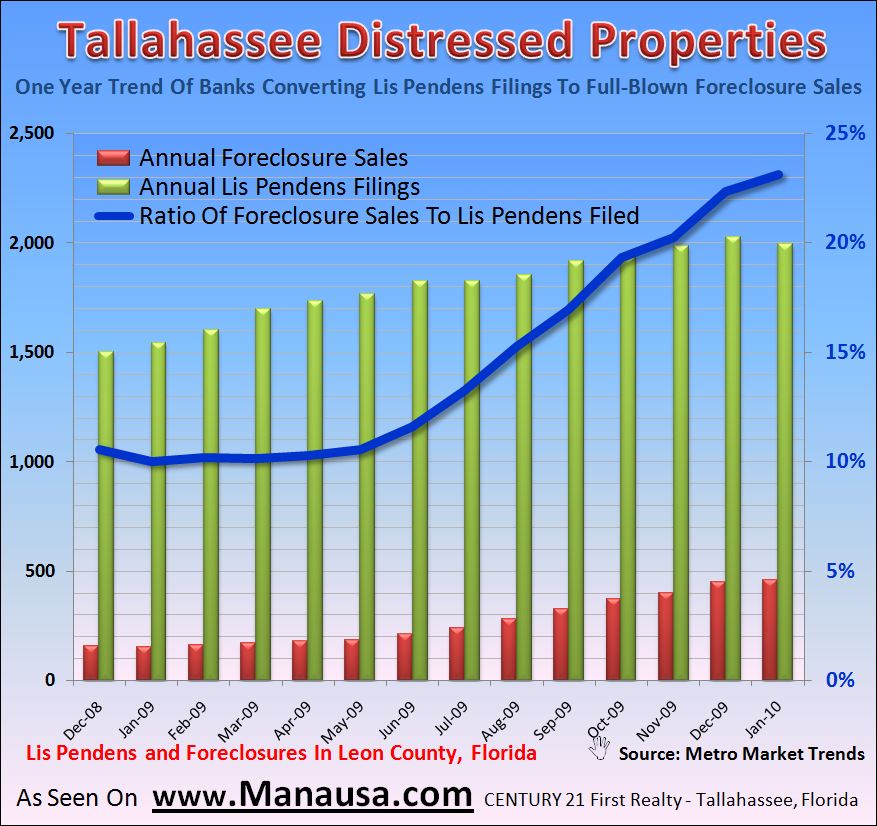