Yesterday, the National Association of REALTORS® released the November edition of the Existing Home Sales Report and and pointed out a positive trend for the first time in five months. Of course, any time NAR releases a report, we have to look at Lawrence Yun's spin on what it says. As NAR chief economist, Dr. Yun is responsible for taking home sales data and making the housing market look good (not an easy job these days). Of the November report, Dr. Yun opined:

Continuing gains in home sales are encouraging, and the positive impact of steady job creation will more than trump some negative impact from a modest rise in mortgage interest rates, which remain historically favorable ... The relationship recently between mortgage interest rates, home prices and family income has been the most favorable on record for buying a home since we started measuring in 1970. Therefore, the market is recovering and we should trend up to a healthy, sustainable level in 2011.

I pulled existing home sales information from the Leon County Tax records and found that, as usual, Tallahassee seems to be reporting trends that are very consistent with what is being reported on the national level, but perhaps a few months behind.

In November, unit sales dropped 33% from October which in contrast nationally sales actually rose. But in year over year results (one year trend), we saw Tallahassee drop 44% compared to the same time last year, which was enjoying the initial terminus of the Homebuyer Tax Credit. Nationally, the drop was 28%, thus showing the significance of the tax credit in stimulating existing home sales everywhere similarly as it had in Tallahassee. 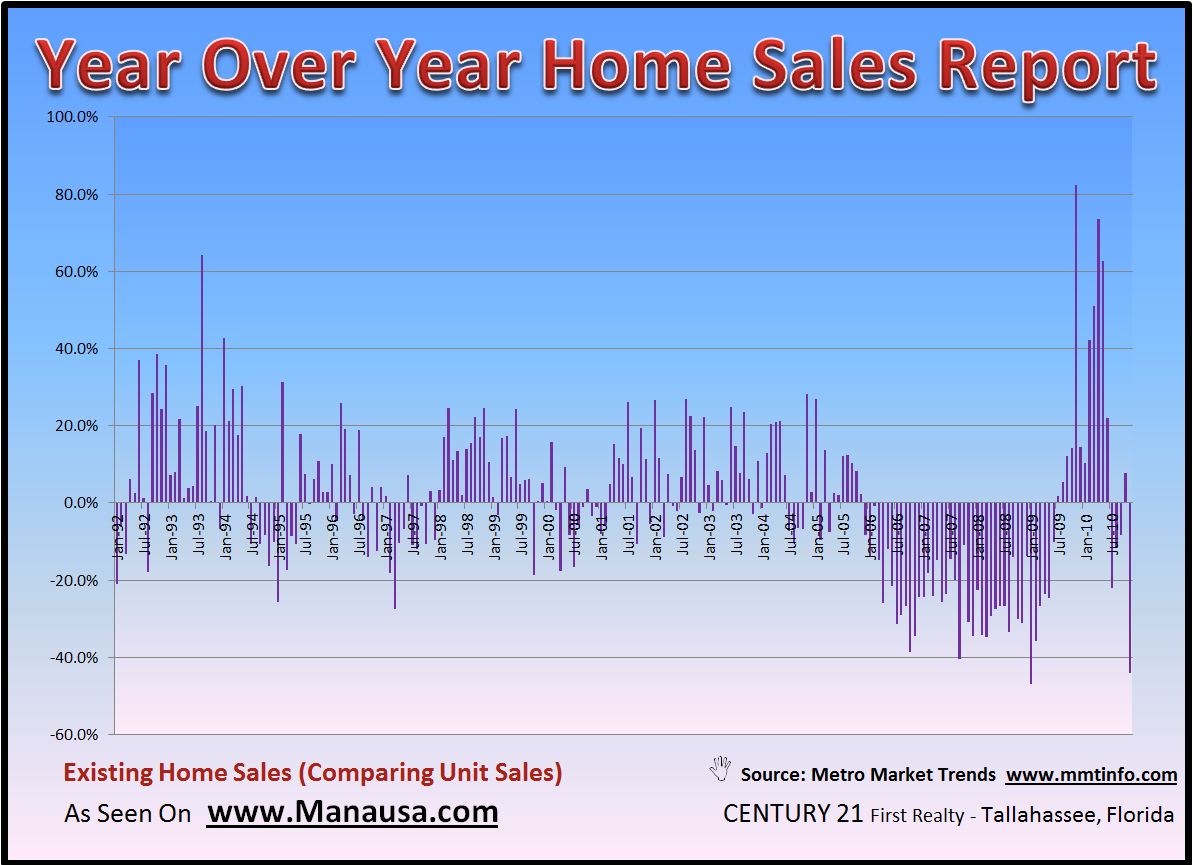 Unlike Dr. Yun, I cannot conclude that we should "trend up to a healthy, sustainable level in 2011." This baseless claim does not contemplate the increased difficulty in obtaining loans, nor does it give any regard to the fact that we have depleted the force of first time homebuyers and we now must rely on a pool of buyers who first have to sell a home in which they have negative equity.

My prediction for 2011 remains unchanged. It will be a sluggish housing market, where buyers are hard to come by and home values will continue to decline. The real estate graph below shows two very interesting points. 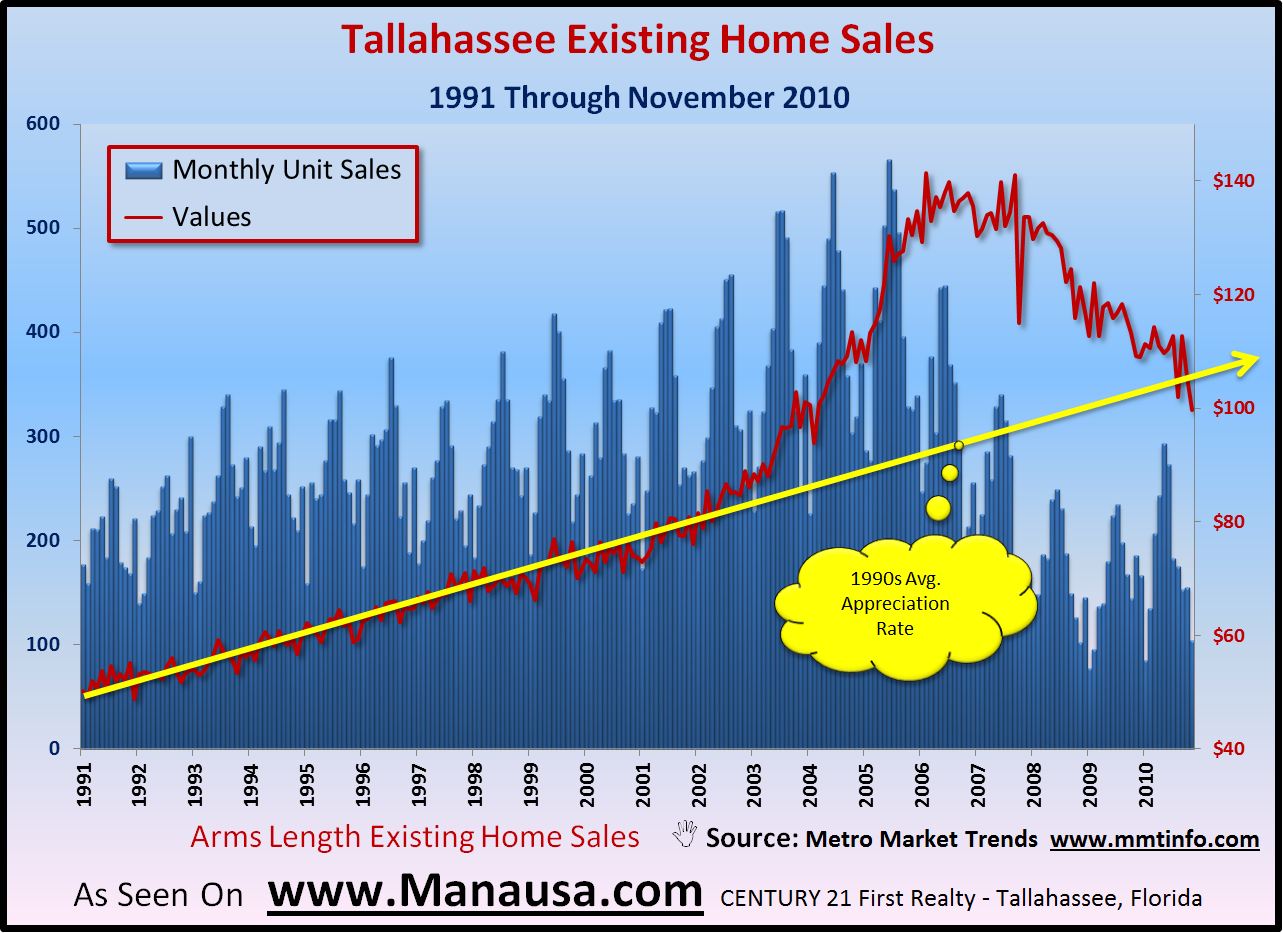 First of all, the graph shows the number of existing home sales each month (blue bars) and the average value measured in price per square foot (red line). By drawing a line (yellow) through the center of the value line, we see that the average appreciation rate in the 1990s has been re-acquired. Values went crazy high, and have dropped significantly, but only to a point where they are historically normal.

We will see values continue to slide as we try to rid the market of the glut of homes for sale in Tallahassee. This is not just a local trend, it is also a regional, state, and national trend as well. If all local markets made graphs like the one above, I suspect 90% would look very similar. Existing home sales will battle market forces until we see a return to equilibrium with supply and demand.

Existing Home Sales Topped All But Four Of Past 26 Years

The 2016 calendar year was the fifth best year of the past 26 years for existing home sales in Tallahassee.People who have ...

It probably makes sense to most people that new construction costs make buying a new home more expensive than buying one ...