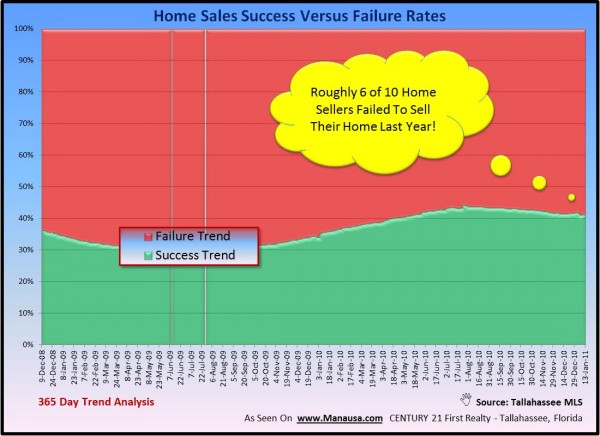 So, in simplified terms, we can say that over the past year, roughly 41% of the homes that were listed actually sold, while 59% of the listings taken failed to sell.

The failure trend is on the rise, and we can observe that it once rose to 70% in June 2009 and it might be heading back to that level now.

Most likely, the positive trend was heavily influenced by the Homebuyer Tax Credit, so we will continue to monitor both the success rates and failure rates on a daily basis, knowing that they are the keys to understanding the future direction of inventory change levels.